ACMI Is Extending Its 'Disney: The Magic of Animation' Exhibition Until January 2022

ACMI's ode to the Mouse House is reopening after lockdown — and keeping its 500-plus paintings, sketches, drawings and pieces of concept art on display until next year.

For a couple of months between mid-May and early August, around Melbourne's multiple lockdowns, the Australian Centre for the Moving Image became one of the happiest places in Australia. Hosting a huge Disney exhibition will do that, with the venue unleashing Disney: The Magic of Animation — complete with more than 500 original artworks, including paintings, sketches, drawings and concept art from the Mouse House's beloved catalogue of movies.

In great news for Melburnians, and for Australians still keen to immerse themselves in a big dose of animated magic, Disney: The Magic of Animation will reopen again on Saturday, October 30. In even better news, it's hanging around for an extended season, and will now run until Sunday, January 23.

So, whether you've always been a fan of Mickey Mouse, you can remember how it felt when you first watched Bambi, you're able to sing all of Genie's lyrics in Aladdin or you fell head over heels for Moana more recently, you'll find plenty worth looking at among ACMI's halls and walls. And in its doors, too, actually — because walking beneath mouse ear-shaped openings to move from one area to the next is all part of the experience. Of course it is.

Disney: The Magic of Animation also explores everything from 1928's Steamboat Willie — the first talkie to feature Mickey Mouse — through to this year's Raya and the Last Dragon. Obviously, a wealth of other titles get the nod between those two bookending flicks. Fantasia, Alice in Wonderland, Lady and the Tramp, The Jungle Book and The Lion King also feature, as do Mulan, Frozen, Big Hero 6 and Zootopia. And yes, many of these movies have been remade in live-action or photo-realistic CGI; however, ACMI's showcase is only about the animated films. 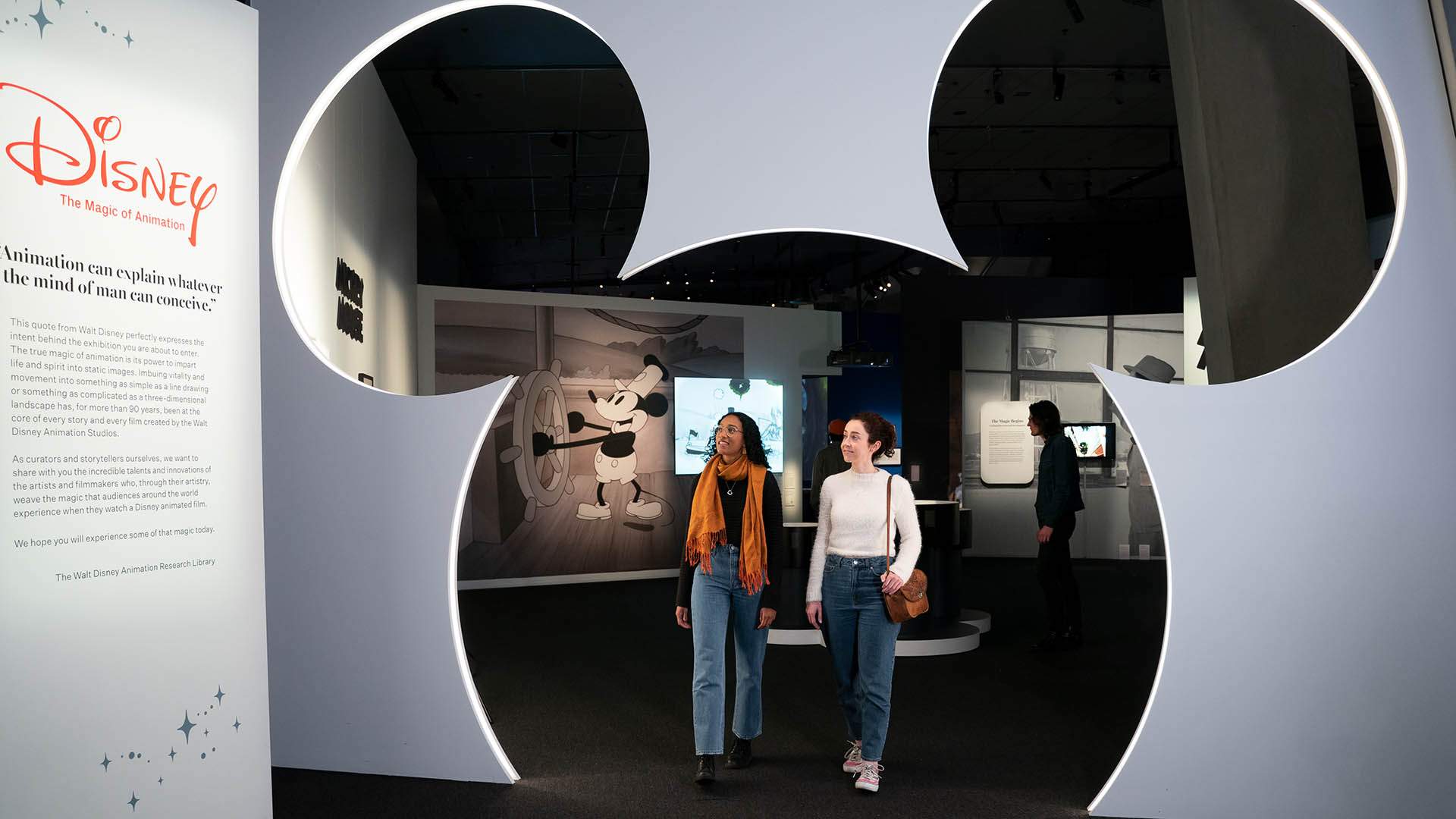 The big drawcard: art from the Mouse House's hefty back catalogue of titles, and heaps of it. The entire lineup has been specially selected by the Walt Disney Animation Research Library, and will let you get a glimpse at just how the movie magic comes to life, how some of Disney's famous stories were developed, and which animation techniques brought them to the big screen.

Get ready to peer at hand-drawn dalmatians (which is timely, given that Cruella released this year), stare closely at Mickey Mouse's evolution, examine Wreck-It Ralph models and pose next to Snow White. Wall-sized artworks pay tribute to a number of movies, too — The Little Mermaid piece is particularly eye-catching — and feeling like you're stepping into a Disney movie is an unsurprising side effect.

The extended season will also feature screenings, including sing-along sessions of The Little Mermaid, Moana, Frozen and Frozen 2 — plus a viewing of Disney's upcoming release Encanto. 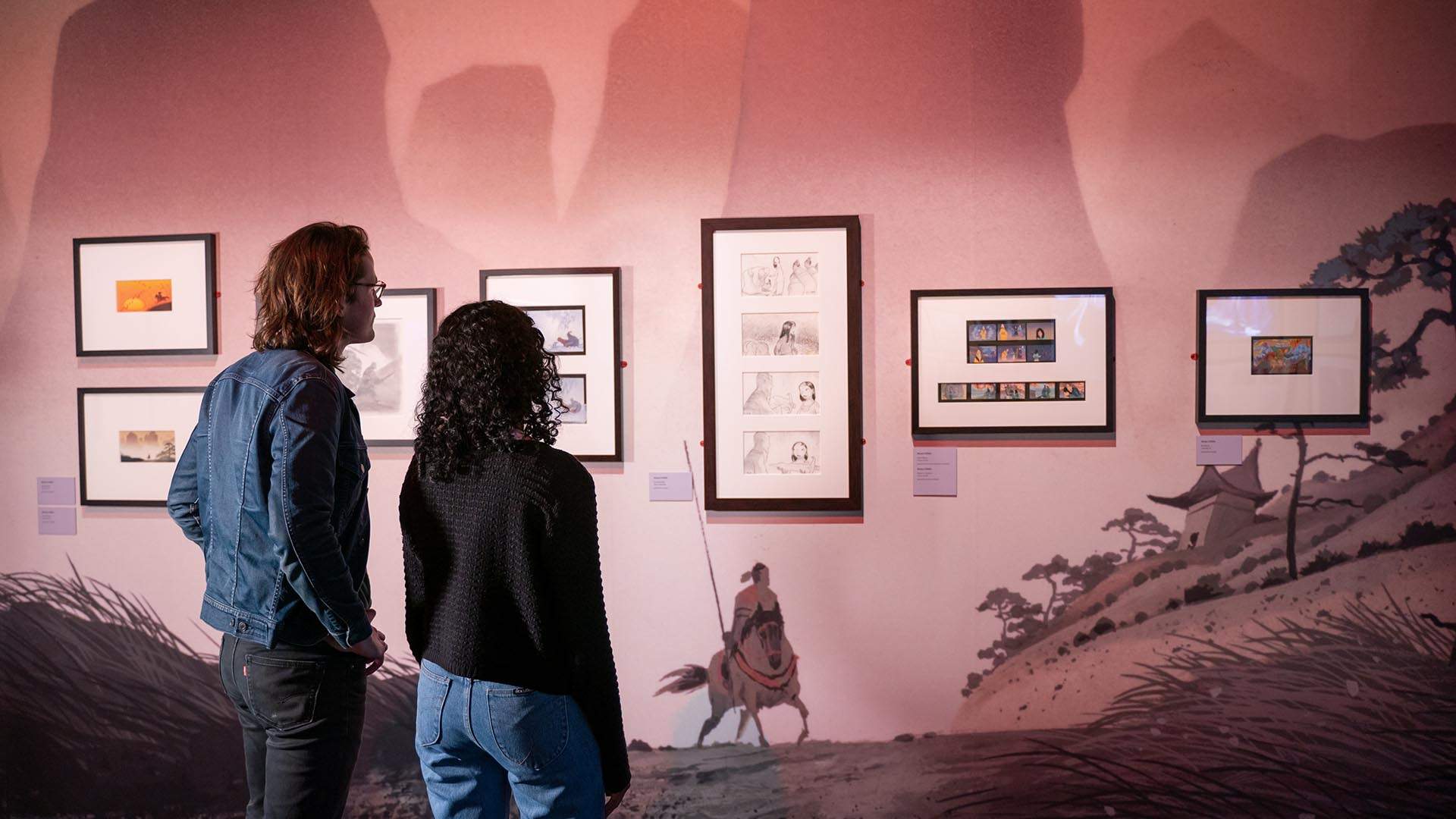 Disney: The Magic of Animation is actually ACMI's first big exhibition since it originally reopened back in February this year following its $40 million transformation. It's also an Aussie exclusive, so you won't be able to be its guest or ponder its tales as old as time anywhere else.

Given that Melbourne just came out of lockdown mere days ago, these kind of announcements are popping up with frequency at the moment, after Patricia Piccinini's latest exhibition just extended its run — and Moulin Rouge! The Musical locked in its delayed dates as well. So, Melburnians and Melbourne visitors alike, you're about to have quite jam-packed calendar.

Disney: The Magic of Animation will reopen on Saturday, October 30 at the Australian Centre for the Moving Image, Federation Square, Melbourne — and will now display until Sunday, January 23. For more information or to buy tickets, head to the ACMI website.