Even under normal circumstances, heading to the UK to see a theatre show isn't in most folks' budgets. So, for years now, Britain's National Theatre has beamed its performances into cinemas around the world via a series called NT Live. Over the past 12 months, however, the theatre has adapted to the online realm — first putting a selection of recorded productions on its YouTube channel for everyone to view for free, and now launching its own streaming platform.

Both initiatives have the same name — National Theatre at Home — but now, instead of waiting to see which play drops online each week, you can browse through a selection of shows whenever you like. The new streaming service does come with a fee, costing around AUD$18 (£9.98) per month or approximately AUD$184 (£99.98 per) year, but subscribers then have unlimited access. There's also a rental option, where you just pick whichever production you want to see and pay a one-off cost (from around AUD$13.50/£7.99) to watch within a 72-hour window.

All of National Theatre at Home's catalogue consists of previously recorded productions — which means that you can get cosy on your lounge, put your feet up and pretend you're at the theatre watching some of the company's greatest hits. New shows are added monthly, with subscribers receiving early access to new additions, as well as behind-the-scenes glimpses.

At the time of writing, theatre fans can choose between the first-ever National Theatre Live broadcast, Phèdre with Helen Mirren; William Shakespeare's Coriolanus, starring Tom Hiddleston; and a London-set modern update of Federico García Lorca's Yerma with Billie Piper. Other titles include Medea with I May Destroy You's Michaela Coel — plus Julie, an updating of the play Miss Julie, starring Vanessa Kirby. And some works, such as Mosquitoes with Olivia Colman and a new Nigerian-set version of Chekhov's Three Sisters, are being released for the first time.

On the technical side of things, you can stream National Theatre at Home via any web browser, or using Apple products (with iOS and tvOS), Google (through Android and Android TV), Roku TV and Amazon Fire TV. 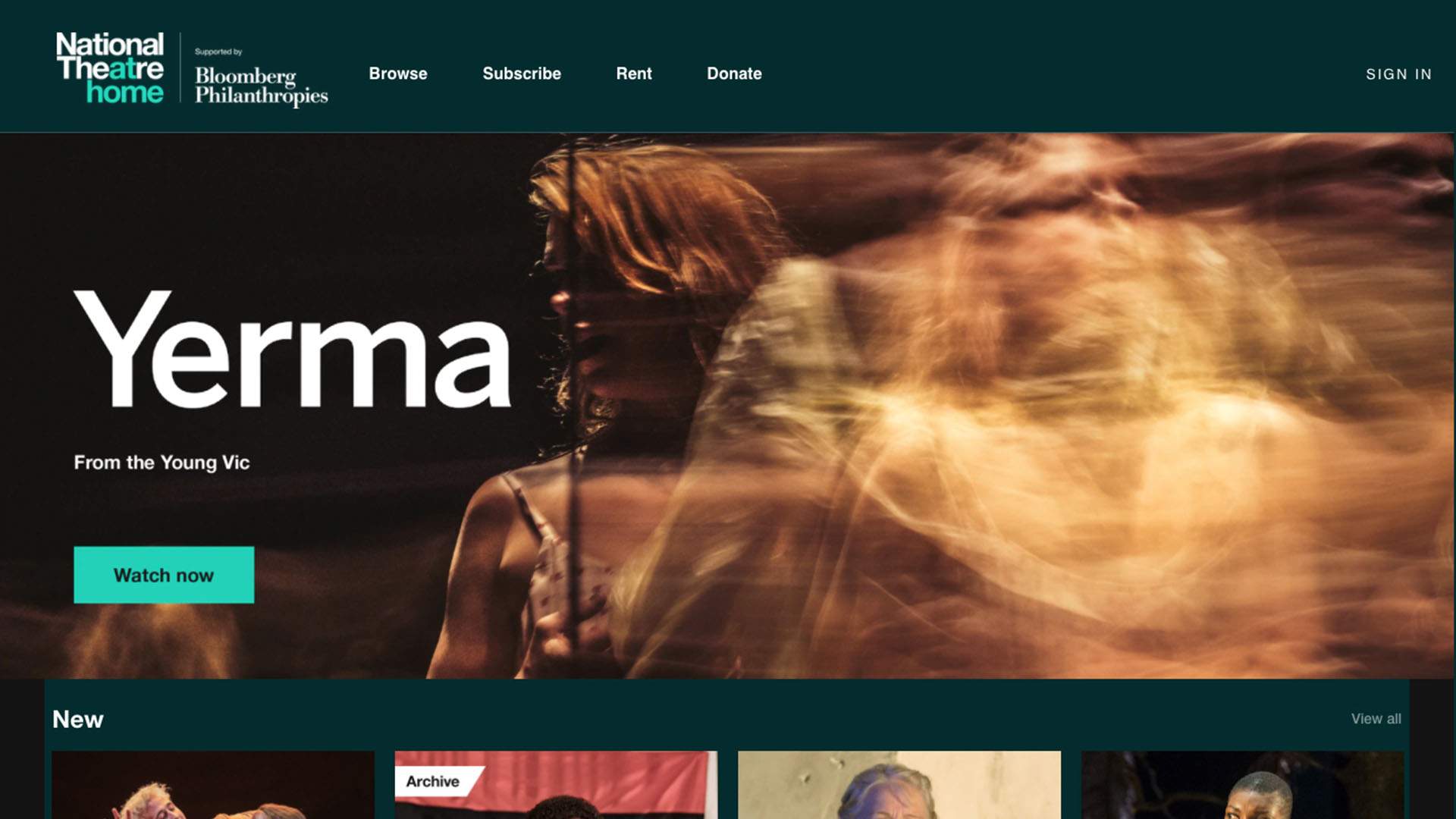 National Theatre's back catalogue is rather hefty — and star-studded, too. Accordingly, here's hoping that some of the company's absolute masterpieces also make the jump to the National Theatre at Home streaming platform in the future. Fingers crossed that its stripped-back version of Mary Shelley's Frankenstein, as directed by Trainspotting and Yesterday's Danny Boyle, and starring Benedict Cumberbatch and Jonny Lee Miller, is one of them — or its production of A Streetcar Named Desire with none other than Gillian Anderson as Blanche DuBois, alongside Ben Foster and Vanessa Kirby.

National Theatre at Home is now available online, with subscriptions costing around AUD$18 (£9.98) per month or approximately AUD$184 (£99.98 per) year.