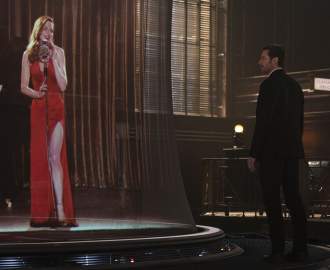 For the second year in a row, the AFL's biggest game of the season will be held outside of Victoria.

It's official: for only the second time in the more than three decades that the country's professional Aussie Rules competition has called itself the Australian Football League, the AFL grand final will be hosted outside of Melbourne. The game will move outside Victoria for the second year in a row, too.

After flagging last week that Perth's Optus Stadium would hold the biggest match of the 2021 season if the Melbourne Cricket Ground was unable to welcome in spectators, AFL CEO Gillon McLachlan has now confirmed that the grand final will indeed be held in Western Australia. Given that Melbourne is currently under lockdown for the sixth time during the pandemic, and that those stay-at-home conditions won't be ending this week as last outlined — and, even if Victoria's lockdown does end by grand final day, Melbourne's stadiums may not be permitted to host crowds under post-lockdown restrictions — the news comes as absolutely no surprise.

The game will still go ahead on Saturday, September 25, although exactly what time it'll kick off is yet to be revealed. Moving the match to Perth does means that 2020's night grand final won't be repeated, due to the time difference between Australia's west and east coasts — and McLachlan said that the AFL is looking at an afternoon or twilight time slot.

Also yet to be announced: the crowd capacity under Western Australia's restrictions. Optus Stadium can host 60,000 people, however.

The move comes after the 2020 grand final was held at the Brisbane Cricket Ground, aka the Gabba, thanks to Melbourne's lengthy stint of stay-at-home conditions at the time. This year, Perth will also host a Brownlow Medal function in the lead up to the decider.

Still, the grand final won't feature any Western Australian AFL teams, with both the West Coast Eagles and the Fremantle Dockers failing to make the code's finals season. At the time of writing, Melbourne, Port Adelaide, the Brisbane Lions, Geelong, Greater Western Sydney and the Western Bulldogs remain in the running. Just like last year, it really shouldn't have taken three decades for a competition that's not only named after the entire country, but that changed its moniker in 1990 to reflect the fact that it was no longer just about Victoria, to host its deciders in other cities. Before 2020, the grand final had actually been played at venues other than the MCG before — but still in Melbourne.

The MCG remains contracted to host the grand final for a significant period moving forward, however, with its agreement originally running through until 2057, then extended until 2058 as part of the arrangement to allow the game to be played at the Gabba in 2020. With the move to Perth, that contract with the MCG will be extended again until 2059.

If you're a Victorian — whether you've been missing the footy over the past month, or you're not fussed about the sport at all — you might be wondering about the usual pre-grand final public holiday. Although an official announcement hasn't been made as yet, Victorian Sports Minister Martin Pakula said during the press conference about the move to Perth that he expected that the public holiday will still go ahead, as happened last year when the game was played in Brisbane.

The 2021 AFL Grand Final will take place on Saturday, September 25 at Optus Stadium in Perth. For further information, head to the AFL website.