You'll soon have two Nintendo-themed amusement parks to visit, with the new addition to Universal Studios Hollywood joining its sibling site in Osaka.

If you've ever sat down to play Mario Kart on any of the various devices that the beloved game has popped up on over the years — Google Maps, mobile phones and reality also included — then you've likely learned two things. Firstly, rainbow roads are truly something else. Secondly, you can never have too much Mario in your life.

The folks at Universal Studios clearly agree on the second point, as everyone should, and they gave us an IRL Nintendo-themed amusement park in 2022 to prove it. Open for the past year, the globe's first Super Nintendo World is part of Universal Studios in Osaka, and it looks glorious — thanks to life-sized recreations of both Bowser's Castle (complete with spiked fences and heavy iron doors) and Peach's Castle, plus Mario Kart rides as well. 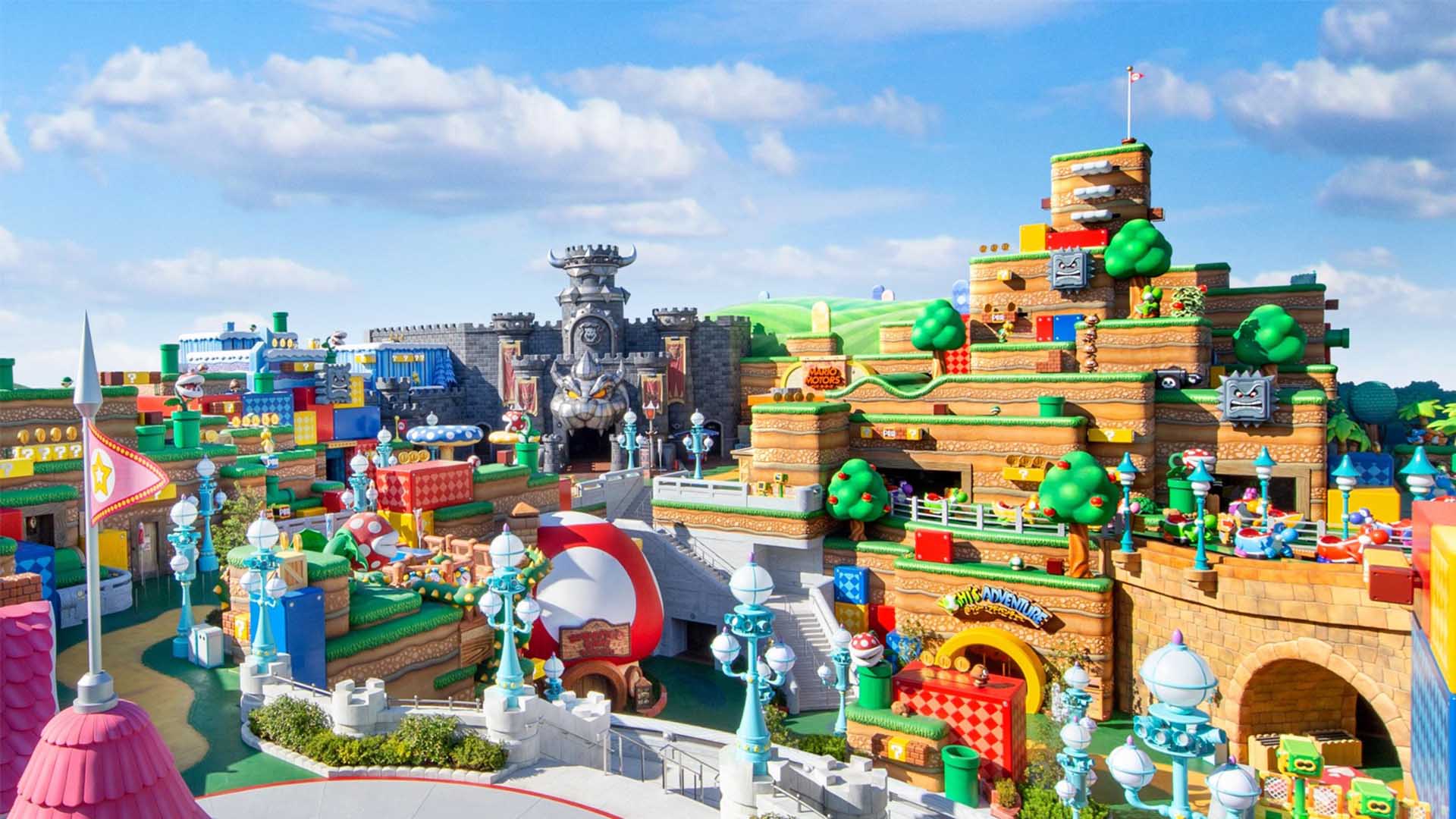 Super Nintendo World was never going to be an Osaka exclusive, though. The Japanese theme park isn't losing its latest attraction, but more were always planned for Universal Studios in Hollywood, Orlando and Singapore. And, come 2023, you'll definitely be able to live out your IRL Mario Kart dreams in Tinseltown, because that's when and where the next Super Nintendo World is opening.

Exactly what Universal Studios Hollywood's version will include hasn't yet been confirmed, and neither has an exact opening date — but if a trip to the US is on your agenda next year, it now has a new stop. In a press release announcing the 2023 launch, Universal Studios advised that the new Super Nintendo World will be "a visual spectacle of vibrant colours and architectural ingenuity located within a newly expanded area of the theme park, featuring a groundbreaking ride and interactive areas, to be enjoyed by the whole family", although that's obviously still quite vague. Unsurprisingly, themed shopping and dining will be a big part of the experience, of course.

#SuperNintendoWorld is opening in 2023 at Universal Studios Hollywood! Level up with exclusive merch at the Feature Presentation store, opening soon. pic.twitter.com/4qh0bDACGN

If you'd like to try to glean some clues from Osaka's Super Nintendo World, it lets you enter via a warp pipe — naturally — and there's simply no mistaking its Nintendo-themed space for anywhere else.

And, Osaka's Mario Kart fix comes courtesy of Mario Kart: Koopa's Challenge, where patrons race through familiar Mario Kart courses that've been brought to life. Yes, as you steer your way along the track, you're surrounded by characters such as Mario, Luigi and Princess Peach. You can also throw shells to take out your opponents, because it wouldn't be Mario Kart without them. If you're wondering how it all works, it's a blend of physical sets, augmented reality, projection mapping and screen projection, all designed to make you feel like you're really in the game.

Also a highlight in Osaka: Yoshi's Adventure, which lets you climb on Yoshi's back; the world's first Mario cafe, as kitted out with a red and green colour scheme; and wearable wrist bands, called Power Up Bands, which connect to a special app and allow patrons to interact with the site using their arms, hands and bodies (and enable you to collect coins just like Mario does in the Super Mario games). Fingers crossed that they all make the leap to Hollywood, too.

Super Nintendo World will open at Universal Studios Hollywood in 2023. For more information, keep an eye on the theme park's website.