Forget long-haul flights and lengthy stopovers — with New Zealand's borders reopening this month, you can enjoy these idyllic islands, gorgeous beaches and scenic regions just across the ditch.

Australians, you'll soon be able to do something you've probably only dreamed about for the past couple of years: book a getaway over the ditch. Come 11.59pm NZST / 8.59pm AEST on Tuesday, April 12, New Zealand is lifting border restrictions for Australian holidaymakers, and we can once again visit our closest neighbours for a getaway without having to isolate on arrival.

Yes, it's time to start planning a holiday — and NZ has plenty to offer if you're looking for an unforgettable travel adventure. Between geothermal phenomena, snow-capped peaks and wild beaches, the country is home to first-class snorkelling spots, dramatic volcanic landscapes, practically untouched coastal tracks and foodie paradises. To help you get planning for the year ahead, here are ten places worth working your 2022 travels around. 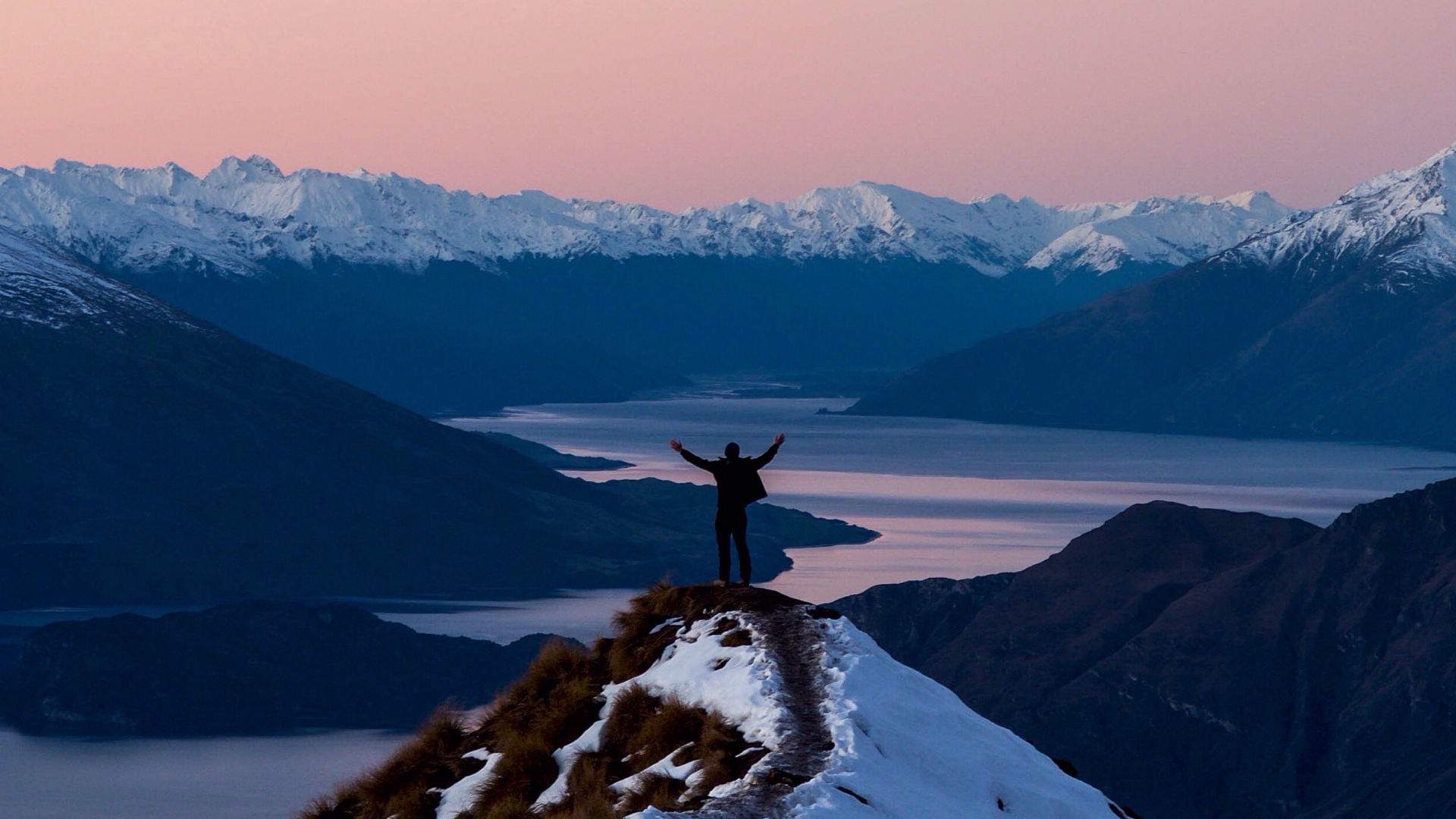 Just a one-hour drive from Queenstown over the dramatic Crown Range and through Cardrona Valley is Wānaka, a lakeside village offering an equal level of heart-stirring beauty as its larger sibling. Boasting its own microclimate, Wānaka regularly exceeds 30 degrees in summer, making a dip in the crystal-clear lake a rewarding prospect.

Winter is a different story, as the waters become icy and the surrounding peaks become cloaked in snow. One mountain worth conquering is Roy's Peak, a full-day track with breathtaking views across Lake Wānaka and Mount Aspiring. Once back on solid ground, the family-owned Maude Wines is highly recommended for wine lovers, while beer fans are spoiled for choice with everything from tasting rooms to open-plan breweries and garden bars. 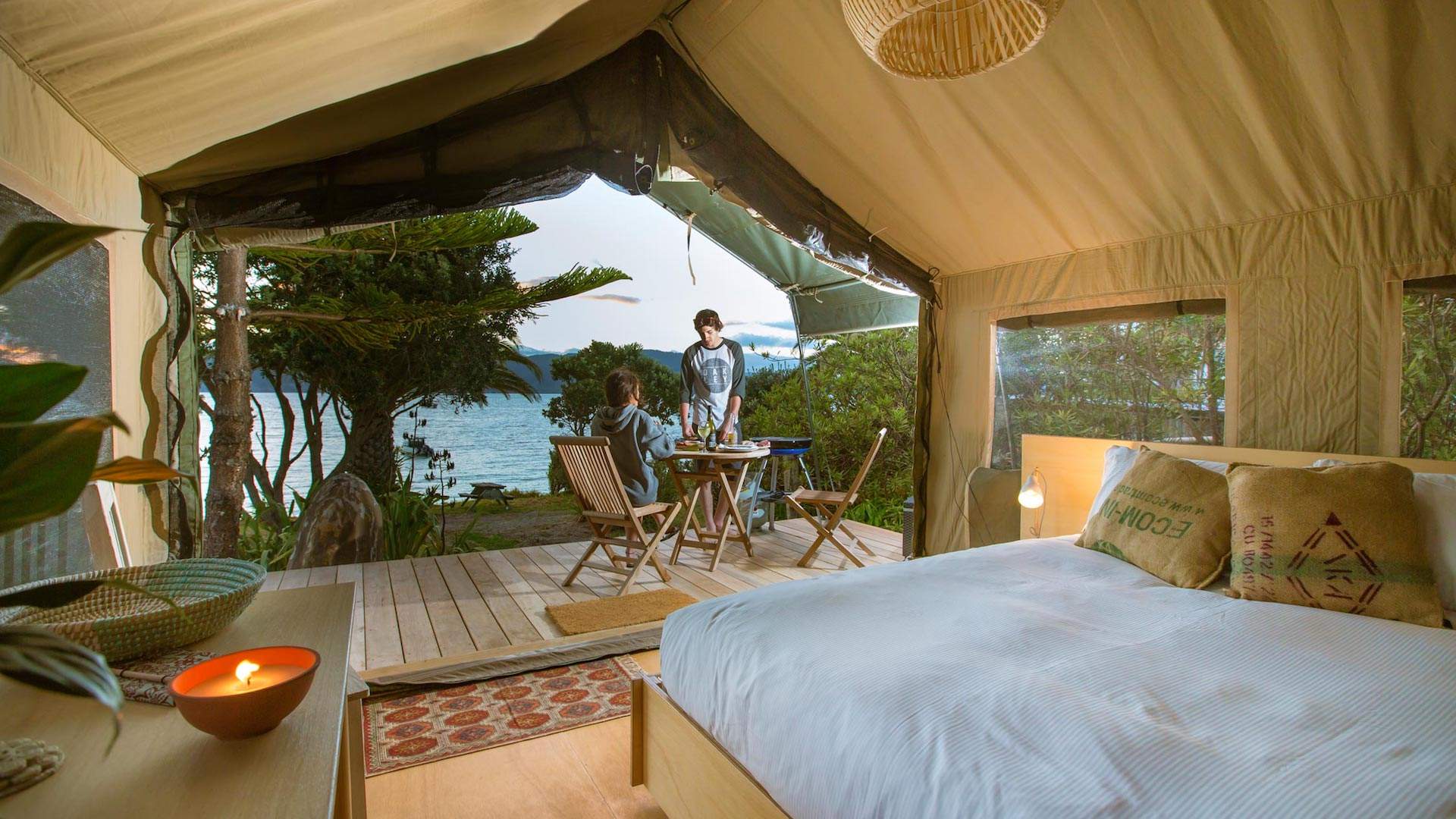 Ever dreamed of owning an entire island for the night? From $4500 you and 29 friends can have free rein of Slipper Island (Whakahau), an island located three kilometres to the east of the Coromandel Peninsula. There are plenty of accommodation options once you arrive on the 224-hectare island, including two-bedroom chalets and five-star glamping tents.

The western and southern sides of the island have white sandy beaches while the northern and eastern parts feature rocky cliffs and dramatic volcanic rock formations. The lighthouse at the eastern point of the island can be accessed by trail, while a shipwreck in the surrounding reef serves as a playground for underwater explorers. It can also be visited for day trips via water taxi or booked out for special occasions. Tongariro National Park is one of the most accessible and popular destinations for keen local explorers and international visitors alike. The dramatic volcanic landscape of the UNESCO World Heritage Site is a place of extremes and surprises, dishing up stark glacial valleys, stunning alpine views from Lake Taupo to Mount Taranaki, native beech forest, alpine meadows and emerald lakes.

The 43-kilometre loop track winds its way past the namesake Mt Tongariro and Mt Ngauruhoe, with the full walking and tramping route taking between three to four days to complete. Of course, you don't need to conquer the full trek. If the full slog sounds intimidating, a range of day and overnight trips can be planned for the entire family. 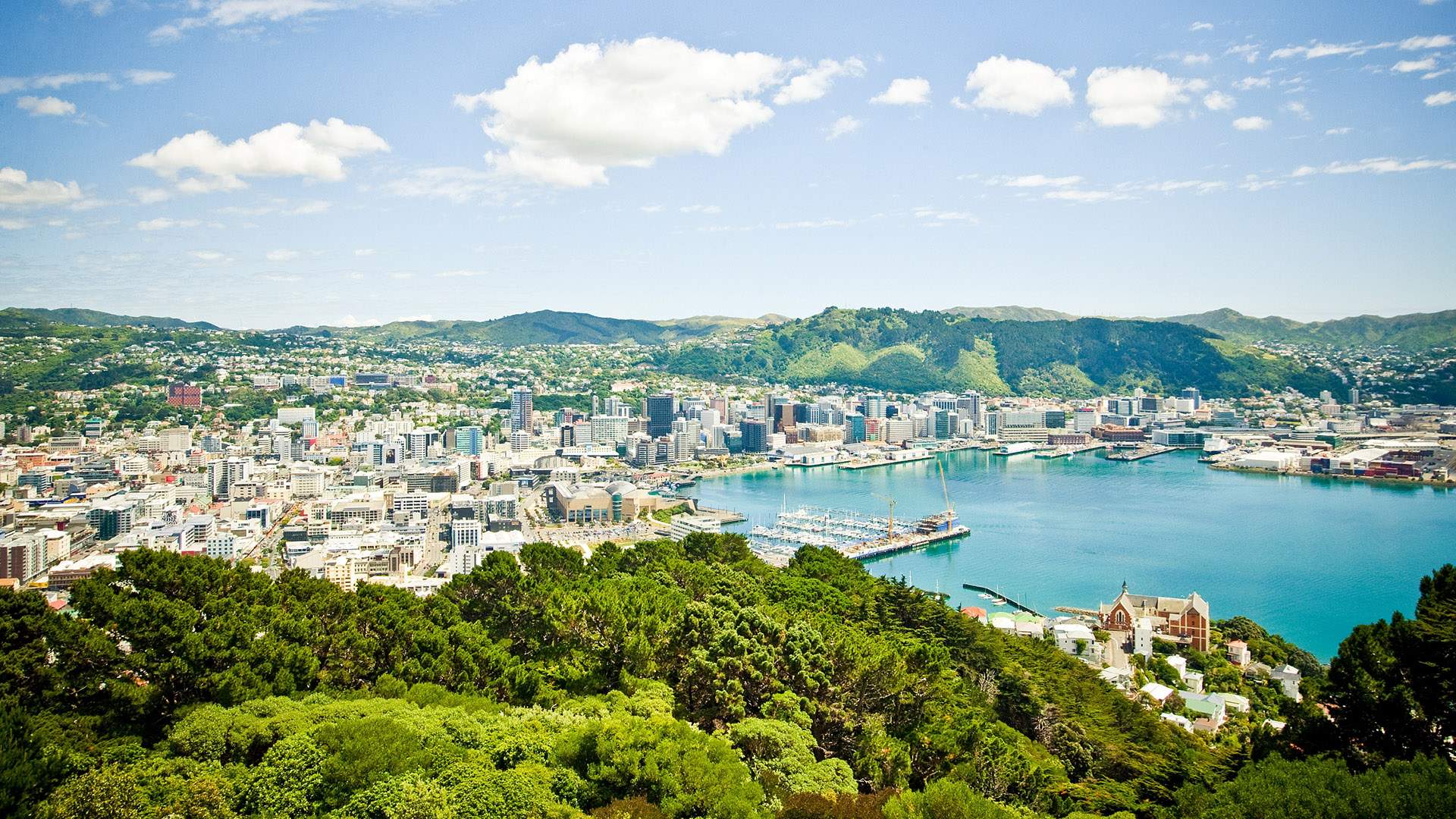 New Zealand's capital is brimming with more restaurants, cafes and craft breweries than you can poke a wizard's staff at. It's no secret that the city has more cafes, bars and restaurants per capita than New York City — meaning you'd have to try pretty hard to have a horrible meal or bevvy in the city. (Here are five spots to get you started at any rate.)

Your weekend on the waterfront might also include wandering through street art-filled laneways, copping postcard-worthy views from the top of Mount Vic, taking in some culture at our national museum or getting up close and personal with native birdlife at the world's first fully-fenced urban ecosanctuary. The relatively small Wellington CBD also makes hopping around the city, and between eateries, a breeze. The Abel Tasman National Park is best known for its coastal track which bypasses stunning shoreline and lush native bush between summer hot spots. A 60-kilometre one-way journey might seem like a long way to trek, but when you can set your pack down and rest on secluded golden sand beaches, it's well worth it. On the way you'll discover Cleopatra's Pool — a natural rock pool with a moss-lined waterslide — negotiate tidal crossings, walk across a suspension bridge and encounter a seal colony.

If you'd prefer a more relaxing adventure, you can take a water taxi or kayak between different locations. Top beaches worthy of a visit include Anchorage Bay, which is home to the track's first large camping spot, Torrent Bay, Kaiteriteri and Awaroa. Northland's Poor Knights Islands and its underwater network of caves, cliffs and tunnels are renowned for their diving and snorkelling. Jacques Cousteau once rated the area as one of the top ten dives in the world. The sea surrounding the islands has been a marine reserve since 1981, and offers a great variety of underwater habitats to explore, from kelp forest and sponge gardens inhabited by a multitude of exotic fish, to black coral found in deeper waters and the steep cliffs that plunge up to 100 metres below sea level. Alongside a rainbow of reef fish and bottom dwellers, during the warmer months you may encounter a squadron of stingrays. Standing at 3724 metres, Aoraki/Mount Cook is New Zealand's tallest mountain. With its sharp peak and plummeting crevasses, the sheer sight is enough to keep you on edge, but the company of the mountain is oddly comforting. Ngai Tahu, the main iwi of the region, consider Aoraki as the most sacred of the ancestors that they had descended from.

The name is believed to mean cloud piercer. Ascending the steep peak is no easy feat and should be reserved for the most experienced climbers, or those safely tucked inside a helicopter. From Hooker Lake, south of the mountain, the modern explorer can indulge in the ever-inspiring lake and mountain. As you drive into the region, past the electric blue Lake Pukaki, and catch the first glimpse of the mountain in the background, you know you're in for a vision of a lifetime. This windswept beach at the top of the South Island has to be one of the country's most photographed sections of coastline. Wharariki is only accessible via a 20-minute track from the end of Wharariki Road, which travels over farmland and through coastal forest. With particularly big seas, sightseeing is the number one attraction here — and the Archway Islands will certainly serve up the goods. The group of four rock formations rising from the tide provide an exception photo opp, especially if you decide to tour the region on horseback. Sitting on the western knob of the North Island, halfway between Auckland and Wellington, is New Plymouth — one of the country's best-kept secrets and a town bored of being thrown into the same basket as Palmerston North. The charm of the region is no longer under wraps; the destination was most recently given the reputable accolade of 'the second-best region in the world to visit' by influential travel guide Lonely Planet.

At the heels of the mighty Mount Taranaki, or mini-Mount Fuji, you'll find a blossoming foodie paradise, a thriving arts scene and world-class festivals like WOMAD and Tropfest. The 13-kilometre coastal walkway is a must when visiting the region — head along the winding trail past the rugged coast and popular surf beaches.

Elsewhere, the Len Lye Centre is the first gallery in New Zealand dedicated entirely to a single artist. The structure's undulating stainless steel exterior is a major landmark in the CBD, a work of art in itself, and gives great insight into the groundbreaking artist and his obsession with 'art of movement'. This epic 88-kilometre-long stretch of sand has to be seen to be believed. The famed northland beach starts near Kaitaia and makes its way up to Cape Reinga. At low tide, the beach is officially a public highway, but don't even think about bringing your rental hatchback here — several have been swallowed by the unforgiving seas. The dunes at Te Paki in the north are famously used for bodyboarding — just expect to take home pockets full of sand. Bring water and sunscreen.

From 11.59pm NZST / 8.59pm AEST on Tuesday, April 12, double-vaccinated Australian tourists will be able to holiday in New Zealand without needing to isolate on arrival. Tourists will be required to test negative for COVID-19 with a PCR or RAT before leaving Australia for their trip, before providing negative tests on day one and day five of their stay in New Zealand.