Warhol, Chagall, de Kooning, Gauguin, Matisse, Rembrandt, Renoir — what a bunch of big fat fakes. You'll need to look a little closer at the latest exhibition in New York City's Center Gallery, because every last work is 100% sham. Until this August, the FBI had these frauds locked away, never to see the light of day again.

In a rare moment of public awesomeness from the Feds, Fordham University's Center Gallery plays host to a collection of seized forgeries from the evidence stores of the FBI Art Crimes department. From a Warhol Brillo Box to De Kooning's seminal work Woman, I, each work in the aptly named Caveat Emptor (let the buyer beware) exhibition has been certified by the FBI as a genuine forgery. Many have been classified and reclassified over the years, with the FBI fine-tuning their art crime detection techniques and nailing some big-time fraudsters.

Art forgery has been around for thousands of years, from ancient Roman copies of Greek marbles to Michelangelo allegedly “borrowing” master works, copying them and returning the imitations to their owners (so Vasari says). Forgeries still plague the FBI today; this exhibition is running at a rather testy time for New York's art world, with the recent accusations against an NYC art dealer who allegedly scammed two big-time Manhattan galleries out of up to US$33 million with counterfeit Rothkos, Pollocks and De Koonings. So how do you tell a genuine fake? Luckily for this forgery noob, an NYC conservator casually inhabiting the gallery noted the tell-tale subtleties in the works, tiny details you really have to be looking for to notice. Warhol's 1972 Mao for instance, can be dethroned by the painted staples (Warhol mass-produced his works, stapling the dried canvases afterward). Boom! Fake. The forged Matisse work sports an identical style to the French master; however, the lifeless colour palette may have pricked the suspicion of the buyers. Voila! Faux.

So, not dissimilar to RSVPing to a tacky nightclub launch, why would you knowingly head along to a room full of fakes? Caveat Emptor inevitably makes you question the value of a 'real' work of art, as the works on the walls are technically not works at all; they're all evidence in art crime, as damning as a fingerprint-mottled pistol or balaclava left at the bank.

It's a staggering thought that an unknown artist could have the gumption to recreate Rembrandt or photocopy Gauguin. With a few minuscule muck-ups, the works are almost carbon copies of the original masterpieces. It's hard to tell whether the exhibition is a celebration of the brilliance of the FBI, the works sitting like mounted trophies, or the genuine skill of the 'artists' themselves. The works are even faux-signed by the forgers, with as much attention paid to a spot-on signature as the work itself.

For legal reasons, we can't meet all the makers of these bonafide recreations. Unfortunately, that's often classified. One of the greatest art forger's in history, Ken Perenyi, wrote his own salacious story in a book not so coincidentally called Caveat Emptor: The Secret Life of an American Art Forger. Luckily enough, one of Perenyi's favourite masters to copy was English maritime painter James E. Buttersworth, a fraudulent copy of whose is included in the exhibition.

Though the novelty of sort-of-seeing Warhol's Mao next to a tiny Renoir study is undeniably fun, there's something about the hand of the master artist that's missing. That being said, these phonies sure can paint. 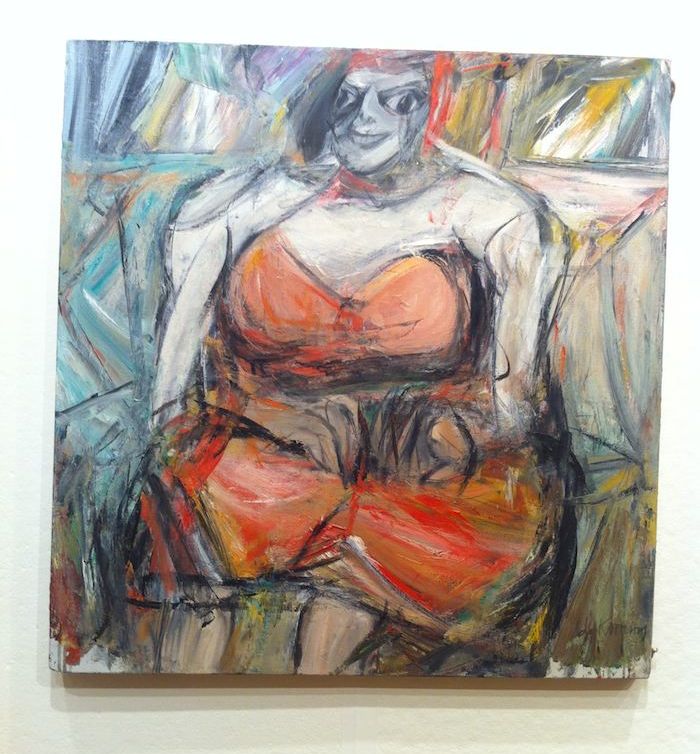