Ask any long-term Brisbanite, and they'll rattle off a list of great things about this fair city of ours. The glorious year-round weather, the plethora of spots to relax by the river, the ability to head either up or down the coast for a quick weekend away — they're all certain to rate a mention. So too should Brisbane's abundance of places where you can take a relaxed hike through nature. Just because you live in a city, that doesn't mean you don't want to go for a scenic mosey without straying too far from home, after all.

As a result, all those nearby hiking trails are looking particularly attractive. Grab your partner, pack yourselves a picnic, jump in the car and get ready to start breathing in the fresh air while putting one foot in front of the other. To help, we've rounded up five ace locations that fit the bill. 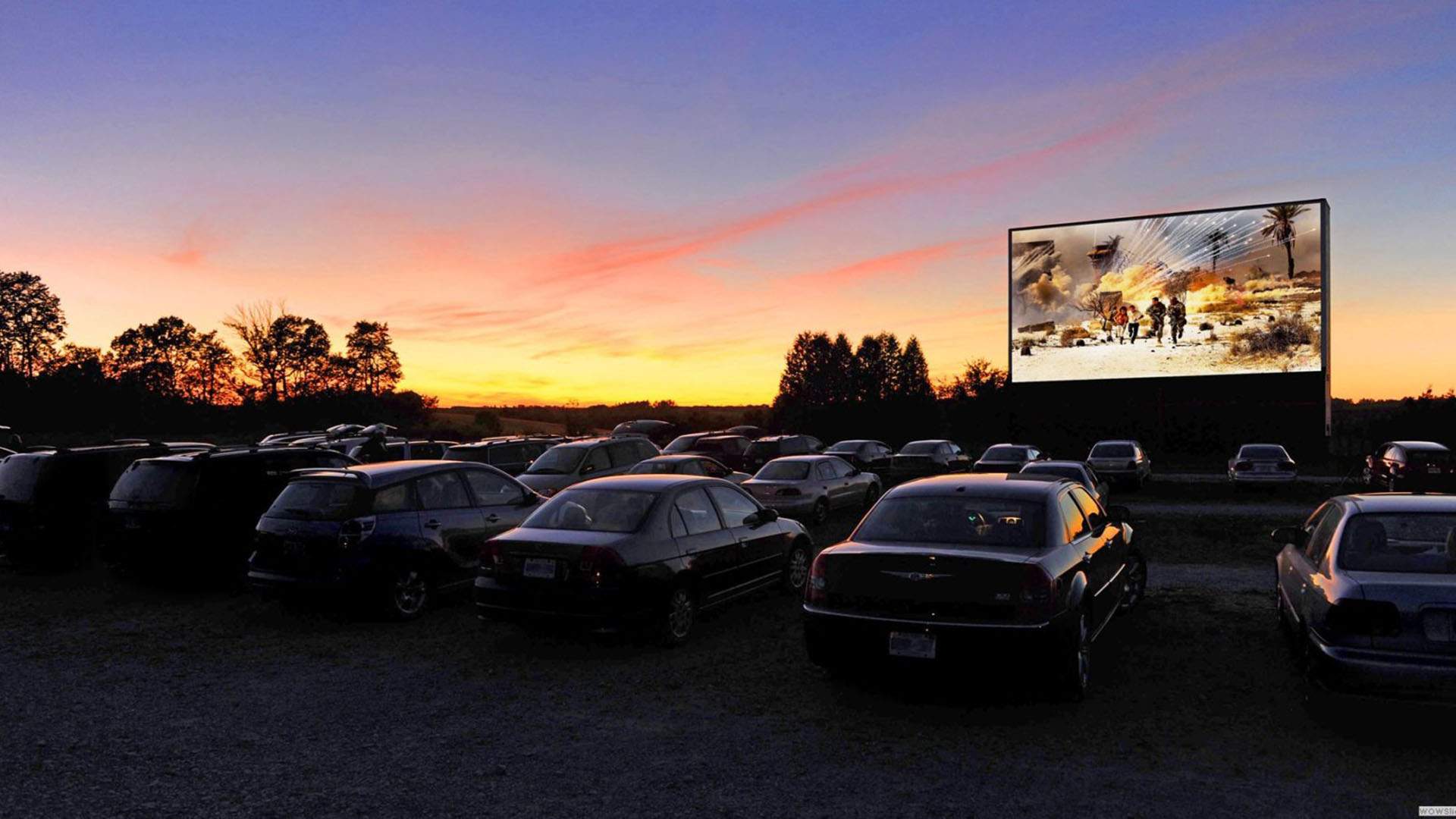 CATCH A FLICK IN YOUR CAR UNDER THE STARS

When movies started showing on southeast Queensland's big screens again, Yatala Drive-In was the first to turn on its projectors. And, with life in the state slowly returning to normal, the beloved openair cinema is playing movies under the stars seven nights a week — all while everyone is social distancing in their cars, of course.

On the bill this week: singing along to The Killer Queen Experience and Bohemian Rhapsody, going retro and romantic with Dirty Dancing and The Notebook, giving your other half a fright and a laugh thanks to Scream and Scary Movie, and revisiting 10 Things I Hate About You and Ghostbusters.

As always, your night at the flicks will cost $35 per car, which covers up to six people. You can also pay an extra $40 and receive a feast of snacks to munch on while the movie plays. 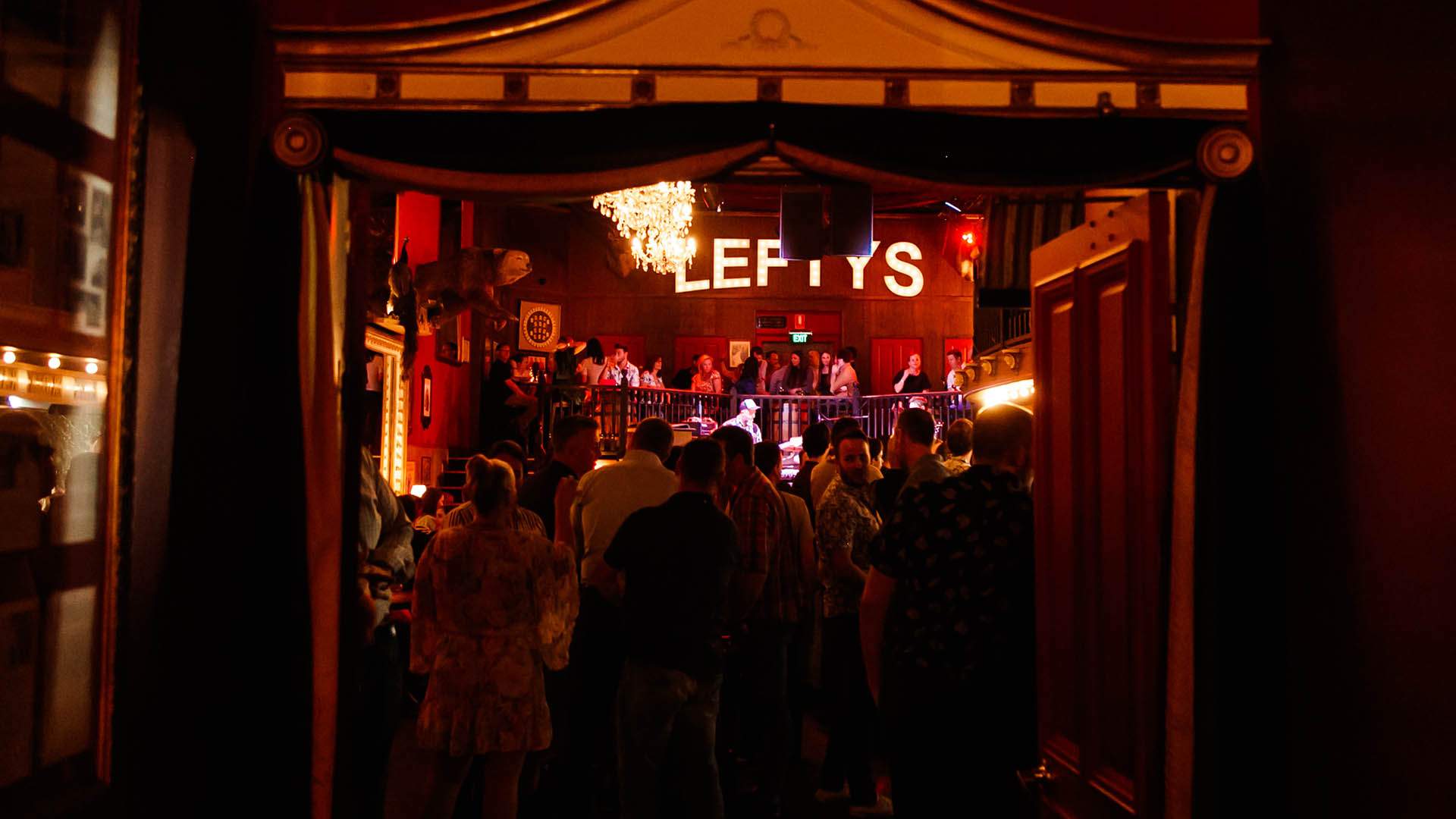 TAP YOUR TOES TO LIVE TUNES

While the dive bar-style spot is now called Lefty's Music Hall and is run by Hallmark Group Australia — the folks behind Jamie's Italian, Jamie Oliver's Pizzeria, Finn McCool's and Retro's Cocktail Lounge — not much else has really changed. If you and your favourite person have been fans of its honky-tonk saloon theme, famed whisky apples and live music lineup since it originally launched back in 2013, that's all sticking around in the new iteration, which originally launched at the end of February, then reopened again in June post-COVID-19 lockdowns.

So are Lefty's vintage chandeliers, crimson walls and the sizeable mirrors splashed around the place. Also staying put: its black leather booths lit by candles, giant curved bar, smattering of moose heads, wall-mounted bear and peacock, and heavily used stage and dance floor. Basically, it's a case of 'if it ain't broke, don't fix it'. That seems understandable given how popular the venue has always been, as well as the reaction when it was shuttered suddenly.

Other than that popular blend of whisky and freshly juiced apples, the relaunched bar is serving plenty of boutique beers and, obviously, whisky. Food-wise, American-themed snacks are on offer — such as hotdogs, chicken wings, fried chicken burgers, and both cheeseburgers and cheeseburger spring rolls.

As for its entertainment lineup, it's once again focusing on rockabilly and country music, showcasing local, Australian and international talent. Feeling chilly, Brisbanites? Yelling "brrrrrrrr" more often than you'd like? Don't worry — the frosty season comes bearing gifts. Indeed, at the just-reopened Riverbar and Kitchen, there's plenty of things to heat up you and your special someone.

On the menu for winter: pizza cob loaves for $18, lychee mojito jugs for $39 and — to keep you extra warm — open flames, fire pits and faux fur loungers. You'll find them on offer from 12–8pm Monday–Thursday, 12–10pm Fridays, 9am–10pm Saturdays and 9am–6pm on Sundays, with bookings recommended for groups of four and over.

That said, entry is free, as is the warm, fuzzy feeling you'll get when you've been heated head-to-toe by hot cocktails, hot food and hanging out by the fire — all while socially distancing, of course.

Riverbar's new specials are here for winter, although the venue hasn't announced exactly when they'll end — so if you need an excuse to drop by sooner rather than later, that's it. EAT DINNER IN THE DARK

When it comes to eating at a restaurant, everyone broadly knows what to expect — even in the time of COVID-19. You mosey on in, sit at a table, chat with whichever wonderful person happens to be sharing the meal with you, make plenty of eye contact over wine and dinner, and spend ample time soaking in the eatery's vibe and decor. That's the general process we've all been through countless times.

Now, imagine what your romantic dinner would be like if there were no lights. Actually, you don't need to imagine — you can simply head along to The Mix Bar's returning Dining in the Dark series. There'll be food, drinks and everything else that goes along with the experience, but absolutely no illumination.

The idea behind the concept is to heighten your other senses — taste, obviously, but also smell — and allow you to experience dinner in a completely new and different way.

If you're keen, tickets cost $89.50 for a three-course sitting, with the Woolloongabba spot going dark on select Fridays — with the next event held on July 3.

Bookings are required, with pre-payment — and, even with the lights out, social distancing will be in effect.

Published on July 01, 2020 by Concrete Playground