It's the latest step towards rolling out digital ticketing on public transport statewide, with more lines set to trial smart ticketing later this year.

When Queensland's Go Cards were introduced, they were billed as a quicker, easier way to pay for public transport — but if you've ever had trouble topping up, been wrongly slugged for not touching off or been forced to pay paper ticketing prices after leaving your card at home, then you might disagree. In fact, you've probably been dreaming of a day when you won't need that little piece of plastic. Well, we have good news: ditching your Go Card is getting closer to becoming a reality.

Back in 2018, it as revealed that the Queensland Government was planning to trial and implement electronic payment methods for public transport. Then, in 2020, the first such test got underway on the Gold Coast. The latest step: giving the smart-ticketing technology a run on Queensland Rail services, which is what's happening on the Ferny Grove line right now.

So, since Monday, June 6, you can now pay for your ticket using your smartphone; Visa, MasterCard or AMEX credit or debit card; or smart watch. All you need to do is tap on and off using your card or device, as long as you're only travelling between Ferny Grove and Central stations — not beyond.

From Mon 6 Jun, our next #SmartTicketing customer trial is coming to Ferny Grove train line!🚆
You'll be able to tap on & off using a credit or debit card, smartphone or smart device.* https://t.co/74kjENTV4a
*T&Cs apply. For travel between Ferny Grove & Central for adult fares. pic.twitter.com/gwuHMcQ6ra

In even better news, the train trial will be expanded to include other lines before 2022 is out, although which routes will be covered hasn't yet been advised. That said, more than 230 smart ticketing gates will be installed across 19 Queensland Rail stations.

After that, the contactless payment testing will move to Queensland buses and ferries, covering more than 13,500 smart ticketing onboard payment devices.

And if you're wondering how the Goldie's light rail trail has been going, more than one million trips have used the technology as at May 2022. 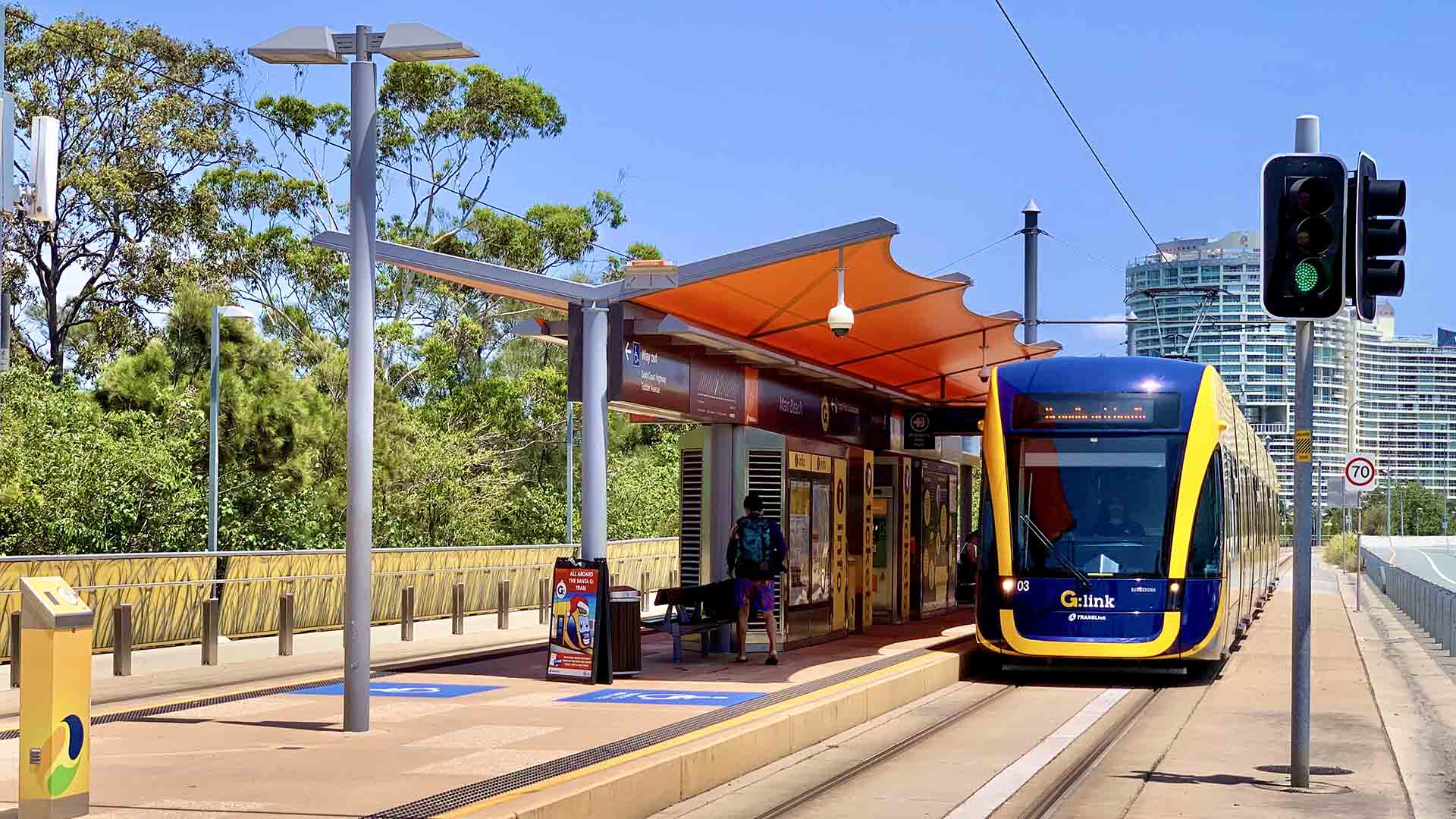 Queensland Government $371 million smart-ticketing project is designed to complement rather than replace the existing system. That means that if you do happen to be attached to your Go Card for some reason, you can keep using it.

Originally, the plan was to roll out the system across all of Queensland by 2023; however, whether that's still the case, and exact timings of when Brisbanites can expect to ditch their Go Cards, hasn't yet been revealed.

Smart ticketing is currently being trialled on the Ferny Grove line on Queensland Rail trains. For further details, head to the Translink website.