The Eagle Street stretch of the river is about to undergo a huge transformation, gaining two new towers and 9000 square metres of public space.

Home to restaurants, bars and nightclubs — and ace views out over the river, too — Eagle Street Pier has been a key part of the Brisbane CBD for three decades. But within six months, it'll no longer be a waterside go-to for food, drinks and a night out. As initially announced back in 2018, the complex is set to close and be torn down to make way for a new $2.1 billion precinct.

Work on Waterfront Brisbane, as the new development has been dubbed, was meant to kick off in 2020; however, we all know how the past few years have turned out. Instead, construction is now set to commence before 2022 is out — and that means that Eagle Street Pier's retailers have been given six months to vacate the premises.

The list of venues given notice to leave is a sizeable one, including Naga Thai, Coppa Spuntino, Rico Bar and Dining, Fatcow Steak and Lobster, and City Winery, as well as Saké, George's Paragon and Mr & Mrs G Riverbar. The complex is also home to a Grill'd, Guzman y Gomez, The Coffee Club and The Bavarian, plus Jade Buddha.

Accordingly, Brisbanites now have until around July to say farewell to all of the above spots — although exactly when each venue will close around midyear will be up to the individual retailers. Once Eagle Street Pier has been demolished, construction will start on Waterfront Brisbane's sprawling precinct. In the works: two new office towers, a revamped riverwalk, more views over the river and 9000 square metres of sprawling public space right by the water. There'll also be new hospitality venues, as well as large public plazas that open out to the river.

The riverwalk will be wider, reaching six metres in width for its whole length, and giving cyclists and pedestrians more room to share the path. And, it's gaining a new 280-metre span to replace that'll connect Waterfront Place to the Riparian Plaza, replacing an existing path. It'll also be designed to connect to the upgrades being made to the Botanic Gardens riverwalk, as well as the planned Kangaroo Point green bridge — and it's expected to reopen by 2024. 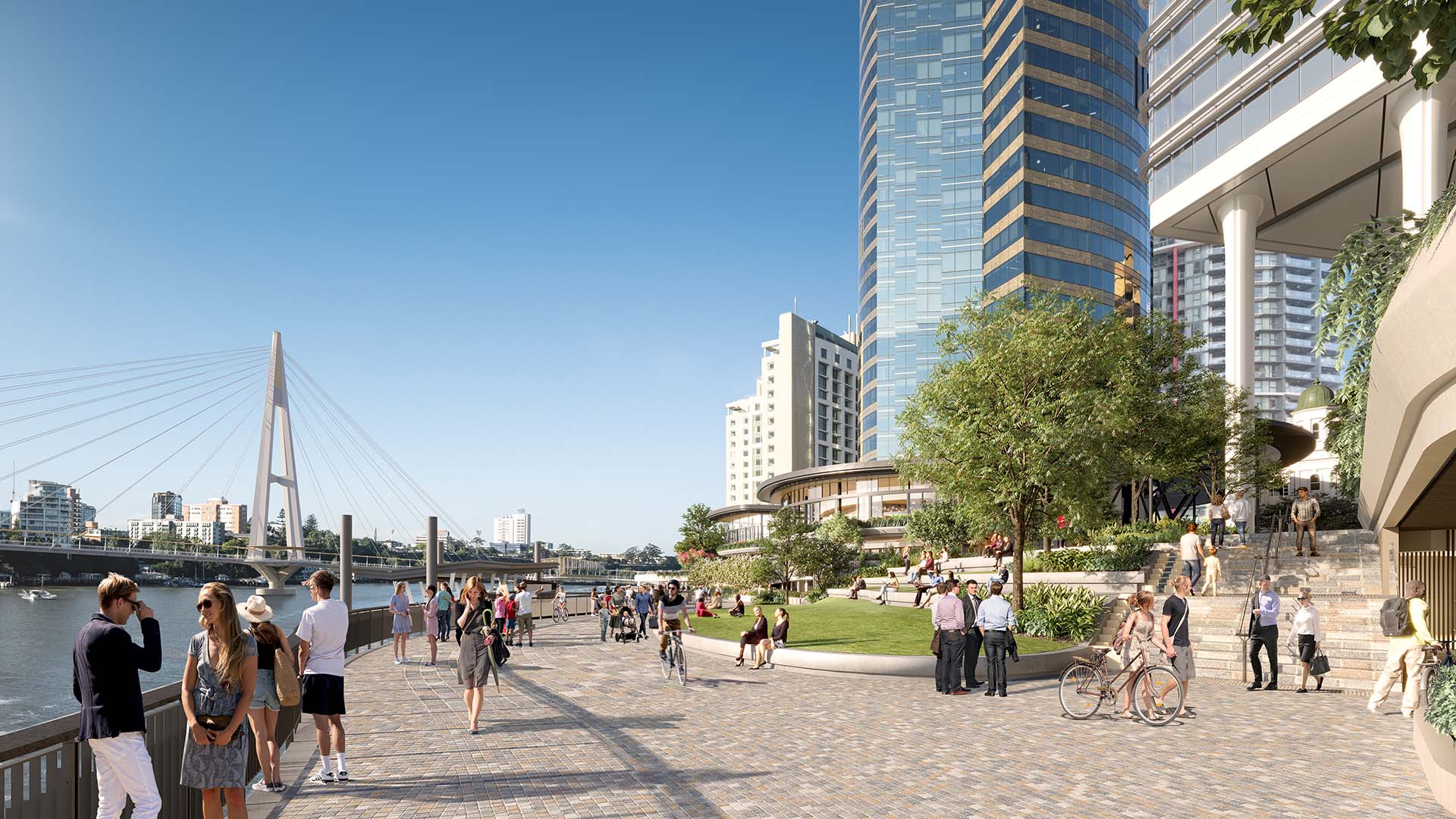 The rest of the precinct is slated to begin welcoming in the public around 2026, which is when the first tower is set to open.

In the interim, heritage-listed Naldham House will house a dining venue from later in 2022, as run by DAP and Co, who already operate Popolo, Walter's Steakhouse and The Gresham.

Expect this patch of Brisbane to look a whole lot different, though, in what'll be the biggest change to this part of the river since Eagle Street Pier was built back in 1989.

Waterfront Brisbane is expected to reopen the Eagle Street riverwalk by 2024, and complete its first tower by 2026. For more information, head to the Dexus website.