Australia has more than 47,000 kilometres of coastline and 10,685 beaches, according to the folk at Sydney Uni's Coastal Studies Unit, who've somehow managed to count them all. And, come summer, there's no better way to get to know them than from the thin walls of your tent, with the waves just a stumble away and surrounded by kangaroos, wallabies, possums, wombats and echidnas. To get you started, here's where we reckon you'll find some of the nation's optimum beach camping conditions. Noah Beach, found about 80 kilometres north of Port Douglas, is one of few places in the world where you can camp between a reef and a 130-million-year-old, World Heritage-listed rainforest. Among the Daintree's 1200 square kilometres, you'll meet 90 percent of our bat and butterfly species, seven percent of our birds and three percent of our frogs, marsupials and reptiles — crocs included. The campground is just 50 metres from the beach and facilities are basic, being limited to tap water and biocycle toilets. Forget mobile coverage. Advance bookings are essential. 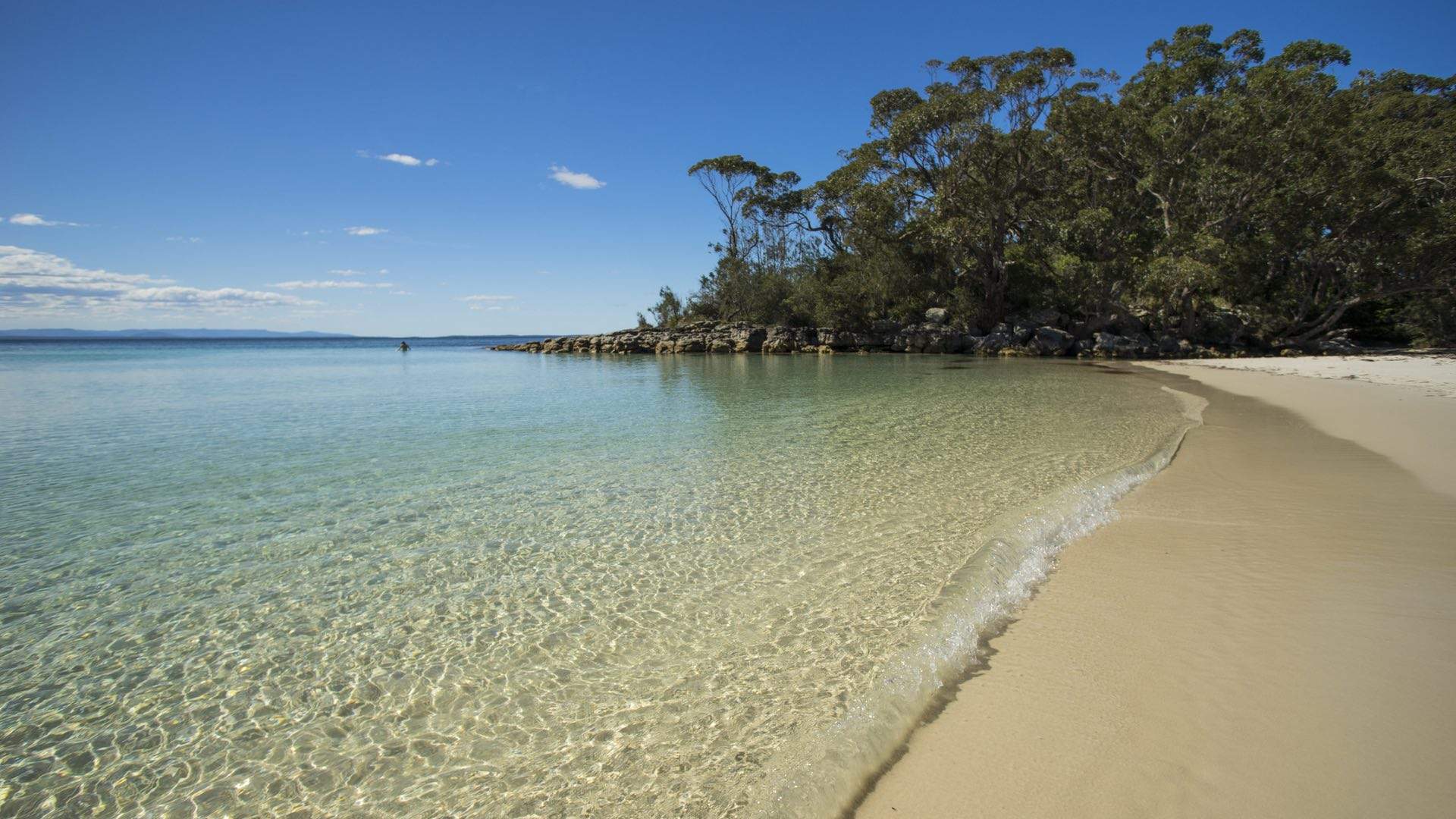 Residents of Lucky Bay, WA, might tell you that their sand is the whitest in Australia (if not the world) but Jervis Bay's locals will argue. Found 200 kilometres south of Sydney, Jervis Bay is nine times bigger than Sydney Harbour, the deepest bay in Australia, and home to 25-kilometres of unspoilt beaches, protected for the most part by Booderee National Park. There are three beachside campsites to choose from - for still water, go for Green Patch; if you're taking your surfboard, opt for Caves Beach. Bookings, available online, are essential during summer. For things to do and places to eat (and, most importantly, drink), check out our weekender's guide to Jervis Bay. 40 minutes southeast of Esperance, in Le Grand National Park, lies five kilometres of sparkling shoreline known as Lucky Bay. And, with tent in hand, you can sleep just metres from its pristine, white sand. When you're done with sunbathing alongside kangaroos, conquer the 15-kilometre Coastal Track, which takes you to Rossiter Bay via Hellfire, and the three-kilometre Frenchmans Peak, which gives you epic panoramas. The campsite has room for 22 parties, as well as a camp kitchen, toilets and hot showers. Bookings aren't available — simply turn up and try your luck. Wilsons Promontory National Park covers more than 50,000 hectares of rugged mountains, empty beaches and rainforest at the southernmost point of the Australian mainland. One of the best campsites here is Tidal River, which puts you on the edge of both sea and river, among wallabies, echidnas and wombats. There's room for nearly 500 campers, toilets, hot showers, free gas barbecues, dishwashing stations, washing machines, device charging stations and an open air cinema, which has been showing flicks since the 1940s. Advance bookings are essential. 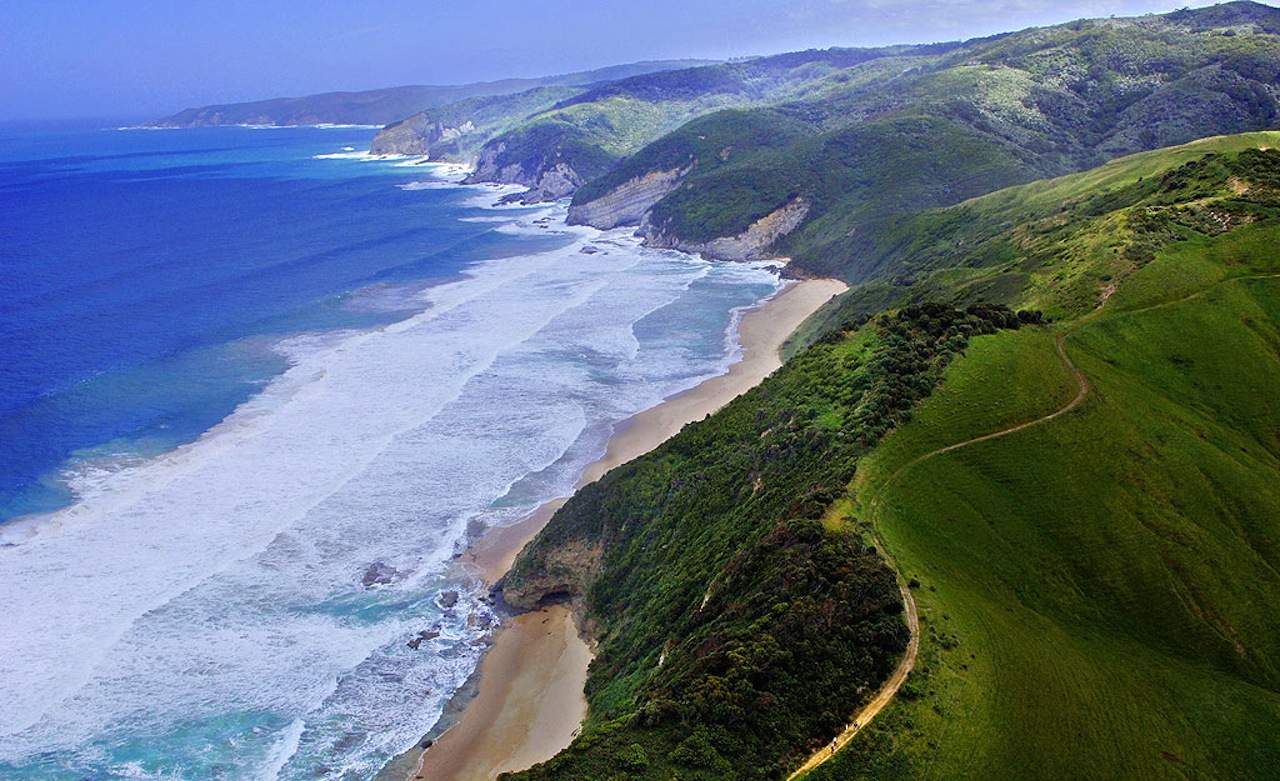 This is a popular one for hikers along the Great Ocean Walk, a 100-kilometre journey from Apollo Bay to Port Campbell. The site is nestled among sand dunes, behind spectacular Johanna Beach. Spend your days surfing, strolling and relaxing on the sand, and use your tent as a launching pad for day trips into Great Otway National Park. Its 103,000 hectares are home to lots of walks, koalas, pretty bays and spots for whale watching. Johanna Beach campsite has room for 25 tents, facilities consist of non-flushing toilets only and dogs on leads are permitted. You'll find this precious piece of wilderness about 500 kilometres southwest of Port Augusta (across the Spencer and St Vincent Gulfs from Adelaide). The teeny-tiny, five-pitch campsite looks directly over the white sand and turquoise water of Memory Cove, from the shade of coastal mallees. When you're not lazing about, go adventuring in Lincoln National Park, where you'll experience some of South Australia's most beautiful coastline. There's a bunch of lovely walks, from the 1.6-kilometre Stamford Hill hike, which gives you excellent views, to the 12-hour Investigator Trail, which takes in many bays and beaches on its way to Cape Donnington. Bookings at Memory Cove campsite are crucial — you can't get in without a key. Freycinet National Park, which covers a peninsula on Tassie's East Coast, is famous for its striking, pink granite and numerous tranquil beaches, including Instagram star Wineglass Bay. The campground stretches along a stunning coastal strip, behind Richardsons Beach and overlooking Honeymoon Bay. There are 52 spots all up and you get toilets, picnic tables and electric barbies. Plus, if you find yourself feeling social or thirsty, there's a pub and shops just up the road at Coles Bay village. Bookings are available, and, to nab a spot during summer, you must enter a ballot, drawn on August 1 each year. If your idea of idyllic beach camping doesn't involve crowds, then pitch at Crayfish Beach, on Hook Island's eastern shore. The pocket-sized campground has space for only 12 people across no more than six tents, the only way you can get there is by boat and there's no mobile coverage. So, there'll be no way of telling the world you're surrounded by forest-covered mountains and snorkelling among some of the Whitsundays' busiest and best-looking underwater communities. Facilities are limited to composting toilets. Be prepared to carry in everything with you, including drinking water. Bruny Island is just a 40-minute drive + 15-minute ferry ride from Hobart, yet it feels like it's a million miles away. There are loads of camping spots (including many free ones) all over the island, but one of the loveliest is Cloudy Corner, in the eastern corner of Cloudy Bay, in South Bruny National Park. Getting there involves a two-kilometre walk along the beach. There's space for only 20 sites and you can expect a rustic experience, with no more than a pit toilet in the way of facilities. While you're on the island, find the best whisky, oysters and outdoor activities via our 48 Hours on Bruny Island guide. This spot gives you direct access to Australia's lesser known, yet nonetheless extraordinary reef, Ningaloo. Its UNESCO Heritage-listed wonders hug the Western Australian coast north of Perth for 1200 kilometres. Ned's Camp is tucked away behind dunes, right next to a calm, white sanded beach, which is lovely for swimming, snorkelling and paddling. But don't let your adventures stop there - there's all of Cape Range National Park to explore and, between April and July, you can go diving with whale sharks. Bookings at Ned's are essential, as there are just nine campsites. Facilities are limited to non-flushing toilets.

Want something a little more specific? Check out our feature on beach camping spots in NSW, Victoria and Queensland.

Published on January 01, 2017 by Jasmine Crittenden