The Best, Weirdest and Most Surprising Films of Sydney Film Festival 2016

Our critics could use a good night's sleep and a home-cooked meal after sifting through 250-plus movies.

Your complexion is looking a little pale, you haven't had a home-cooked meal in 12 days, and sitting in a cinema seat or rushing between theatres have become your preferred states of being. Yep, you've just made it through the 2016 Sydney Film Festival, feasting on a selection of the 250-plus movies that festival director Nashen Moodley and his hardworking team delivered straight to your eyeballs.

You've seen some great stuff — and, because going to a film fest is about expanding your cinematic horizons, you've no doubt seen some strange and unexpected efforts too. So have our critics Sarah Ward and Tom Clift, who've whittled down their massive viewing lists to these ten standouts — the best, weirdest and most surprising films of this year's SFF.

When developers want to tear down the beachside apartment block Clara (Sonia Braga) has called home for several decades, the determined 65-year-old retired music critic won't budge. Yes, Kleber Mendonça Filho's second feature sounds a little like a Brazilian version of The Castle, however as it observes the social reality of his country today, delves into the preconceptions of ageing and understands the importance of places in shaping lives, it becomes much more than that. Braga is enthralling at the centre of a fight even her character's kids think she should give up, and a pumping soundtrack boasting everything from local flavour to several Queen songs helps set a vibrant mood. And don't just take our word for it, Aquarius was crowned the winner of this year's $63,000 Sydney Film Festival prize. - SW

Dripping with sex, Park Chan-wook's adaptation of Sarah Water's novel Fingersmith is a pulpy, stylish delight. Transplanting the story from Victorian Era England to 1930s Korea, the film follows a maid out to steal her mistress's fortune, only for the pair to end up falling in love. Of course there's a lot more to it than that, with the director of Stoker and Oldboy taking viewers on a ride that is both ludicrous and utterly compelling. Aesthetically speaking, every single frame feels perfectly considered, while the twisting narrative will keep you guessing until the end. - TC 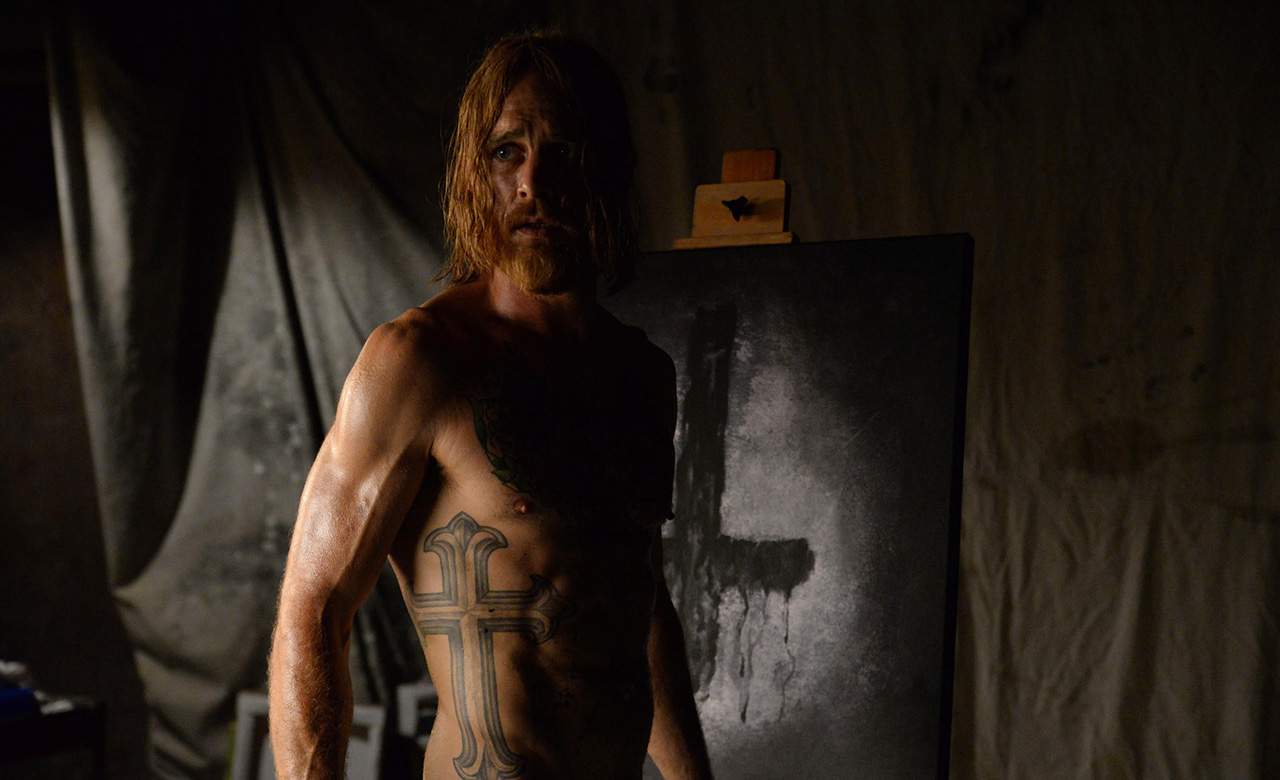 Heavy metal and horror films might go hand in hand, but don't go dismissing Sean Byrne's addition to the fold as yet another brooding effort with growl-heavy music. In fact, the character-driven second feature from the Aussie filmmaker doesn't just litter its soundtrack with the likes of Metallica and Slayer (and even local heroes Spiderbait) — it seethes with the same tension, darkness and all-round unsettling tone. Set in Texas, and following a family's move to a dream house with a nightmarish past, The Devil's Candy echoes The Shining and even offers a flipside to Byrne's own previous film The Loved Ones. Refreshingly avoiding spelling everything out, it also features a strong emotional arc, striking visuals, and a standout performance from Ethan Embry, who proves worlds away from his appearances in '90s fare such as Empire Records and Can't Hardly Wait. - SW

The new quasi horror from director Olivier Assayas was booed at this year's Cannes Film Festival, and in some respects it's easy to see why. Personal Shopper tells the story of a young American medium (Kristen Stewart) working in Paris as a personal shopper when she begins receiving strange text messages from someone who may or may not be a ghost. On the one hand, the film's plot is obviously fairly silly. On the other, Stewart gives a fantastic performance, and as a crafter of tension Assayas can't be beat. If you enjoyed the director's previous effort with Clouds of Sils Maria then be sure to give Personal Shopper a try. - TC

After so convincingly adapting Thomas Hardy's Far from the Madding Crowd last year, Danish director Thomas Vinterberg returns to his Dogme '95 roots with the '70s-set The Commune. In fact, as the writer/director charts a life-changing decision to embrace communal living, he also draws upon his own childhood experiences in a similar situation. It all starts when newsreader Anna (Berlin Film Festival best actress winner Trine Dyrholm) and her partner Erik (Ulrich Thomsen) decide to open the home they've just moved into with their teenage daughter to others, recruiting friends and strangers for everything from nude swims to arguments over who drank all the beer. Drama ensues, of course, but so does an astute contemplation of trying to find one's place in the world. - SW

The latest indie diversion starring the irrepressible Greta Gerwig, Maggie's Plan doesn't exactly reinvent the wheel. But what it sets out to do, it does to near perfection, with writer-director Rebecca Miller taking full advantage of her star, along with a fantastic supporting cast that includes Ethan Hawke, Julianne Moore, Mia Rudolph and Bill Hader. The story of an extra-marital affair gone wrong and the attempts of the unflappable Maggie (Gerwig) to put things back together, Maggie's Plan is funny from start to finish, and does a great job of bringing dimension to its catalogue of flawed characters. - TC

Dubbed Australia's only Yuletide-set horror-comedy, Red Christmas also earns another 'Aussie first' honour. As well as combining laughs, screams and a festive theme, the amusing slasher-thriller throws an unexpected topic into the mix: the abortion debate. After setting the scene with an attack on a clinic, the film jumps forward twenty years to what is certain to be a Christmas to remember, complete with a feuding family, a sinister stranger and unearthed secrets from the past. Double the Fist actor/director turned debut feature helmer Craig Anderson doesn't always hit the marks he's aiming for, but with E.T. star Dee Wallace along for the ride, he certainly gives his distinctive brand of seasonal, blood-splashed mayhem a spirited try. - SW

LO AND BEHOLD: REVERIES OF THE CONNECTED WORLD

The latest documentary from German director Werner Herzog — whose work includes such strange, fascinating films of Grizzly Man, Fitzcarraldo and Bad Lieutenant: Port of Call New Orleans – Lo and Behold chronicles the past, present and future history of the internet, from its birth at the University of California to its applications in creating colonies on Mars. Jumping from one topic to the other with little connective tissue, in the hands of any other filmmaker the doc would probably be a failure. But frankly I'd be happy with a film about Herzog reading the phonebook. Listening to him asking baffled computer technicians such existentially loaded questions as "does the internet dream of itself?" proves both hysterically funny and weirdly profound. - TC

If you've glanced at a film-related website or social media feed since this year's Sundance Film Festival, you would've heard of Swiss Army Man. Labelled 'the farting corpse movie', it does indeed star Daniel Radcliffe as a flatulent cadaver with multiple purposes, who helps the stranded and suicidal Hank (Paul Dano) cope with his isolation and find his way back to civilisation. There's a hint of Weekend at Bernie's in this absurd comedy, but there's also a touching — and utterly disarming — amount of sweetness. The feature film debut of the directing duo known as DANIELS (Daniel Scheinert and Dan Kwan), the end result is as odd as it sounds, and yet also proves an endearing collection of existential musings. - SW

Abe Forsythe's Down Under could have easily been a disaster. Instead, it's kind of brilliant. A black comedy set during the immediate aftermath of the Cronulla riots, the film tracks two carloads of men — one group of Arabic descent, the other Anglo — as they patrol the beachside suburb looking for trouble. The film is laugh out loud funny, with Forsythe never missing an opportunity to call out both sides for their extreme ignorance and stupidity. It's a brilliant satire that's sure to ruffle a few feathers when it hits cinemas in August. - TC

By Sarah Ward and Tom Clift.