Sydney's Most Instagrammable Spots by Day and Night

Fall in love with Sydney all over again at these prime photo spots.

Whether you're a day tripper, a holidaymaker or a local, there's no denying that Sydney is an incredibly photo-friendly city. Truly, the sheer breadth of stunning vistas is bordering on ridiculous. From sun-kissed beaches to world-famous landmarks and remarkable architecture, there really is something for everyone.

We've teamed up with Samsung to pick out the best spots in Australia's largest city to take Insta-worthy pics that will be the envy of all your followers. Handily, we've also split them up into daytime and night time selections, as the camera on the Samsung Galaxy S22 Series is equipped with an incredible Nightography feature that means you get pin-sharp pictures and videos, even in low light. 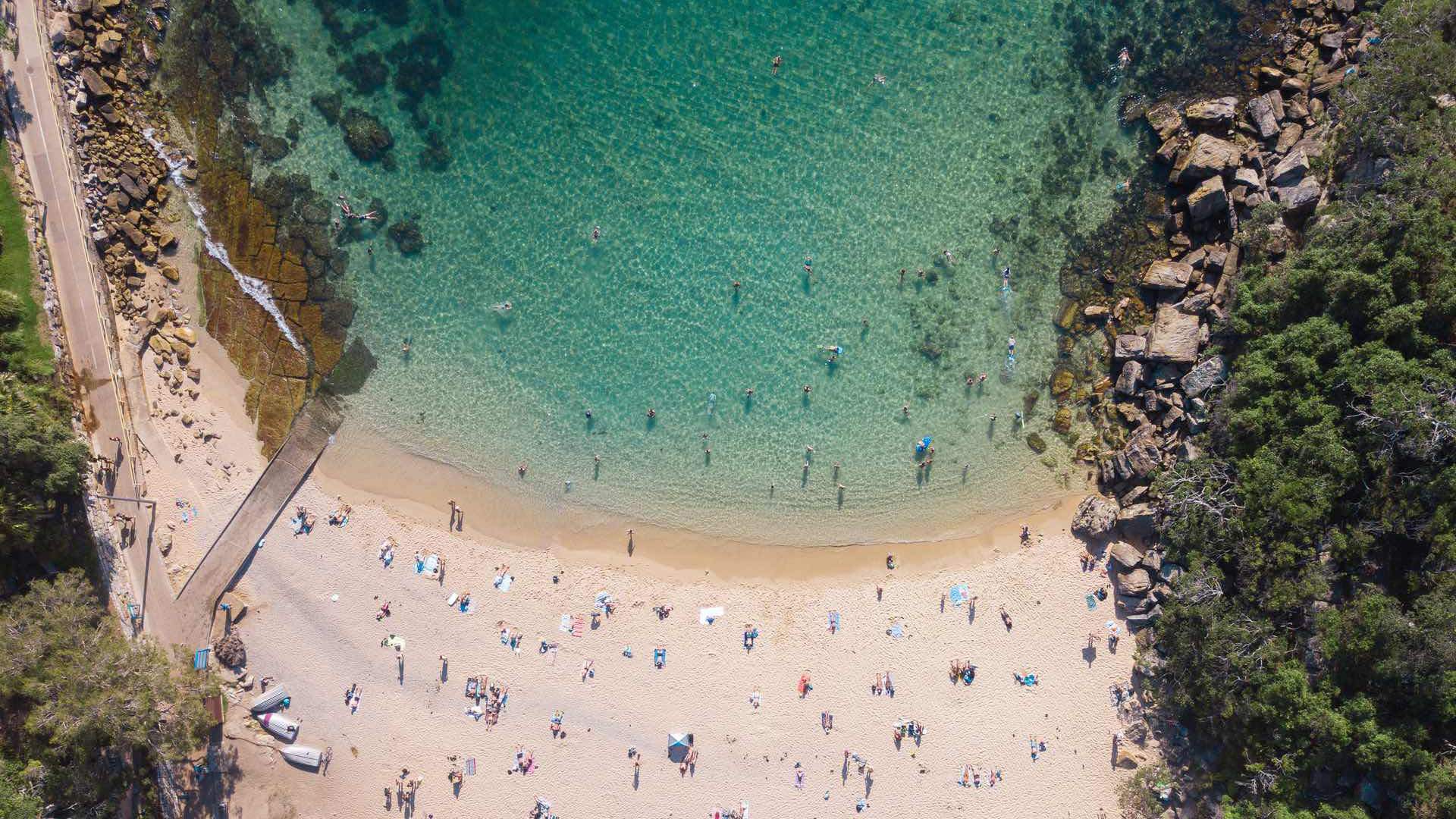 For three decades, Lavender Bay resident and artist Wendy Whiteley has dedicated her life to the design and upkeep of a patch of land just beyond her home, turning it from abandoned train yard into a stunning living artwork which now has official public park status. Deliberately unsignposted and full of sculptures and artefacts, Wendy's Secret Garden feels like an oasis right on the harbour, with countless beautiful nooks and crannies in which to get that perfect shot.

Any walk along the Northern Beaches coastline is beyond picturesque, but for the best views, you can't beat the one-kilometre boardwalk between Curl Curl and Freshwater. Along this oceanside stretch, you get to walk atop the cliff edge as the waves crash below. Travelling north from Freshwater also affords you the opportunity to see the underrated Curl Curl Beach arcing out before you and the incredible, endless ocean to your right. On a sunny day, there's nothing like it.

Manly Beach is one of Sydney's most famous, and rightly so, but it's difficult to photograph a beach when you're actually on it. A short coast-side walk from Manly brings you to the gorgeous Shelley Beach. There's all manner of vantage points where you can to capture this slice of paradise, but it's also a perfect spot from which you can see Manly, Freshwater, Curl Curl and Dee Why beaches, and, on a really clear day, beyond Long Reef headland to Collaroy and Narrabeen.

There's no way to go to Opera Bar and not feel impossibly bougie. There can't be many places on earth with a more iconic view, and a waterside table makes for a perfect pano. In just a few seconds, you can capture the Harbour Bridge, the Opera House and Luna Park, not to mention ferries and boats zipping in and out of Circular Quay. Any non-Aussie friends on your timelines will be amazed that so many famous landmarks are viewable from just one spot.

To step into The Strand Arcade is to step back in time. First opened in 1892 and originally one of five Victorian arcades in Sydney but now the only one that survives, The Strand has undergone several restorations over the years that have enabled it to retain as many of its historic features as possible, from its neoclassical columns to its famous tessellated tiled floor. Bonus fun fact: part of the music video for David Bowie's 'Let's Dance' was shot on the ground floor.

Chippendale urban renewal project Central Park Sydney contains all the features that make cityscapes great. There's artwork that responds to changes in wind speed and there are two separate parks: Balfour Street Park and Chippendale Green. What dominates the landscape, however, is One Central Park — an award-winning residential and commercial tower that's known for its vertical hanging gardens which features a mixture of plants, flowers and vines that stretches over 50 metres from top to bottom.

Every corner of the Royal Botanic Gardens is a killer pic just waiting to happen. Whether it's the unparalleled collection of plant life, the myriad views over the city, or even a shot of the futuristic-looking Calyx, there's something to take your breath away at every turn. And, because it's bursting with flora, no two visits are ever the same, meaning your pictures will always be unique based on the season and what's in bloom right now.

Why is it called Bar 83? Quite simply, because it's on the 83rd floor of Sydney Tower, meaning there are few places in the city from where you can see more. Until relatively recently, this floor was a private events space, but it's now open to the public as a cocktail bar inspired by the era in which the tower was built: the 1970s. So, not only do you get views for days while you sip away in Sydney's highest bar, the retro-chic of the décor is also worth making an appearance in your photo. Is there anything that evokes childlike wonder quite like a trip to the fair? And by approaching Luna Park on the water, you get to experience the excitement building as you inch ever closer. By night, Luna Park is an explosion of light, with the gigantic mouth through which visitors enter being visible from practically anywhere in the harbour, signalling fun for miles around.

Sydney's Chinatown is a bustling hive of activity at any time of day, but it truly comes alive when the sun goes down. It really does feel like wandering the streets of a charming Chinese city as brightly lit stalls and restaurants vie for your attention, all punctuated by the rows of lanterns that criss-cross the laneways. For an extra treat, head down on Friday night, when a weekly market adds even more activity to the mix.

Watching the lights from the ferries dance across the water at Circular Quay is photo-worthy in itself, but the nearby Museum of Contemporary Art really pulls its weight alongside some of the more famous landmarks in the vicinity. It's an imposing, impressive building on its own, but it's become known for its light shows which see the façade of the building become a riot of kaleidoscopic colour. You won't be able to resist pulling out your phone for a snap.

The bustling heart of the CBD is replete with bars, pubs and restaurants – there's always something going on. On top of that, you have Wynyard station and the light rail running along George Street. The end effect is the very best of the light-strewn, busy global city that Sydney truly is. It's a sight that, after the last few years we've all endured, makes you extremely grateful to live somewhere that's so vibrant and teeming with life.

It might seem a little odd to be leading you to a billboard for an American company, but the Coca-Cola logo is arguably the most famous in the world. But you can, famously, find an oversized version at the entrance to Kings Cross. Such a monument to capitalism is an incongruous sight in a country so famous for its beaches and bushland but here, lit up and surrounded by cars, buildings and lights, it somehow makes perfect sense.

Observatory Hill might feel a little way away from where all the real action is, but your slightly higher vantage point affords you the opportunity to gaze upon the southern hemisphere's most famous skyline and harbour. Up here, you'll find the view that travellers picture when they think of Sydney and, on a clear night, it's a complete no-brainer as to why. Sydneysiders might have seen this view a million times, yet it's impossible to ever tire of it.