Leaning Buildings From Around the World

Here are ten of the most stunning, mystifying leaning buildings from around the world.

Leaning Buildings From Around the World

Here are ten of the most stunning, mystifying leaning buildings from around the world.

We are all well acquainted with the fascinating leaning Tower of Pisa in Italy. Shrouded in mystery, marvelously eccentric and either architecturally amazing or atrocious, leaning towers and buildings are simply fascinating structures, which arouse our amazement and curiosity. However, the Leaning Tower of Pisa is far from being the only leaning tower in the world; in fact, it doesn't even top the list for being the oldest, tallest or having the greatest lean. Granted the title of the world's furthest leaning man-made tower, the recently built Capital Gate in Abu Dhabi boasts of a whopping 35 stories, all leaning at an impressive 18-degree slant. This structural wonder is a 520-foot sleek and futuristic design which requires 49 piles drilled 100 feet into the Earth to maintain its integrity. In Huludao City in China's Liaoning Province lies the world's first leaning tower. Aside from it's rich historical background, the Qianwei leaning tower is believed by many to also have the largest lean in the world, yet it is not recognized by Guinness World Records. 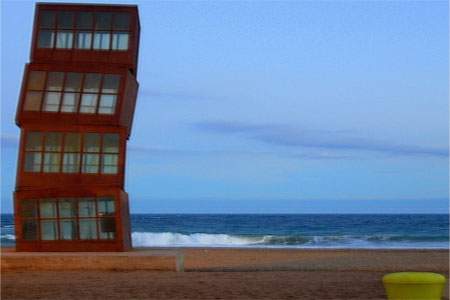 Situated on Barceloneta Beach in Spain, this iconic tower features four cubes stacked precariously on top of each other at varying angles. Scores of tourists and visitors flock to this beautiful part of the country, not only for the sun and sand, but also to take in the view of this unorthodox building. The Leaning Tower of Teluk Intan, formerly known as just the water tower, is one of the major attractions of this small Malaysian town. Shortly after the construction of the tower the building began to tilt due to the stream of water running through the ground below, which made the foundation soil weak. Part of the redeveloped port in Dusseldorf, this unconventional building was created by renowned architect Frank Gehry. The three buildings curve and lean in varying directions and are made of different cladding, whether that be white plaster, red brick or reflective stainless steel. 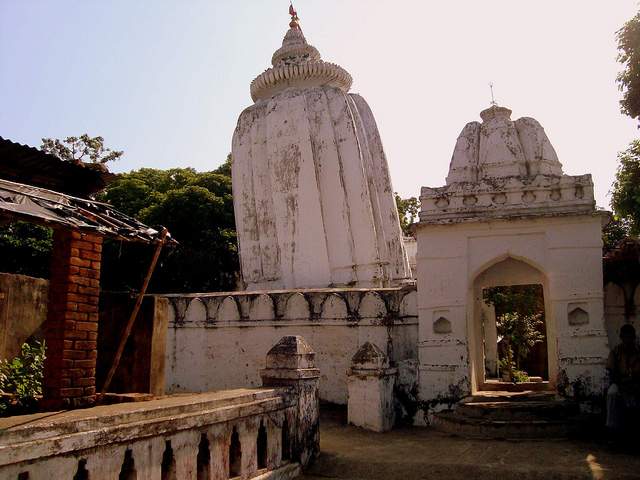 The only leaning temple in the world, the Temple of Huma was built in 1670 on the banks of the Mahanadi at an angle of 17 degrees, and is dedicated to the Lord Shiva. It is said that the construction of the temple came about due to enquiries made because of a milkman's daily ritual of crossing the Mahanadi and offering his milk to the rock which cropped out on the bank, and the rock would miraculously consume the milk each time. This eco-friendly building is an architectural feat in its own right as, rather than using shading devices to protect the south-facing walls, the solar passive design instead uses its own floors with the 14 degree tilt. The office also features a myriad of sustainable building strategies to provide comfort and save energy. The mysteries surrounding this Russian tower work to make this ethereal building all the more stunning. No-one knows exactly what the tower/prison/science lab for secret experiments is actually for, when in the 18th century it was constructed, by whom, or the origins of its tilt. Although there are bizarre speculations including crying walls or throwing architects off the balcony, this one is better shrouded in mystery. The twin towers that make up the Gate of Europe are named as such for good reason. These foreboding structures, known as Puerta de Europa, lay at the top of a stone staircase and appear to barricade the city of Madrid. The 114m towers have 26 floors of office space and have fittingly appeared in a number of movies, such as The Day of the Beast. Before the Capital Gate was built in Abu Dhabi, this medieval steeple held the title of the most tilted tower in the world. Located in a village in North Western Germany, the 14th century church was built with oak tree trunk foundations, which rotted in the surrounding marshy land.