You can't jump on a plane to the Riviera, but you can escape the city for a tranquil weekend on Pittwater.

While many of us wish we were jumping on a plane for a week of relaxing at a beachside resort in Saint-Tropez or hopping over to the Cinque Terre for many bowls of pasta and spritzes, the reality is international travel is still off the cards for little while now. But, that doesn't mean a glamorous waterfront getaway is completely unattainable. About an hour's drive north of Sydney, you'll find Pittwater, which is surrounded by hundreds of secluded beach houses, charming cabins set right on the water and serene retreats that'll transport you miles away from the hustle and bustle of the city.

To save you hours of scrolling, we've rounded up a list of the most stunning — and most secluded — Airbnbs located by the water around the northern beaches. So, book a spot, pack your togs and get ready to escape the city for a weekend of relaxing. 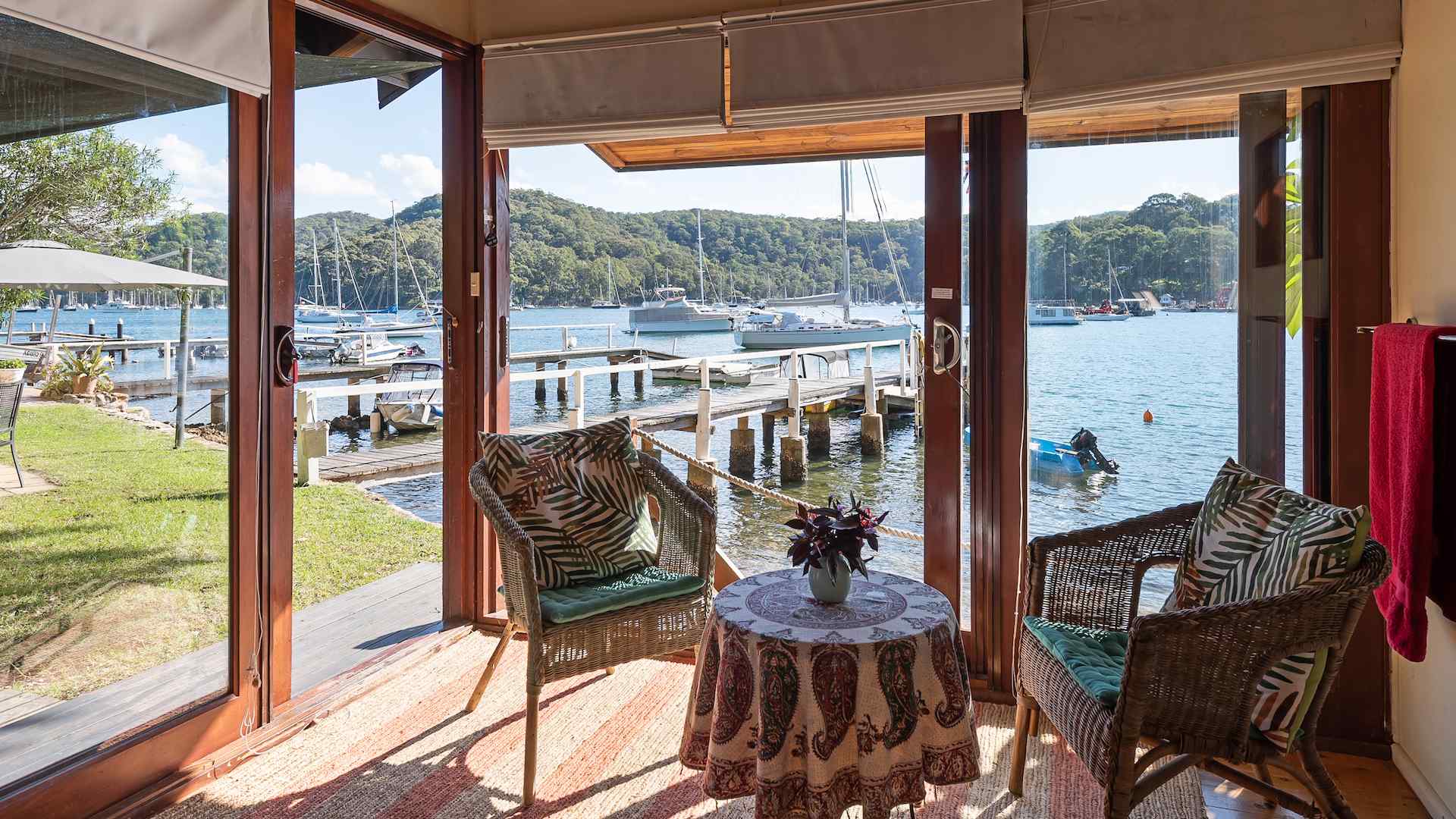 This cosy coastal cabin is the ideal destination for couples wanting to unwind, beachside. It's got character aplenty, with sparkling water views to match. THE MOST BEAUTIFUL BOATSHED, MORNING BAY

This charming overwater cabin is the epitome of peaceful getaway, located between national park and the glistening waters of Morning Bay. Coastal-chic whites and eclectic treasures up the charm factor at this arty retreat, featuring stunning bay views and a private rooftop terrace. BOATHOUSE ON THE WATERFRONT, AVALON BEACH

A cheery couples' hideout perched right on the shores of Careel Bay, where just a few steps connect open-plan living with waterfront jetty. 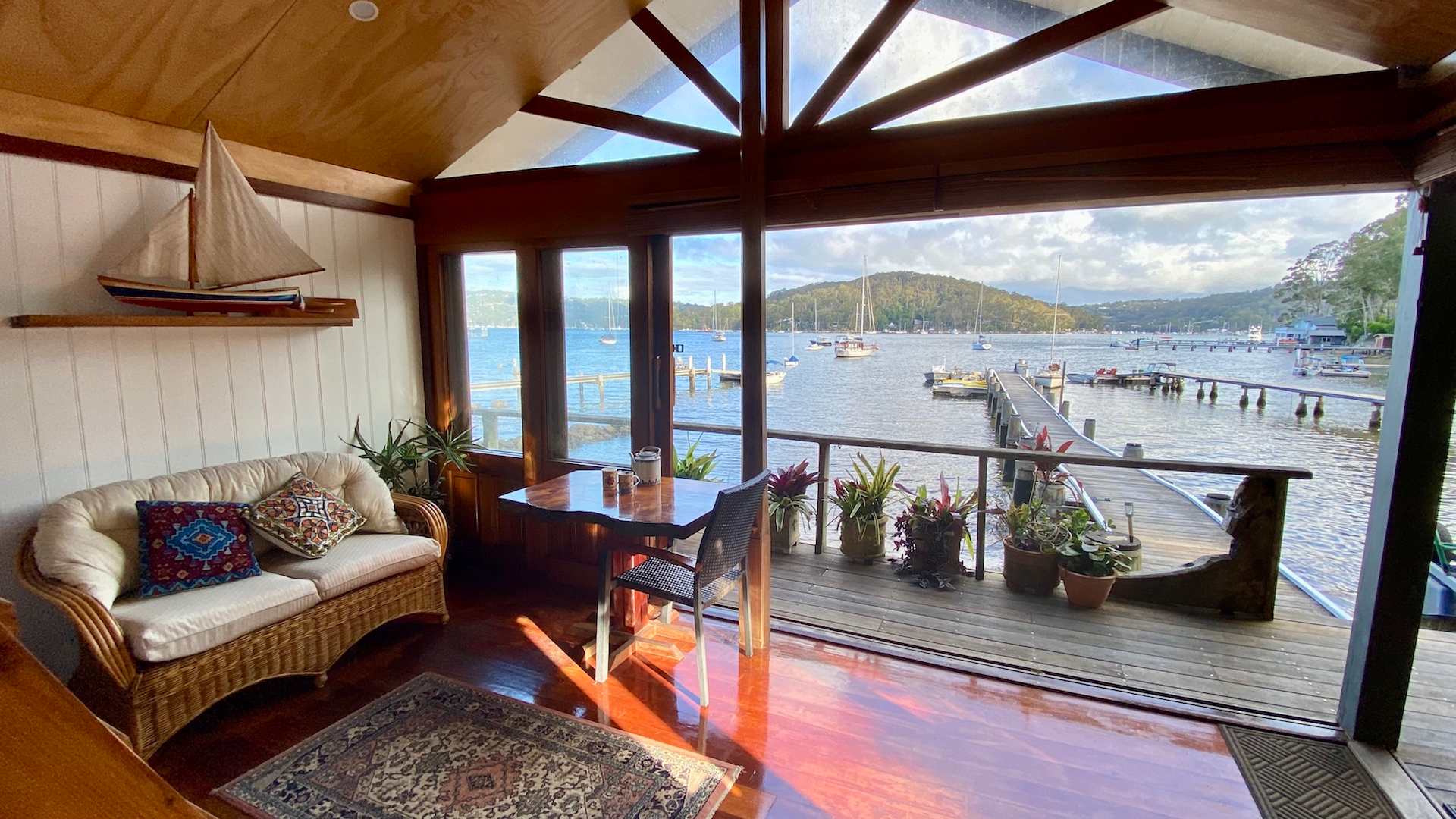 It doesn't get much more secluded than this bayside retreat for two, backing onto lush national park and with water-only access. Treat your flock to some downtime at this family-style retreat, enveloped by pristine bushland and set just metres from the shore. Perched right on the Pittwater shoreline, this architectural stunner isn't wanting for anything. But you might just find a favourite in the expansive sun-drenched terrace. One of Mackerel Beach's original sandstone cottages is now a secluded six-person hideaway with spectacular sunrises to match. Secure your own patch of Great Mackerel beachfront, boasting an entertainer's dream deck and views that stretch from Palm Beach to the Central Coast. This beautifully revamped fisherman's cottage is flanked by bush and beach, offering a dreamy nature-filled hideaway for both couples and mates. Light-filled and beautifully appointed, this revamped retro paradise boasts a lush bushland setting, perched only metres from the waters of Coasters Retreat. Accessible only by water, this modern nautical cottage feels worlds away from reality. Fresh white interiors and a sun-drenched waterfront deck round out the holiday vibes. Live out your vintage fantasies with a stay at this heritage boathouse, featuring a stunning sandstone patio set among mangroves and spotted gums. An idyllic holiday hideaway boasting its own jetty, sandy beach and secluded island address. Plus, ripper views from the open-plan living space and deck.