How to be a Barbie (guy or) girl in a Barbiecore world.

According to Mean Girls, “On Wednesdays, we wear pink”. But we believe the other six days of the week call just as strongly for pink ‘fits.

Forget grey, this season it’s all about 50 shades of fuschia. It all kicked off with Kim Kardashian hitting the SNL stage in a hot pink velvet catsuit before Megan Fox rocked rose-tipped tresses (and a complementary metallic pink crop top and matching mini skirt). Then Lizzo went flamingo-chic — wearing a bedazzled balaclava and bikini to announce her album tracklist.

But, it really became official when Margot Robbie and Ryan Gosling broke the internet with leaked photos from their roles in Greta Gerwig’s new movie showcasing all things Barbie. Think 80s-inspired neon activewear, rollerskates and Ken’s classic combos of cropped sweaters and short shorts — making it clear it’s going to be practically impossible to escape the power of pink this summer.

When it comes to single-name celebs who can influence what we wear, do and even eat, they don’t come much more iconic than everyone’s favourite plastic doll.

Sure, Queen Bey may have encouraged us to “quit our jobs”, but Ms Mattel is responsible for singlehandedly convincing millions before her to change theirs  — holding over 200 careers ever since she was created in 1959. Today, Barbie’s influence extends beyond employment opportunities, with the blonde bombshell continuing to inspire fashion, beauty and lifestyle trends with her signature bright and bubbly aesthetic.

If you’re brave enough to get on board with bubble gum-coloured hair, rest assured your locks will absolutely rock this season. But if you’d prefer to ease into Barbiecore in a more subtle way, our suggestion is to start with a pair of false lashes (and even longer nails), a pretty pink pout or a flush of blush across your cheeks. Oh, and don’t be scared of a little sparkle. Our beloved blonde babe was never afraid to leave a little glitter behind, so nor should you.

Come on Barbie. Let’s go party! According to the iconic lyrics of Aqua’s hit song ‘Barbie Girl’, life in plastic is fantastic — a fun and very apt approach to embracing everything Barbiecore. Put on your rose-coloured glasses and celebrate simpler times with nostalgic activities and old-school-inspired accessories. Kick off with a quick karaoke session, rock a pair of retro roller blades and capture the whole experience on a vintage camera that would make Ms Mattel proud.

Take your inspiration from the world’s most iconic blonde babe (sorry Paris Hilton) and plate up in pink. Stop and smell the rosé — and have a sip while you’re at it — before indulging in cute and kitsch sweet treats such as frosted pink cupcakes, scoops of strawberry gelato, pitaya-tinted smoothie bowls and indulgent ice cream sundaes.

Sitting on the opposite side of the Little Black Dress on the style spectrum is Schiaparelli Pink — the shocking shade of magenta first made popular by Italian designer Elsa Schiaparelli in the late 30s and 40s. Today, the influence of “the colour of love” continues to be found on contemporary catwalks, with Valentino’s creative director Pierpaolo Piccioli dedicating his entire Autumn/Winter 2022 collection to hot pink —  even including his own Pantone-patented shade.

Ready to give this trend a go? Here's some inspo to get you started.

Shop the Trend With Westfield Featuring a mix of matte and metallic eyeshadows, this palette will have you primed to recreate classic vintage Barbie beauty. Apply a coat of the shade Bubble to your lids, before layering it with a streak of Airy for the signature two-toned, blue-lidded look. Pretty in pink, this palette captures the essence of Barbie in 18 highly pigmented shades. Blend bold blushes, peachy pastels and glimmery golds to recreate the kind of beauty vibes that would make the princess of pink proud. Who said you can’t wear glitter eyeshadow before sunset? Don’t be afraid to be a beauty rule breaker and incorporate a little glam into your daytime makeup routine with these luxe metallic eyeshadows by Pat McGrath. 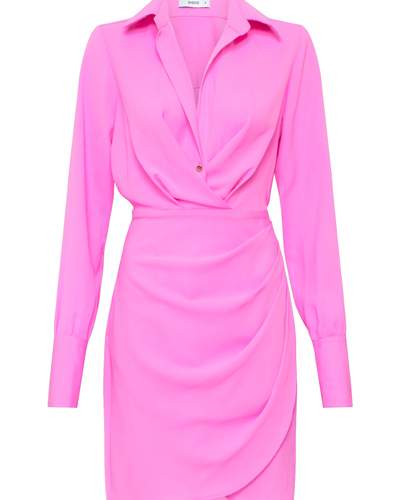 Channel serious Malibu Barbie vibes with this similarly-named dress. Featuring a wrap mini skirt in the punchiest of pinks, the only thing you need to add to complete the look is a little sunshine and a convertible Corvette. 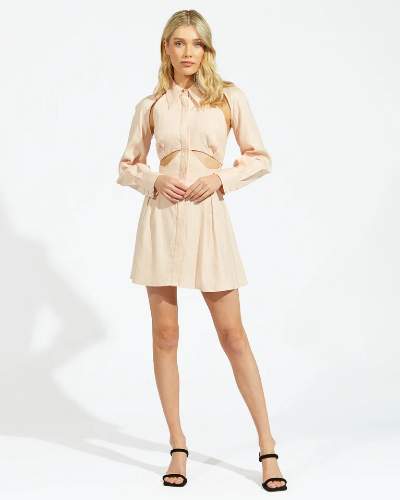 Barbiecore but make it corporate chic. Designed with delicate tailoring, a sophisticated collar and the most subtle of cutouts, this ensemble is an easy way to incorporate the trend into your office attire. Vibrant, vivacious and very unapologetically pink — this shimmery pink mini encapsulates everything fun that Barbie-style stands for. We challenge you to wear it and not feel fabulous. Gentlemen, this season it’s time to take your style cues from Barbie’s other half and add a few Ken-inspired ensembles to your wardrobe. Start with this tailored short-sleeved shirt teamed with cream chinos for a playful introduction to all things pink. 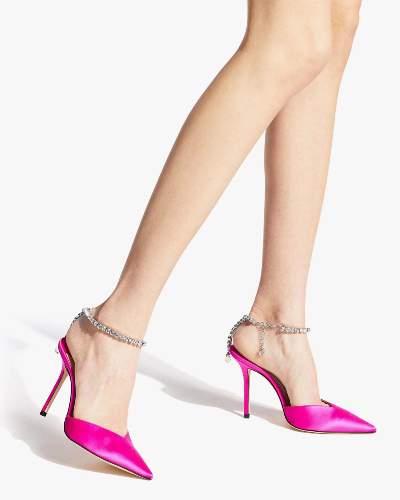 Featuring a fashion triple threat of fuschia, satin and crystal, these sexy stilettos are everything that is beautiful about Barbiecore in one show-stopping, statement heel. The best part of playing with Barbie as a kid was customising her outfit with accessories. Good news: You can also apply this same approach when it comes to creating your own look as an adult. Treat yourself like a real-life doll and add an accessory like these embellished, eye-catching glass crystal earrings. 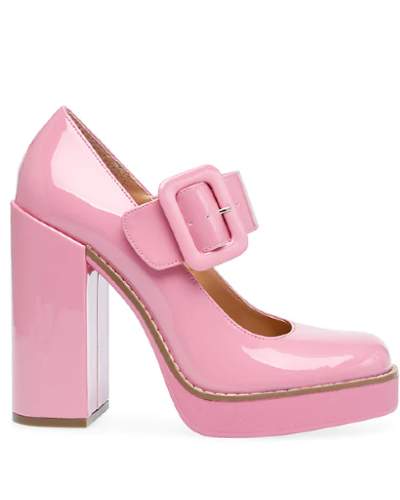 Incorporate a Barbie-approved aesthetic from top to toe by investing in a statement pair of sky-high, patent leather pumps. These pink ones by Steve Madden are perfect for channelling Barbie, while also giving a nod to summer’s other hot trend — chunky 90s platforms.

Available in select Westfield centres across AU (NSW and QLD). 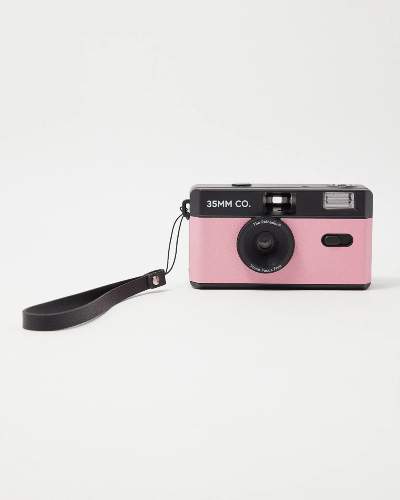 Embrace the nostalgia that Barbie brings, and throw it back to simpler (filter-free) days by capturing your memories on an old-school film camera. Cute and compact, this one comes in the sweetest shade of marshmallow pink If you didn’t convince your parents to get you a pair of wheels when you were a young one, it’s time to take matters into your own hands and treat your grown self to this pair with an aluminium chassis and double buckle fastening. If Barbie were to host a tea party, this is the exact bevvie we think she’d be serving. Pink, sparkly and refreshing it pairs perfectly with everything else we imagine would appear on the menu, like fairy bread, sweet strawberry scrolls, and pretty pink cupcakes 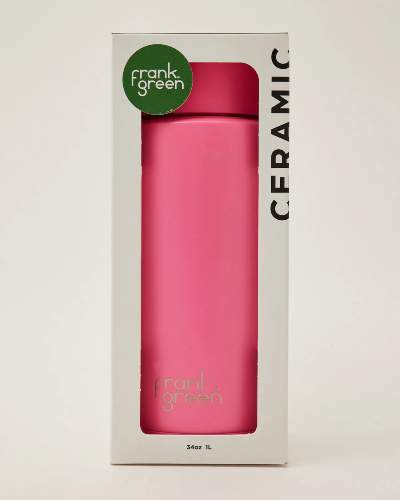 Millennial pink. Ethical consumerism. And a love of all things old-school. Bring them all together with this Barbie-inspired, sustainable ceramic drink bottle that gives seriously fun playground vibes — so you can go green. 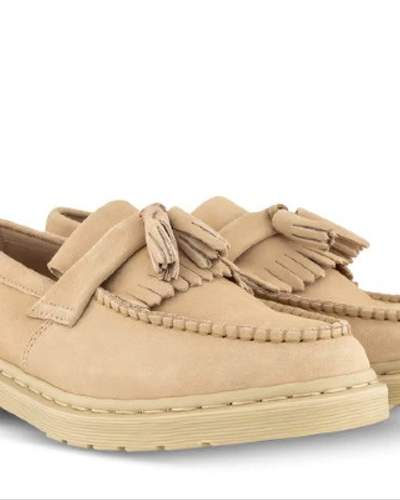 Trust Barbie’s influence to transform even the edgiest of streetwear into something sweet! These loafers by Dr Martens combine the brand’s signature underground aesthetic with soft pink suede to create a ​​culture-meets-fashion phenomenon. 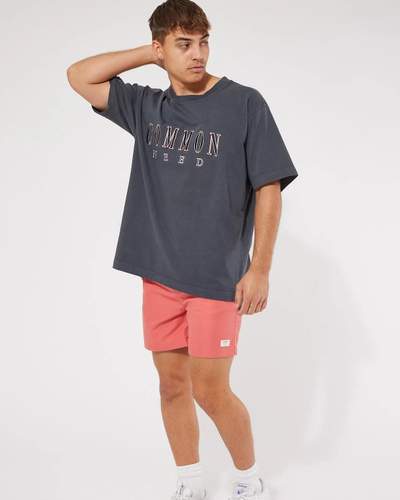 To create the complete Ken doll ensemble, pair these pink shorts with a watermelon-toned muscle singlet and neon visor. Bonus points if you can find yourself a Barbie girl to colour co-coordinate with. 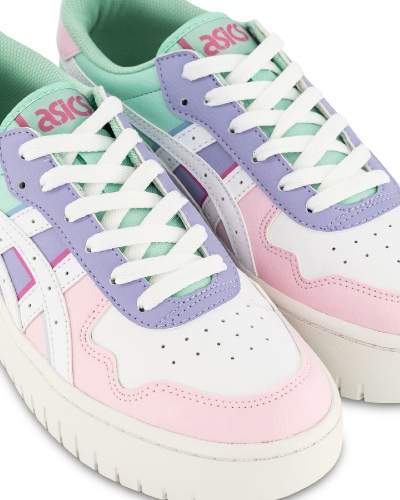 These pastel-pretty sneakers are ready to take you straight from the tennis court or hot girl walks to brunch without needing to change kicks. And for the vertically challenged girlies, the platform sole adds a solid inch of height — you’re welcome. The life-sized version of one of Barbie’s iconic pink handbags from decades gone by, this puffy Mimco number is the ultimate carry-all. The fabric-coated handles make it uber-comfortable to carry and elevate any boring black outfit. Take your cashmere into the summer months with this short-sleeved trans-seasonal piece that would do Ken proud. Pop a blazer over the top to take it from the golf course to drinks. Perfect for this year’s Christmas party rotation, this puff-sleeved pink mini is getting us ready for rooftop cocktails this summer. The tarot card print means you can live out your Fortune-Teller Barbie fantasies, if there is such a thing (we’re sure there is).