The trailblazing trio will hit Hobart, Perth, Brisbane, Adelaide, Melbourne and Sydney on their first tour Down Under in over 25 years.

Girls to the front — Bikini Kill are coming to Australia. The iconic Kathleen Hanna-fronted, Washington-formed band instigated the Riot Grrrl movement, and will perform their first Australian shows in more than 25 years on a seven-date 2023 tour.

On top of already-announced appearances at Mona Foma and Golden Plains, the trailblazing trio have now dropped the dates for a series of headline shows, appearing in Brisbane, Adelaide, Melbourne and Sydney throughout March.

The solo shows will kick off at Brisbane's The Tivoli on Friday, March 3, before moving onto Lion Arts Factory in Adelaide on Sunday, March 5. They, they'll hit up The Forum in Melbourne on Wednesday, March 8, and the Sydney Opera House on Monday, March 13. In good news for the next generation of riot grrrls and underage rockers, all four of these headline shows will be all ages.

Plus, Bikini Kill have also been added to the Perth Festival lineup, where they'll perform previously announced headliners Bon Iver and Björk — with the latter bringing her Cornucopia tour to Western Australia for the 2023 festival. 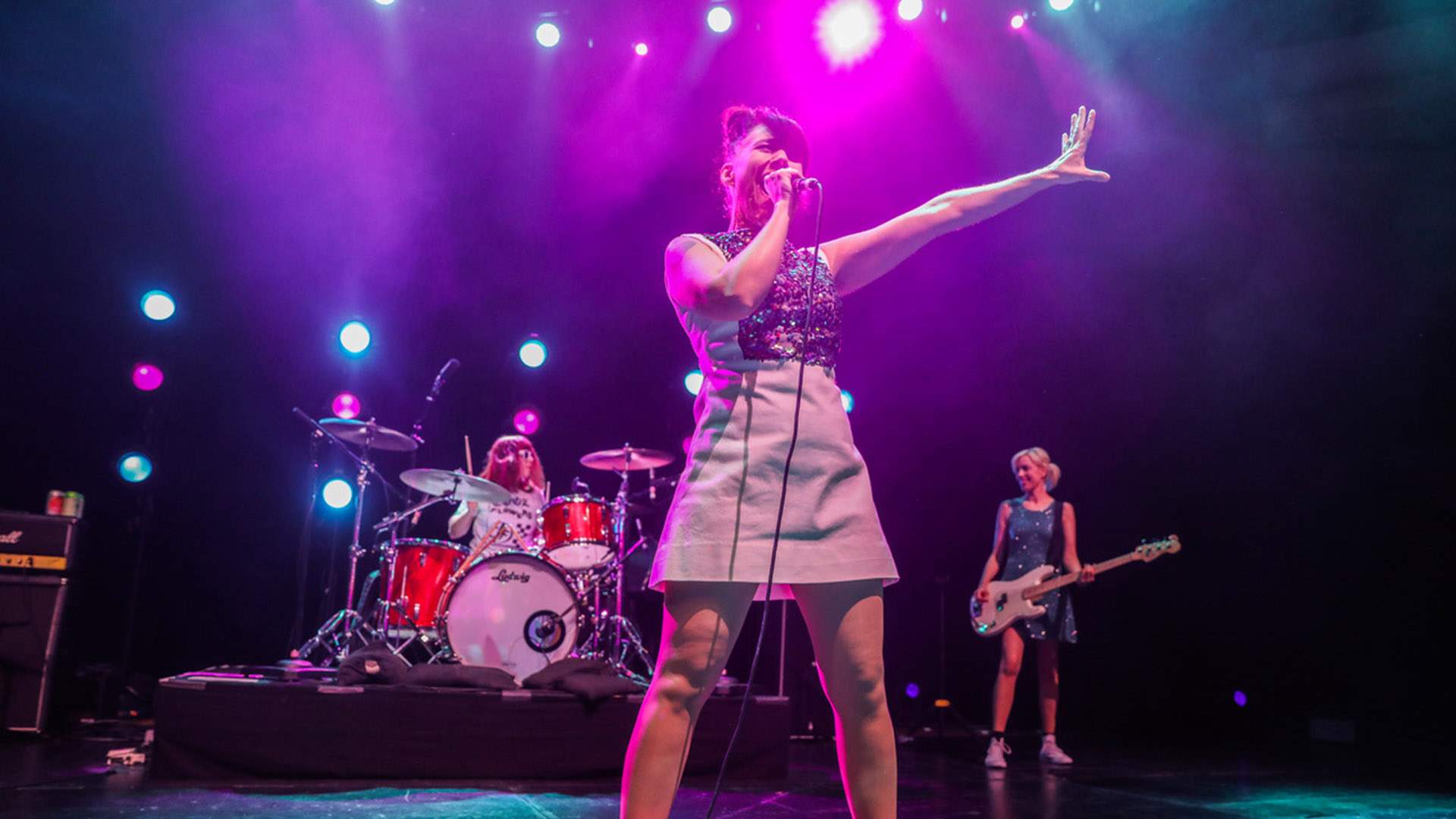 "The quintessential band that blends activism and extreme fun, Bikini Kill, will take their rightful place on the Sydney Opera House Concert Hall stage for one of the most anticipated shows of the year," Sydney Opera House Head of Contemporary Music Ben Marshall said.

"Kathleen Hanna, Kathi Wilcox and Tobi Vail are feminist performance-art punks whose moment never went away and are arguably needed now more than ever. Mesmerising, clever and surreal, this is a rare chance to see this legendary, razor-sharp live band that will blow you away, while revealing the constant struggle that animates them."

Tickets for the Brisbane, Adelaide and Melbourne gigs will all go on sale at 9am local time on Monday, October 31. As for the Sydney show, tickets will be available for Sydney Opera House Insiders from 9am on Tuesday, November 1, followed by a What's On pre-sale at midday on Wednesday, November 2, and a general sale at 9am on Friday, November 4.

Yes, either watching or rewatching the exceptional documentary The Punk Singer, about Hanna, should be on your must-do list right now. Fun fact: when Hanna spray-painted "Kurt smells like Teen Spirit" across her pal Mr Cobain's wall, the name of a certain grunge anthem was born.

And, if you're in Sydney in any point leading up to the tour, drop into the Powerhouse Museum Ultimo, where Bikini Kill is currently being featured in the exhibition UNPOPULAR. The exhibition dips into the musical archive of entrepreneur Stephen 'Pav' Pavlovic to unveil never-before-seen photographs and footage of legendary and beloved musicians taking to Australian stages. Hanna, Wilcox and Vail appear alongside other decade-defining artists like Beastie Boys, Nirvana, Sonic Youth and Hole. Bikini Kill will tour Australia between Sunday, February 26–Monday, March 13. For all the details on when tickets go on sale in each city, head to the band's website.