Kurt Vile’s ‘Waking On a Pretty Daze’ Mural Painted Over

This Philadelphian should have Googled before he painted.

One of 2013's best album covers, Pennsylvanian Kurt Vile's LP Waking On a Pretty Daze featured a specially commissioned mural by Steve "ESPO" Powers in Philadelphia. Now the bright, purely inoffensive mural — which controversially features a rampaging dancing snowflake, threateningly adorable postbox and a terribly welcoming couch surround by a love heart and the words "There's a place for all my friends." — has been painted over by local man DJ Lee Mayjahs, according to Philadelphian radio station WXPN. Why? Apparently the mural was "attracting graffiti to the neighbourhood." Philadelphia journalist Leah Kaufmann spoke to Mayjahs, turns out he really didn't know what he was doing when he took to the mural with white paint. Mayjahs is apparently horrified by his actions and has offered every sincere apology.

"I got home and started doing research on my computer. I can't believe what I had done ad I wrote a letter to Kurt Vile apologising," he said. "I wrote a letter to the artist Espo apologising, telling them that I would pay Espo to come down and repaint it. I also wrote a letter to the mural arts apologising. Apparently it wasn't official. Even though it wasn't official I'm sorry for everything I did. I would do whatever I could do to make it right. I really am sorry. I don't know what I was doing. I literally lost my mind and took it out which was the dumbest thing I've ever done in my entire life." "I live in that neighbourhood. I've lived there for 15 years. I'm always cleaning up the streets and alleyways. I don't know… for some reason I feel like ever since that piece has been there it's attracted more and more graffiti to that neighbourhood, he said. "Every time I paint over illegal graffiti I was blaming it on it (the mural) and I didn't realise the people in the neighbourhood love it, I've never really sat and looked at it. I never did any research on it and then I just snapped." 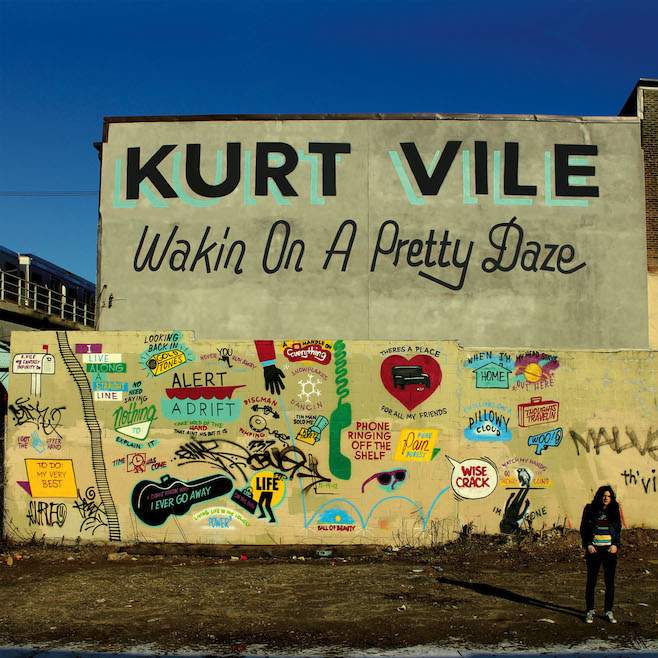 "I didn't think anything through and acted false pretence. I didn't think about the consequences of my actions. I'm sorry about that, I love Philadelphia, I love my neighbourhood and I love the arts. I'm a big supporter of the arts and so for me to do something that offends all of these people is completely out of character for me. Anybody who knows me will tell you the exact same thing. I'm sorry about it."

Vile's rep has confirmed to that ESPO will head back to the mural and repaint it. The building's owner and the attached restaurant are apparently fans, seeing no reason to fear a graffiti influx to their Philadelphian streets because of it.

Check out the mini-doco about the creation of the mural and just stare forlornly at the Waking On a Pretty Daze album cover for consolation:

Via Pitchfork, Metro and WXPN.

Published on June 30, 2014 by Shannon Connellan