Nick Cave Has Created an Online Museum of Important Shit

Nick Cave thinks your drawerfuls of memories are important.

There's a scene in the recently released 20,000 Days on Earth where Nick Cave claims he's genuinely jealous of Warren Ellis for having a piece of Nina Simone's used chewing gum. No ordinary piece of gum, this was what she chewed just before launching into the show of a lifetime. She stuck it on the piano in front of her, wiped her head with a ratty old towel and delivered a performance so phenomenal that its memory captivates Cave and Ellis more than a decade on. In an act of hardcore fandom Ellis grabbed both the towel and gum after her set.

Inspired by these small pieces of sentimental memorabilia, Nick Cave and the creators of this semi-fictional documentary are currently curating an online Museum of Important Shit. Composed of user-submitted photographs, the museum documents the small keepsakes and trinkets that stay with us over the years. Whether that be a Polaroid photograph of a high school sweetheart, a lucky charm from your childhood or, on the more disgusting end of the spectrum, an old piece of gum wrapped in an old sweat rag. Validating hoarders all over the world, the collection really romanticises and unpacks the magic of these items. Dealing in "humble signifiers of huge significance," the museum's objective is to "catalogue the things that remind us of those transformative moments that make us who we are, and unlocks the stories connected to them." Comprised of over 200 items, the site currently displays receipts, drawings and a cigarette butt that once belonged to Tom Waits. 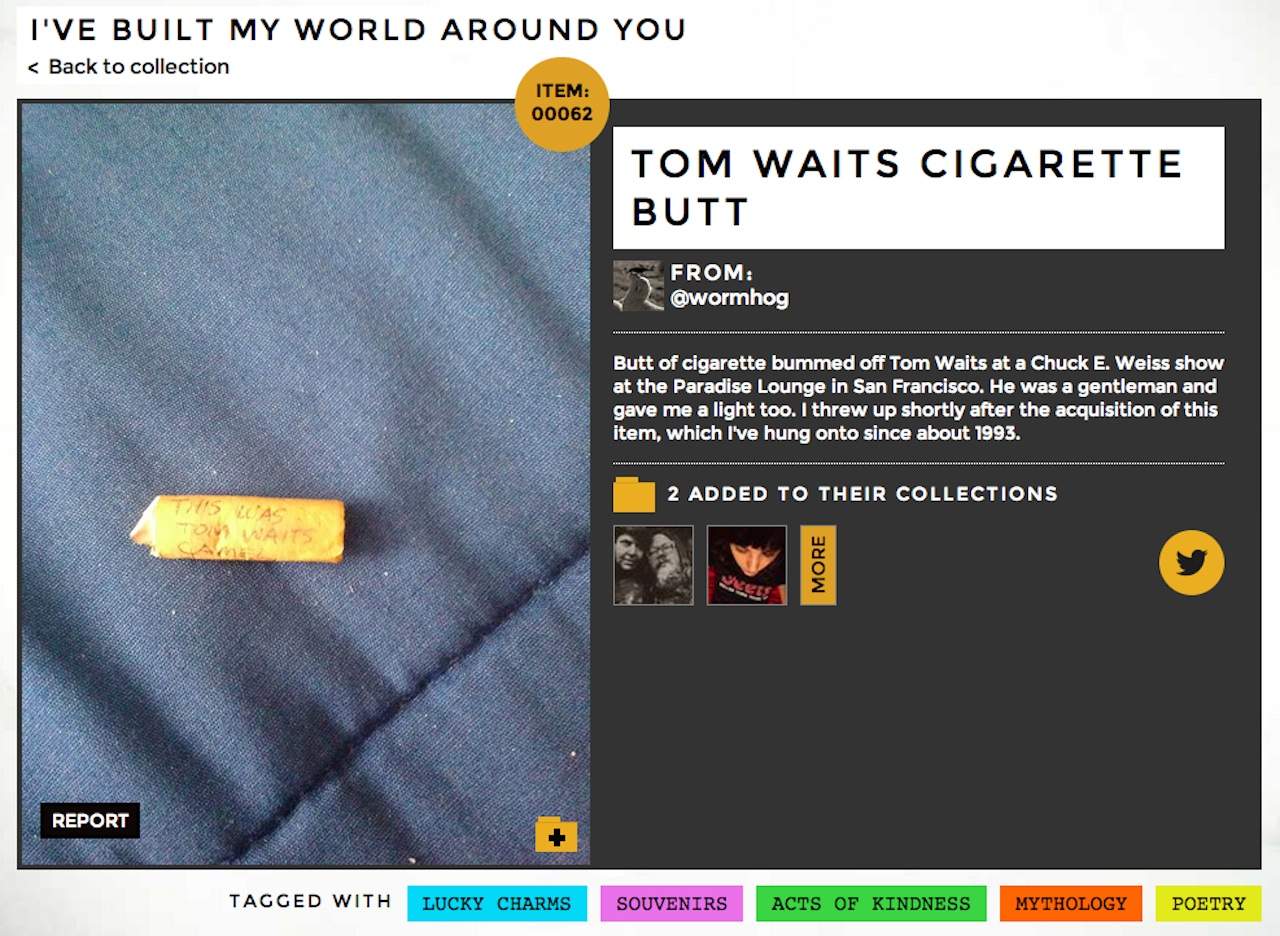 For those who have seen 20,000 Days on Earth, the museum should come as no surprise. A bizarre blend of fiction and fact, the film is so centred upon the nature of memory that in many ways it emulates one — built on a shaky foundation of small moments and half-remembered stories. In one scene Cave narrates his memories through old photographs and collectables archived now as historical resources.

"I've been a great collector of stuff from the start, you know, as a child, with my marbles and bits of string in my pocket," said Cave. "To this day, I keep the writing and photographs and the random ephemera, that over time, unexpectedly, collects meaning and significance. That stuff seems to be a kind of buttress that supports the soft tissue of my life. It feels connected to my soul in some kind of way. These physical things that define particular periods of my life, hold great importance to me. That stuff can unexpectedly reduce you to tears, because unexpected memory has that capacity. We all do it, I suppose, collect stuff, we all have our totems and touchstones that anchor us to our past. Stupid shit, in a way, but important shit." This important shit will be curated in the coming weeks by various actors and creative types including Richard Ayode (of The IT Crowd and recent directorial fame). And, while it may be hard for them to find a similarly profound meaning in all our trinkety junk, it's nice to know we're not the only ones collecting it.