Here's the lowdown on the seven newbies.

Along with our long-time favourites, the final casting announcement revealed a plethora of unknowns. So we thought we'd get acquainted with the seven newbies. Their roles and midi-chlorian counts are yet to be revealed, so you can continue your pub arguments for a while yet. You might know him best as Girls' Adam Sackler. But, just lately, we've seen Driver tackle the Australian desert alongside Mia Wasikowska in Tracks and cheese his way through a novelty song with Justin Timberlake in Inside Llewyn Davis. What's more, Star Wars isn't the only major announcement he's been part of during the past few months. You can also expect to catch him in upcoming films Midnight Special (Jeff Nichols) and Silence (Martin Scorsese). Oscar Isaac hits Star Wars hot on the heels of his wide-eyed, multi-award winning appearance as hapless singer-songwriter Llewyn Davis. He's also in the credits for five films currently in post-production: In Secret, Ex-Machina, The Two Faces of January, Mojave and A Most Violent Year. 85-year-old Swedish-turned-French legend Max Von Sydow has been appearing on the big screen since 1949. Most recently, he scored a bunch of nominations, including one for his second Academy Award — for his role as The Renter in Extremely Loud and Incredibly Close. You might not recognise him from the above mug shot, but Andy Serkis is most likely one of your noughties heroes. Through a combo of motion picture capture acting, voice and animation, he played Gollum in Peter Jackon's Lord of the Rings trilogy (2001-3) and The Hobbit: An Unexpected Journey (2012). He brought similar magic to the lead role in King Kong (2005), Caesar in Rise of the Planet of the Apes (2011) and Captain Haddock in The Adventures of Tintin (2011). Hogwarts students are most likely to be familiar with this striking Irish face. Domhnall Gleeson played Bill Weasley in Harry Potter and the Deathly Hallows - Parts I and II (2010 and 2011). Right now, he's on set for upcoming romantic comedy Brooklyn, an adaptation of the Nick Hornby novel. 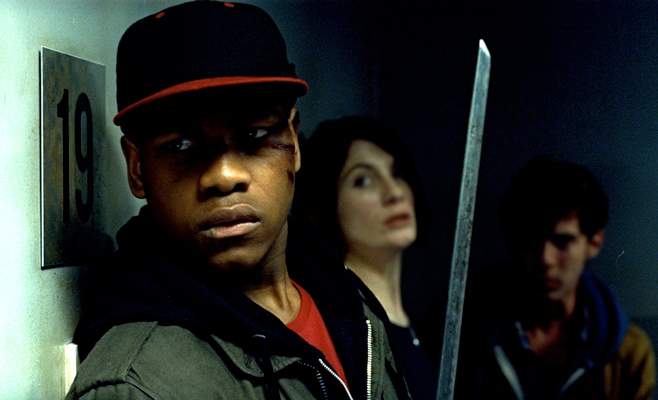 In 2012, at the age of 20, Boyega shared a set with Oscar nominee Chiwete Ejiofor in Half of a Yellow Sun (Nigeria/UK 2013). Sci-fi fans knew him before that, though, for his take on Moses in Attack the Block. And last, but not least (though certainly least-known) is Daisy Ridley. She's appeared in a handful of TV series, including Casualty, Mr Selfridge and Silent Witness, and played the lead in BAFTA-nominated interactive film, Lifesaver. She's now trending like wildfire.

Published on April 30, 2014 by Jasmine Crittenden