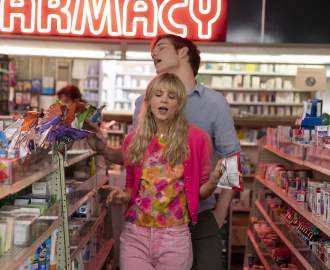 The character is the second 'Spider-Man' villain to get their own movie — and this one ties into the Marvel Cinematic Universe.

UPDATE, APRIL 4: Due to concerns around the coronavirus, Sony has announced that Morbius will no longer release on its initially scheduled date of Thursday, July 30, 2020, with the film now hitting cinemas on March 18, 2021.

When Venom took a Spider-Man villain, gave the character its own film and made a colossal amount of money — ranking seventh at the global box office for 2018 — other movies in the same vein were always going to eventuate. Next up is Morbius, which repeats the first two parts of the above equation in the hope that the third part (aka piles and piles of cinema-goers' cash) will also follow.

With Joker this week scoring 11 Oscar nominations, the most of any film this year, it's a good time to be in the comic book villain movie game. Former Suicide Squad Joker and Dallas Buyers Club Oscar-winner Jared Leto leads the charge in Morbius, playing a figure also known as the "Living Vampire". The backstory: suffering from a rare blood condition and dedicating his life to trying to save others from the same disease, Dr Michael Morbius (Leto) subjects himself to an experiment in an attempt to find a cure — and ends up with vampire-like superhuman abilities.

Made by Sony, the studio that owns the rights to Spider-Man and its associated characters — unlike the rest of the Marvel Cinematic Universe's figures, who are owned by Disney — Morbius forms the second film in its own Marvel Universe after Venom.

Yep, there are now two big-screen superhero realms stemming from the company's comics. And, as the just-dropped trailer for Morbius shows, they're actually connected. Thanks to a piece of graffiti, it looks as though Morbius takes place after 2019's Spider-Man: Far From Home, and a well-known face from Spider-Man: Homecoming shows up here as well.

Just how else the film will tie into Sony's Marvel Universe or the MCU is yet to be seen; however, given that the Tom Hardy-starring Venom 2 also hits cinemas in 2020, it's safe to expect that there'll be some links between those two flicks at the very least.

After being delayed from its original release date of July 30, 2020, Morbius will now open in Australian cinemas on March 18, 2021.