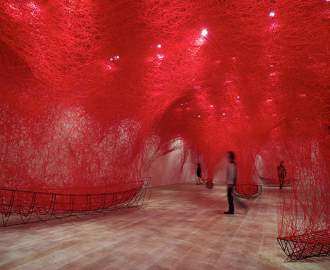 Neo. John Wick. Johnny Utah. Ted "Theodore" Logan. Across Keanu Reeves' almost four-decade acing career, the inimitable star has played many iconic parts — but only one thrust him to stardom as a time-travelling high-school slacker who had to round up famous figures from the past to pass his history report and save the future of humanity. As a result, the Bill & Ted movies have always held a soft spot in Keanu fans' hearts. Since first hitting screens in 1989 and 1991, the franchise has long been the subject of follow-up rumours, too. And now, just when the world particularly needs a reminder about being excellent to each other, the series is returning with its long-awaited third instalment.

Nearly thirty years after Reeves last rocked out, grappled with fate and used a telephone box as a mode of transport in Bill & Ted's Bogus Journey, he's back doing the same thing. So is Alex Winter as Bill S. Preston, Esquire, Ted's best buddy, San Dimas High classmate and fellow founder of Wyld Stallyns, aka the garage band that'll change life as we know it and inspire a utopian society — at least according to Rufus (the late George Carlin) in film that started it all, Bill & Ted's Excellent Adventure. But as the just-dropped first teaser trailer for Bill & Ted Face the Music shows, that plan hasn't quite panned out as yet for the franchise's central duo. Twenty-five years ago, they played a concert in front of the entire world. One month ago, they played a gig in California for 40 people — "most of whom where there for $2 taco night", they're told.

After being reprimanded by the folks from the future for their lack of progress — when you're supposed to write the song that unites the globe and saves reality, a quarter-century without any progress isn't going to go by unnoticed — Bill and Ted decide to head forward in time to a point when they've already penned the tune in question. Once they're there, they figure they can just steal the track from themselves. Bill & Ted Face the Music's first sneak peek is only brief, so it reveals few other details; however, if you've watched and rewatched the comedy series' first two movies, you'll know that plenty of hijinks await. So does playing air guitar with the Grim Reaper (William Sadler), because of course it does.

Not touched upon in the teaser: the fact that Brigette Lundy-Paine (Bombshell) plays Ted's daughter Billie Logan, Australian actor Samara Weaving (Ready or Not) pops up as Bill's daughter Thea Preston and Kid Cudi also has a role. Keanu does exclaim "party on, dudes!" in the 90-second clip, though, and more than one version of Bill and Ted appear on-screen. As for what else the film has in store, audiences will find out when it hits cinemas in August.

Bill & Ted Face the Music is scheduled to release in Australian cinemas on August 27.