Plus, win an up-close-and-personal experience with the band at Laneway Festival.

Born in 1970s rock age California, Scott Hansen, better known as Tycho, has been making a mark on our generation's electronic music scene since the mid-2000s. Four records down and ten years into his career Hansen has steadily mastered his solo project, though most recently adopted live band members Zac Brown (guitarist and bassist), Rory O'Connor (drummer) and Joseph Davancens (keyboardist) and their combined instrumental ingenuity to create ample tunes that imitate the starry night.

Tycho's music takes us into layers of ultrasonic musical waves where Hansen finds a strong pull from nature and his inner-emotional being. The group's newest album Epoch is the finalé to a trilogy beginning in 2011 with Dive to 2014 with Awake.

We sure are getting amped to see the four-man band perform at Auckland's Laneway Festival held in Albert Park this coming January. Calling all the way from San Francisco, we were privileged enough to chat with a very humble Hansen about the genesis of his love for electronic music.

Epoch is your third full-length album since becoming a solo artist, how do you think your musical style has changed from Dive, Awake and now, Epoch?

Starting off as a solo artist, I slowly started working with Zac and Rory on the last couple of records. The first record was actually called the Past is Prologue, it came out four years before Dive and it's been a gradual evolution, playing together for the live shows originally just playing the solo material but I wanted to play with the band on stage and as we did that, I started to realise that I wanted to capture that sound we made live on an album.

Can you please give us an idea of your songwriting process. How do you typically begin? And how do you translate that initial idea to a fully formed song? Are the rest of the band involved?

Not really, I tend to treat it more as sessions (with the band). For most of the writing, I usually sit down and spend a couple of months coming up with the ideas. I then take them to Zac and then we'll work through those ideas, I'll then spend a couple more months working them into songs. At the end, we'll come together and talk about arrangements and a couple of times throughout that process I'd send stuff to Rory where he'll begin to record some drums for it. It's a distributed process.

How did your love for electronic music come about? Why did you chose the name stage name Tycho?

In the '90s I was going to drum and bass shows and that just piqued my interest because I'd never heard of music like that before, always listening rock and traditional stuff. And that was the first time I thought 'oh, where does this music come from and how was it made'. With rock, I always took it for granted. I started digging around researching and got a drum machine and that's how I got into it. I picked Tycho when I came across the astronomer, it just clicked and I decided to stick with that name.

What influences you when you're making music? What do you take in from real life to creating a supersonic sound?

Nature and being in the outdoors have always been the powers I draw from. More and more the albums become more introspective and based on internal emotions — not so much anything externally — it's been the goal to move towards that.

Do you ever miss working as a one man show?

Onstage, not at all. I hate it (laughs). I never felt like it really represented how the music was made because you couldn't really play it. With how I make music in the studio — playing instruments and layering them — you can't do it all at once on stage. It's great to have other musicians up there. In the studio, during the inspirational and early writing stages, I like to be alone because I have to spend hours meditating on stuff. Somewhere in the middle it's great to have somebody to collaborate with and to bounce ideas and concepts back quickly. Zac is really good with arrangement ideas. We've worked out a pretty good system.

Which album do you think gave you your big break?

I would never call anything that happened along the way a 'big break'. We're still an underground niche thing because we're still growing. But Awake was an album that exposed us to a whole new audience.

What are the highs and lows of being a full-time musician?

So many highs it's impossible. It's always been my dream to do this for a living. I've spent maybe 15 years working at it before I was actually able to do this — so everyday I'm thankful for that.  There is an aspect of where we're tied to the album cycle, where you spend a year making the album and spend the next year few touring. When I used to do it for fun/in my spare time - like Dive being made over the course of five years just messing around here and there. Moving from that to now, although it doesn't always feel like a job - it is because you are tied to a timetable with people expecting certain things from you. One of the biggest challenges in my career has been finding a way to make music I care about and feel strongly about within the context of it being my living and it has been a process of learning how to do that over the last couple of records.

How do you go about keeping your musical output feeling fresh?

To me I feel like I'm just getting started and I'm still really learning a lot, still haven't perfected the voice of the whole thing. So for me, it's not  even a deliberate thing trying to keep it fresh as I'm always learning and just inspired by the process — which keeps me engaged in trying new things.

What does the word 'Epoch' mean and why did you chose this word for your this album?

The word means an era but with connotations of a new beginning or the end of something. In a lot of ways with Awake being my first professional album I made as Tycho and it was about an era of how I lived my life spending a lot of time on the road. Epoch could progress as a cooler concept of Tycho— thinking about things in different ways, and it was an end of this three album trilogy.

Who are you listening to currently? Anyone you'd like to collaborate with in the future? If so, who?

I've been listening to The Shins and a bunch of early 2000s indie stuff. There are a ton of vocalists that I'm inspired by like Beach House, Thom Yorke, Ben Gibbard and The Postal Service.

What is the most important part of songwriting to you?

The biggest element for me is the production — it's the process of getting that first bit of inspiration to the finished song.

Are there any particular songs you are most excited to debut on the Laneway stage?

I really love playing 'Division', but there's a song called 'Local' which is a personal song to me —  I'm excited to play that live. 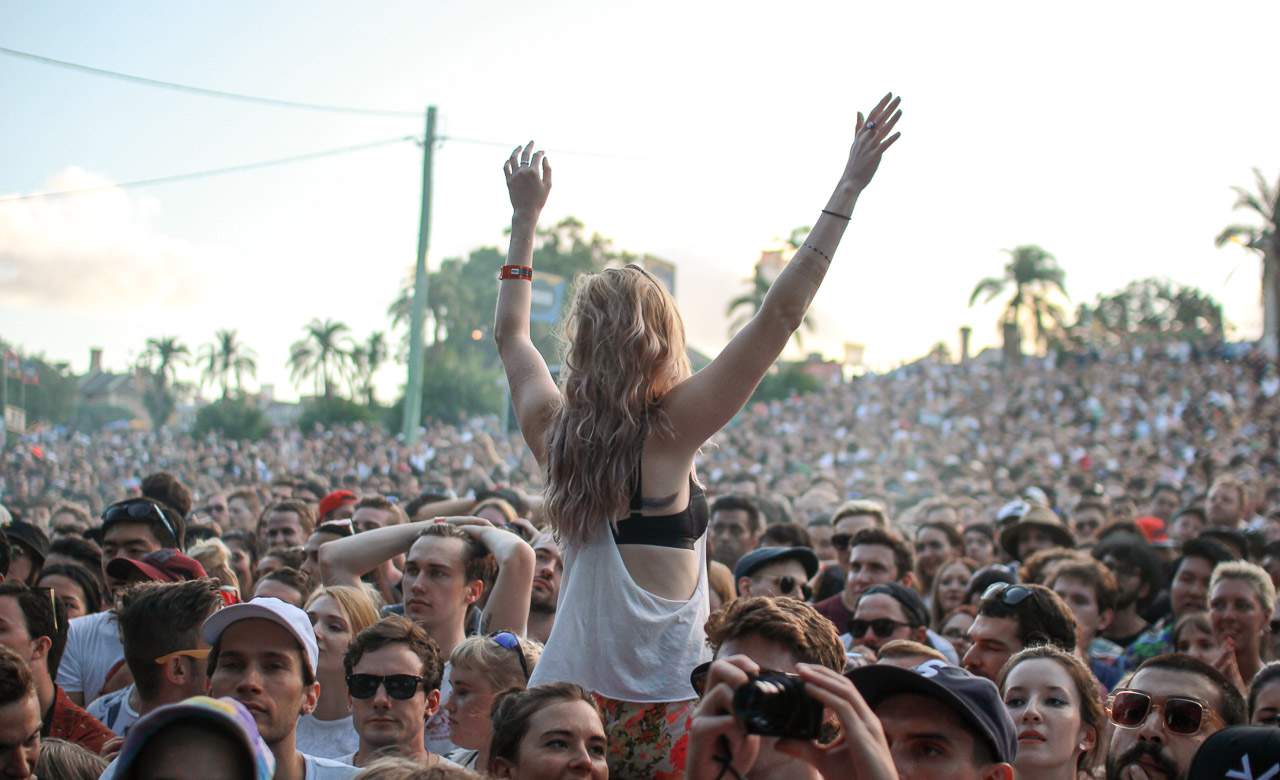