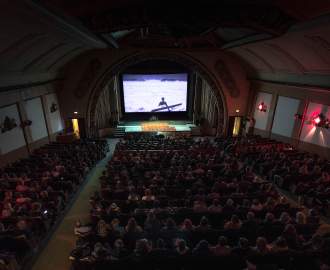 Sous les pavés; la plage! The phrase below Loop’s menu may seem random, considering the un-french-ness of the eatery, but in actual fact, the words sum up the new eatery’s mission statement and entire outlook on their venture. The french catchphrase translates to “Under the pavement; the beach!” This may once again seem random, considering the un-waterfront-ness of the eatery. This phrase, however, has nothing to do with harbourside location either, but rather pays tribute to the 1968 French riots. How does 11 million workers objecting the cultural revolution by shouting “Sous le pavés; la plage!” have anything to do with bistro dining? Loop have embraced the underlying message behind the words, believing them to mean that underneath formal societal structure exists a world of possibilities. They believe in digging beneath the norms for opportunity, innovation and constant progress. This belief shows in their out-of-the-ordinary menu and the unique dining experience they offer.

Loop’s focus is sustainability, even their title being inspired by the ‘loop’ of life. They source form ethical and local suppliers, and concentrate on minimising waste and their own environmental footprint. This results in a seasonally rotating menu, a ‘looping’ menu, if you will. Another interesting point of difference about the food on offer, is the long list of acronyms that follow the title of each dish. Most dishes were followed by GF, DF, and V, self explanatory initials, but some were also labelled LCHF. Low carb high fat, we were informed by our delightfully friendly and passionate waitress, a strict follower of the LCHF, and co-founder of the eatery.

We tried three of the four entrees on offer, including the coq au vin terrine and the prawn tortellini. Both were presented beautifully and deliciously light. The bacon and eggs ($14.50), though, was easily the highlight of the entire meal. Firstly, the name had us impressed, as although it sounds like you are about to be served a traditional English breakfast, the  entree consists of crispy pork belly, scotch quail eggs, peas, and celeriac and apple salad. The pork belly was up there with the best in the city, and the eggs were delicate and an amazing accompaniment for the meat. The salad added to the texture, and was tasty without taking away from the main act. I personally could’ve eaten it as a main course quite happily.

The mains did not disappoint - although nothing could live up to the bacon and eggs. We tried the slow braised daube of beef, with butternut and ginger, cucumber, coriander and spiced coconut ($27), and the mushroom and rolled aubergine stuffed with harissa, butternut, macadamia, basill, roasted broccoli and pine nuts ($25). The veggie dish won. It was rich, but easy to polish off and difficult to refrain from licking the plate clean. The portions are fair and you’ll leave feeling full without being uncomfortable. Unless you finish off an entire bowl of twice cooked chips ($8.50) like I did, then you might feel uncomfortable. But they were so good that I don’t even regret it.

After dining at Loop and discovering that each of my favourite dishes were LCHF, I considered trying the diet out myself. Then I remembered that the fries were not part of the diet. So I quickly banished that idea. Can you blame me? They were double fried.