Your iPhone will monitor your heart rate and close the garage door.

Held back in 1990, Apple’s first ever WWDC (Worldwide Developers Conference) saw a mere 1300 developers get together to shoot the breeze about System 7.

These super brains have kept chatting, tinkering and growing in numbers over the decades and this year 1000 Apple engineers and 5000 developers have converged on San Francisco to talk about two different platforms — iOS and OS X, plus a whole bunch of whiz-bang Apple developments. So what's new? Among the brand spanking new features are iCloud Drive and Mail Drop. The former lets you access all of your iWork documents on all of your devices — including Windows. The latter enables you to store and send large mail attachments via iCloud. But perhaps the most important word of the OS X 10.0 section of the speech was ‘Continuity’. You can now use Airdrop to connect Mac and iOS, meaning that all of your documents and photos will sync without you having to touch a thing. 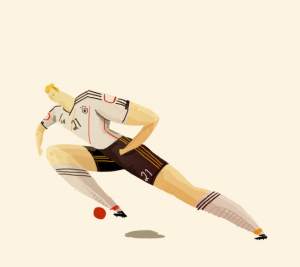 Next was the official announcement of iOS 8. When it comes to searching, you’ll find that Spotlight now covers a lot more ground, including contacts, business details, film listings and recommendations for Apple stores (of course).

Most other major changes were relevant to messaging and email. You can record video or voice and send it super easily via iMessage. A new predictive text feature called QuickType takes into account the context of your conversations and responds to questions. You also have more power when partaking in threads — give each thread a name, while removing yourself and silencing other participants freely (kind of like Facebook Messenger with a Twitter mute button). In addition, choose your ten favourite chat buddies and pin them to your main screen so you can call your mum in a moment (call your mum in a moment. Do it.). Perhaps the freakiest announcements were those dubbed HealthKit and HomeKit. The first can monitor individual health statistics, like heart rate and blood pressure, and collate the data for organisations such as the Mayo Clinic. Yep, your iPhone can track your heartbeat. What.

The second allows your iPhone to control, well, your whole house (kind of). You're snuggled into bed, ready for sleep. Instead of lumbering out of those bodywarmed sheets, ask Siri to close and lock the garage. You’ll soon hear the door rolling and all your dimmers down. Kind of Simpsons Ultrahouse-like.

But what inspired perhaps the loudest applause of the talk was the announcement of a new programming language, called ‘Swift’. As the crowd screamed and cheered Federighi described it as "Objective C without the baggage" and claimed that it "crushes Python". It's a programmer's world.

Published on June 04, 2014 by Jasmine Crittenden