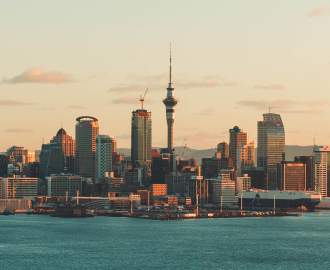 Thanks to this Spike Lee-directed movie, watching a phenomenal David Byrne concert film is no longer a once-in-a-lifetime experience.

Thanks to this Spike Lee-directed movie, watching a phenomenal David Byrne concert film is no longer a once-in-a-lifetime experience.

There may be no catchier lyric in music history than "same as it ever was", the five words repeated in Talking Heads' 1981 single 'Once in a Lifetime'. As uttered again and again by the band's inimitable frontman David Byrne, it's a looping phrase that burrows into your skull and never leaves. It's a line that, apropos of nothing, starts echoing through your brain at random moments as well. It's also the type of lyric that, when the above situation happens, no one protests. So when American Utopia opens with the musician sat at a table holding a brain and talking about what its various parts do, it feels as if Byrne is acknowledging what everyone already knows in the deepest recesses of their consciousness: that Byrne long ago got cosy in our craniums and has been nattering away to us ever since.

As he stares at grey matter while wearing a grey suit — a perfectly fitting one, unlike the famed big number he wore in iconic 1984 Talking Heads concert film Stop Making Sense — Byrne has something else on his mind, though. American Utopia starts with the part of our bodies where we all mentally reside, but slowly and smartly evolves from the cerebral to the communal. It segues from one man alone on a stage lost in his own thoughts to 12 people singing, dancing, playing instruments and connecting, and also pondering the state of the world and how to better it in the process. And it takes its titular concept seriously along the way, confronting America's political and social divisions in Byrne's witty, wise and impassioned between-song chats, but never satirising the idea that the US could be improved to the benefit of everyone. American Utopia is a concert film like its predecessor; however, as that masterpiece proved, the whole notion means more to Byrne than merely standing in front of a camera and busting out well-known hits.

From the sublimely soothing 'This Must Be the Place (Naive Melody)' to the punchier 'Burning Down the House', plenty of Byrne's best-known songs do grace American Utopia. 'Once in a Lifetime' is among them, of course, as are 'Road to Nowhere' and 'Everybody's Coming to My House', with the film's playlist spanning his career with Talking Heads and solo. Across a range of styles and tempos, each track is a wonder, and not just in the way that fans already know. As should be obvious from the fastidious fashion in which Byrne has conceptualised this stage performance — which he toured in 2018, then adapted for Broadway in 2019, and has now turned into this standout movie directed by Spike Lee — this is a meticulously crafted work. Basking in the glory of Byrne and his band is inevitable and would happen regardless, but soaking in everything that American Utopia does is another marvel entirely.

It shouldn't be so striking to notice that Byrne and his colleagues are doing their thing completely untethered, for instance. The stage they stand on is bare except for a shimmering grey chainmail curtain that wraps around three sides, and their instruments and microphones are powered by packs so there are no pesky cords all over the place. Even percussion instruments are strapped to the folks playing them, with absolutely nothing touching the floor other than dancing (and in Byrne's case, bare) feet. It's freeing, not just for Byrne and his band, but to watch. Every move made is immaculately choreographed, but without all the wires and big equipment that's usually part of every concert experience, the performers can simply interact. And as they do, the audience engages on a deeper lever as well.

Stop Making Sense devotees, which should include everyone given that it's the best concert movie ever made, will spot that Byrne has reversed his strategy from that earlier film. There, he walked onto the stage with a tape deck, pressed play, grabbed the microphone and kicked off by singing 'Psycho Killer'. When it came time for the next song, another bandmate joined him with their instrument of choice. The cycle repeated with the next track, and the next as well. It was a playful and also probing approach to the genre that made viewers confront its literally staged nature, which American Utopia achieves in the opposite manner and with broader aims — because, other than Byrne's presence, nothing is the same as it ever was here. Before Byrne forces you to do so, you probably won't have realised how enlivening, wondrous and cathartic it is to see the act of connecting so firmly thrust to the fore. It takes an incredible amount of work to make something so tightly constructed seem so loose and natural, and that's just one of the reasons that American Utopia is yet another of the star's masterpieces.

The other sizeable factor: Lee, who is on quite the hot streak via BlacKkKlansman, Da 5 Bloods and now this. Like Byrne, he doesn't just want to plonk the performers in front of a lens, with his energetic directorial choices designed to complement the show and make the audience feel as if they're in the room. American Utopia, the stage production, already celebrates intimacy. At its core, it features a dozen people turning a semi-enclosed cube into an inviting space for collaboration and togetherness. Sometimes peering down on the action from above, sometimes weaving between band members, Lee and his 11 camera operators find the exact right shot for the exact right moment in every instance — and prove inventive and creative as they're doing so, too. Although it comes early in the film, when Byrne sings "home is where I want to be", another of his earworm lyrics, everything about what's easily the most joyous cinematic experience of the year instantly makes you feel that he's talking about exactly where he's standing at that very second.