At your average bar you'd likely select a refreshment from a pre-prepared list. At Parnell's Boxer your drinking destiny is left in the hands of the chef as they examine the way you are feeling and whether you lean towards certain tipples.

The watering hole arrived in a former clothing store from the Pasture team in July. It's physically connected to the innovative restaurant — which was recently named one of the world's best — although it operates as its own standalone establishment. Boxer is what chef Ed Verner and his partner and food writer Hillary Eaton call a "chef-run bar". It also taps into the listening bar concept. Verner says the idea of Boxer was not borrowed from anywhere and that it's a combination of all the things he loves.

Japan's traditional listening bar concept was born so patrons could appreciate music through high-quality audio equipment. The soundtrack at Boxer is served up on a vintage 1970s Lenco record player. The chefs/bartenders might pull LCD Soundsystem, AC/DC or Wu-Tang Clan from the vinyl draw, but unlike traditional listening bars, the music is just one part of the experience, not something to drown out conversation.

Further nods to Japan can be spotted through the origami chopstick rests, the handmade ceramics, the small kaiseki-style dishes, and the minimalist setting pulled together by Nat Cheshire.

The drinking experience at Boxer is presented as three- and five-cocktail seatings. Where there's only room for six diners at Pasture; here there are two oversized wooden counters which seat 11 people. The three-drink session takes one hour, while you're allocated two hours to enjoy five cocktails. That time-beverage ratio might give the impression that you'll be having a boozy night out, but Verner assures that the alcohol levels are moderate and that you won't be walking out totally blotto. All of the spirits used are local and exclusive to Boxer, although Verner says that most of the drinks have been tampered with in some way. A laboratory instrument called a rotary evaporator sits to one side of the room. The contraption is typically used in a chemical lab for the removal of solvents. Here, Verner uses it to prepare distillates and extracts. He taught himself how to use it.

So what's on the drinks list, then? For the opening, Verner took a spare barrel of wine from Nelson producer Unkel and turned it into vermouth, only with notes of wild fennel, lemon leaves and tomato. Of the doctored creation, Verner says he prefers to go against everything you think a wine should be. "Why can't you fuck with wines? Why is wine different to gin or anything else? I just want to mix it up."

Elsewhere, some of that disruptive energy has been thrown into young wines, which are raw, unstable and pretty undrinkable in their fresh state. That's certainly not the case with the six-month-old wines he mixed with botanicals to make them interesting. Take the riesling with strong hits of banana and parsley, for instance.

During the service Verner likes to control how things progress. You might start with bubbles before moving into something wine-based or lighter, and then amp up the richness. That could mean distilled carrot top with celery leaf, or a smoked pineapple and lavender martini shot out of an espuma gun. While Boxer aims to challenge the often overly sweet and unbalanced cocktails, if there's something you really don't like, they'll pour you something else. 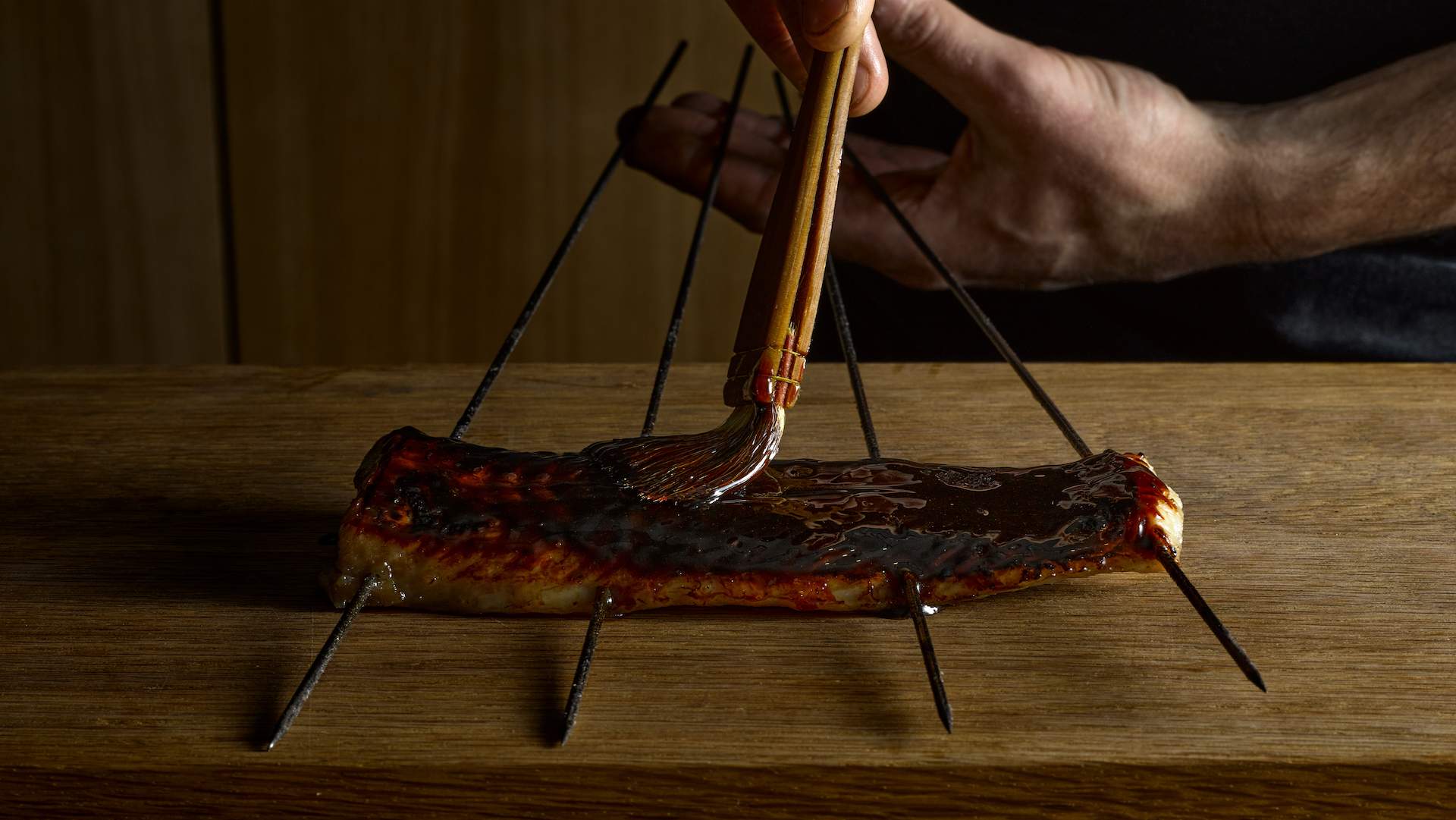 Alongside the drinks you'll be served a selection of beautifully plated small dishes. Verner says the "clash of chef and bar" is more present during the service as the chefs can been seen slicing sashimi, neatly folding gyoza to order and caramelising whisky with a red-hot poker. Most of the dishes are created before your eyes, or in a tiny kitchen in the corner. The first menu at Boxer included a smoked caviar doughnut, pork fat pretzel, fried seaweed with vinegar, and tofu milk skin with winter truffle.

Find Boxer at 235 Parnell Road, Parnell. It's open Wednesday to Sunday, 5–11pm. Walk-ins are welcome, although it's recommended that you book in for both the three- and five-course cocktail seatings here.

Published on September 16, 2020 by Stephen Heard