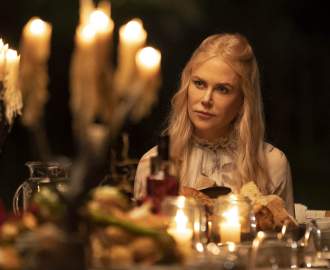 If you've ever been to Albert Street ramen joint, Ichiban, you'll likely know the struggle that comes with trying to secure a seat. The hole-in-the-wall eatery is literally just that, a tiny nook packed between a karaoke bar and nightclub with room for only ten shoulder-rubbing diners. You can throw out sitting beside your loved one.

The good news is that the outfit has opened a second noodle house in Newmarket, and with far more space to slurp and fine-tune that ramen hunch. Found on Khyber Pass, next door to first-rate Malaysian joint Selera, the space is fresh and inviting. Shiny blond timber makes up much of the space and is incorporated in everything from the long sit-down dining bar to a handful of tables. You'll be greeted instantly by the entire culinary team upon arrival and seated with a glass of water within seconds.

The menu is similar to the Albert Street mothership, boasting several varieties of traditional and modern ramen. According to the restaurant, the most popular dish off the menu is the flame-engulfed jigoku (hell ramen), a bright-red broth that can be infused with chilli from a standard spice level to "DANGER!!". Next time, perhaps. Elsewhere you'll find: miso butter ramen which comes topped with a stick of butter, the teriyaki chicken ramen and the stamina ramen which comes in a thick starchy broth to keep you charging all day. In this instance, I kept things simple and ordered the soy-based shoyu ramen. It arrived lava-hot in five minutes. I dove in seconds later. The lining of my mouth will never be the same.

In true Ichiban fashion, the sesame game is strong. The toasted seeds were abundant in the broth and, together with the sheen of sesame oil, served as a pleasant seasoning alternative alongside the fresh corn and bean sprouts. The sole piece of chashu pork was melt-in-your-mouth tender and regrettably disappeared in one gulp. As encountered at the Albert Street post, the broth to noodle ratio can be slightly off kilter, making it not quite as filling as expected.

The kitchen also whips up a handful of Japanese classics, including stir-fried yakisoba noodles, mabo tofu, katsu curry, donburi, edamame and gyoza dumplings. The only thing missing is Albert Street's unbeatable lunch deal that includes a steaming bowl of tonkotsu and Japanese curry for less than a tenner.