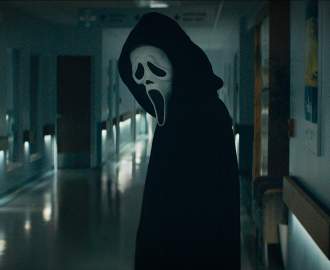 This Kingsland pizzeria is led by a former desk jockey with a 200-year-old dough starter.

This Kingsland pizzeria is led by a former desk jockey with a 200-year-old dough starter.

It was a decade ago in a small London pizzeria that Simon Murphy had a life defining moment. He was introduced to "real pizza". From there he developed a borderline obsession, spending hundreds of hours in his home kitchen trying to come up with his own perfect pizza recipe.

From a job in corporate IT with no professional pizza training, Simon has now opened his own small pizzeria in Kingsland. He says he's essentially a "desk jockey turned pizza maker." Found in the old Flight Centre building on New North Road, UMU's concept is pretty simple, "great sourdough pizza with a big focus on local, natural and organic produce." Simon adds that it is about providing a "complete customer experience" with a big focus on the community dine-in aspect. The space was designed by Gerrick Numan of Mille as place for locals to relax and eat great pizza with bright colours, shared tables and foliage. Elsewhere on the team is Kevin Parker (ex Britomart Hospitality Group, Miss Moonshines, Citizen Park) who is overseeing restaurant operations, and former Odettes chef Reginaldo Richard.

To come up with his ideal pizza recipe, Simon basically reverse engineered what he thought was the ultimate dough through a process of trial and error. The sourdough element means that the dough is leavened with naturally occurring yeasts that can be "captured". Simon's sourdough starter was captured from a bakery on a small island off the coast of Naples, which has been making bread with the same culture for over 200 years.

He says the key to great sourdough pizza is allowing the dough to ferment for a "really, really long time". UMU uses a 36-48 hour fermentation cycle which produces a tender and flavourful crust that is apparently easier to digest than other dough. Simon promises that you wont feel bloated after eating a pie from UMU.

To bring all this together is the heart and namesake of the eatery: a custom Stefano Ferrara wood burning oven (or umu) in full view of the diners. Humming at around 500 degrees, the oven can turn out pizzas in about 60 seconds from start to finish. The end result is a slightly crisp but not crunchy base, a charred and blistered crust, just melted cheese, and a wet but not soupy sauce.

There are eight hand-stretched pizza varieties on the menu, all named by their respective numbers. ONE is the classic trio of tomato, mozzarella and basil; TWO features garlic oil, Waiheke herbs, pecorino and rocket; FIVE hosts tomato, Sicilian sausage, black garlic, sage and chilli; and EIGHT comes topped with mozzarella, pecorino, pancetta, mushrooms and garlic oil.

Those wanting something else with their pizza will find a sides menu of polenta, fire-roasted mushrooms, overnight burned potatoes. They're also cooked in the umu — it's the only cooking device onsite.

To wash it down, take your pick from a list of craft beers and organic wines. See the full menu here. While dine-in is the core focus of the eatery, UMU will also offer takeaway and for pick-up via an app.