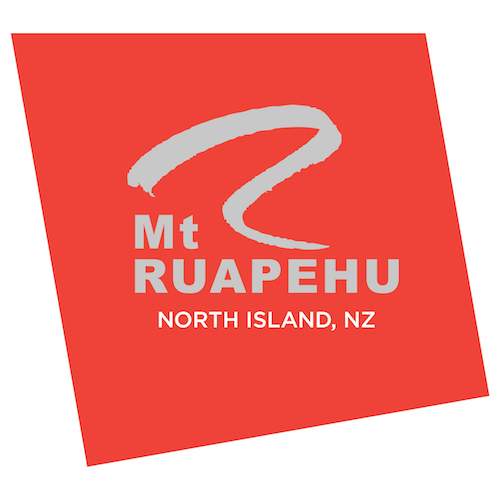 Positioned in the heart of New Zealand's North Island, Mt Ruapehu is best known for its pristine developed ski fields. On the southwestern Turoa slopes it features natural pipes, steep chutes and a vertical drop of 722 metres, while the Whakapapa village leads to breathtaking snow-capped landscapes and the largest ski area in the nation. And that's only what happens in winter. Many people don't think of the mountain as a summer destination, but in the warmer months it comes to life with the country's largest high-speed gondola, panoramic views across a dual world heritage site and a range of dining options in the clouds. And while it may be summer, there's still a chance you'll spot some of the cold white stuff. Riding Mt Ruapehu's newly opened Sky Waka will take you on a journey into the clouds. Called New Zealand's largest and most technically advanced gondola, the high-speed Sky Waka travels 1.8 kilometres in just five minutes above the rugged terrain of Whakapapa. From the Top of the Bruce base station you'll traverse over waterfalls and ancient lava flows and catch a glimpse of Ruapehu and its neighbouring volcanoes, Ngauruhoe and Tongariro, through the floor to ceiling windows. Touch down will bring you to the award-winning Knoll Ridge Chalet where a selection of dining options await. Sitting pretty at 2020 metres above sea level, Mt Ruapehu's The Pinnacles (Ngā Tohu) restaurant puts the sky-high eateries of Auckland to shame. The highest restaurant in New Zealand allows guests to enjoy their meal alongside breathtaking views of the valley below. The menu offers a rotating selection of locally sourced meats, from Awhi Farms marinated sirloin to Waihi Pukawa roast rolled lamb and venison from the Central Plateau below. Pair that with roasted carrots by way of Ohakune and a cheese and pastry selection sure to rival anything back on earth. The restaurant is open in summer for buffet lunch, afternoon tea, plus dinner on Friday and Saturday evenings. Also on offer in the Knoll Ridge Chalet is classic New Zealand cafe-style cuisine. While shredding powder is sure to get your blood pumping, a visit to Mt Ruapehu in the summer is enough to prompt a few jaw-dropping moments. The mountain just happens to sit within Tongariro National Park, New Zealand's oldest national park and a dual UNESCO World Heritage site. The status recognises the park's important Maori cultural as well as geological significance. Visitors to Ruapehu and the surrounding region can expect to see some of the most rugged terrain in the North Island, including panoramic views across the Central Plateau and as far as the perfectly formed stratovolcano, Mt Taranaki. VISIT FAMOUS SCENES FROM THE 'LORD OF THE RINGS'

At Mt Ruapehu you can visit the spectacular scenery of J.R.R Tolkien's fictional world of Middle-Earth without tackling the great writhing tangled brambles or bypassing the lair of the giant spider. Several key scenes of the trilogy were filmed in Tongariro National Park, and varied levels of trails will have you positioned in Ithilien where Gollum caught a fish, at the very location Isildur cuts off Sauron's finger and standing in the spot where Frodo and Sam met the Gates of Mordor. New Zealand's Department of Conservation has kindly done all the legwork and put together a list of coordinates for a self-guided Lord of the Rings tour. See where the magic was made while experiencing some of the most beautiful short hikes in the country.