Make your way up a volcanic summit, head west to see black sand dunes and track around the country's largest marine restoration project.

The possibilities are endless when you're looking to head out for a walk in Auckland. With water in nearly every direction, Auckland is home to a spectacular range of coastal trails where you can wind down and let the ocean breeze whip through your hair. You can also make your way up a volcanic summit for a stunning outlook across the city and harbour, head west to see Auckland's famous black sand dunes and track around the country's largest marine restoration project. Just over 30-kilometres from Auckland's CBD, this clifftop walk from Bethells to Muriwai Beach (or reverse) normally dishes up stunning views of the wild west coast. You can tailor the walking track to suit your experience and fitness level, from short two- to four-kilometre one-way sections to the full ten-kilometre trek.

Currently, some parts of the track are closed due to unsafe slips, but the section of the walkway between the car park at Bethells Road and Raetahinga Point is open, and you can still make your way down to O'Neill bay. That's still a decent one hour and 40-minute walk each way, where you'll cop views of lagoons, dunes and the west coast surf, and might also see gannets diving for fish. The track is part of the Hillary Trail which connects a network of existing tracks in the Waitākere Ranges — check out which sections of the track are open here. The last few years have seen many tracks in Auckland's beloved Waitākere Ranges a no-go zone for enthusiastic walkers due to the devastating kauri dieback. But just in time for the long weekend, three of the best tracks in the area are back open for business. The Auckland Council announced this week that the Gibbons, Muir and Pararaha Valley tracks are all now re-open, after a $2.3 million upgrade and extensive consultation with local iwi Te Kawerau a Maki. You can now enjoy the stunning views over the Tasman Sea and the scenic conservation reserve while getting a sweat on.

While this means only sections two to five of Te ara Tūhura / Hillary Trail are now operational, the entire trail is expected to be finished around May next year, including linking up Anawhata to the Te Henga walkway above. The seven-kilometre Coastal Walkway on the Mangere Ihumatao foreshore can be started from either working farm Ambury Park or historic reserve Otuataua Stonefields. The walkway tracks New Zealand's largest marine restoration project, which removed 500 hectares of oxidation ponds and reunited the original foreshore with the sea. The walkway provides access to a stretch of coastline rich in cultural history. You'll find freshwater springs on foreshore and a variety of birdlife, including pied oystercatchers and golden plovers. For a shorter walk, start at Oruarangi Creek or Creamery Road. With panoramic views out to Rangitoto, North Head Historic Reserve is the perfect spot to wile away an afternoon. There are a series of easy tracks to choose from, all of which showcase the extensive military history of the area. Set aside a couple of hours for the full summit loop and to discover tunnels, guns, searchlights and defences that were placed on the headland to protect Auckland from feared Russian invasions. 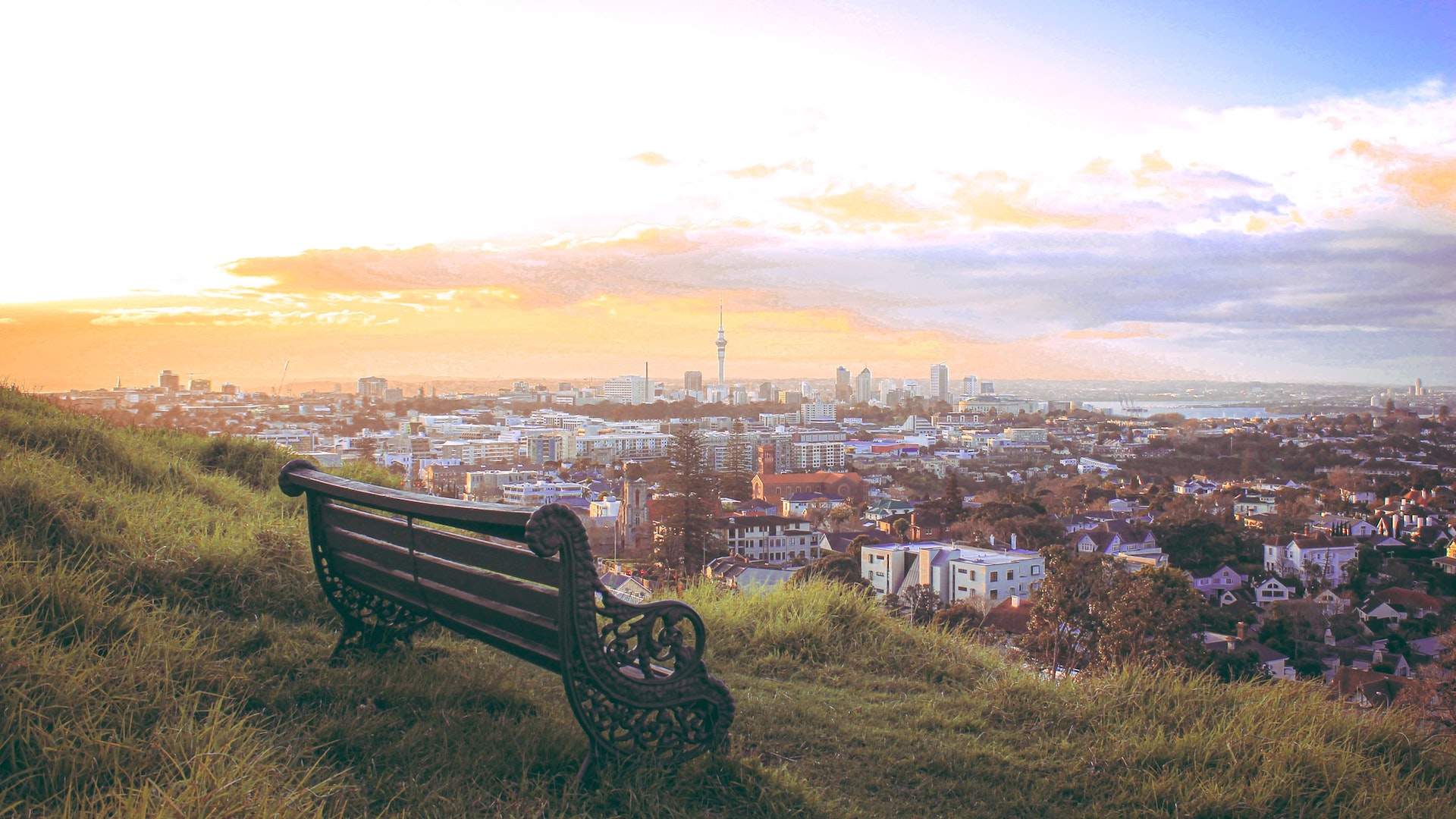 With panoramic views over Auckland's CBD and Waitematā Harbour, Maungawhau/Mount Eden is one of the most popular walking and running trails in the city. The summit track might only be just over two kilometres, but the consistent climb can really push the lower body. Once you get to the top, there's a boardwalk around the volcanic crater perfect for a warm down and a viewing deck on the elevated northern knoll where you'll cop stunning views. The Waikōwhai Walkway follows the northern shore of the Manukau Harbour from the Onehunga foreshore to Lynfield Cove. Along the way, you can take in sheltered coves, regenerating native bush and stunning views across the harbour. For two hours before and after low tide, you can access the entire route along the foreshore, or through a series of reserve tracks at high tide. You can complete the full ten-kilometre trek in about five hours, or take one of four stroll-sized loops. Be sure to check the tides before you venture out. 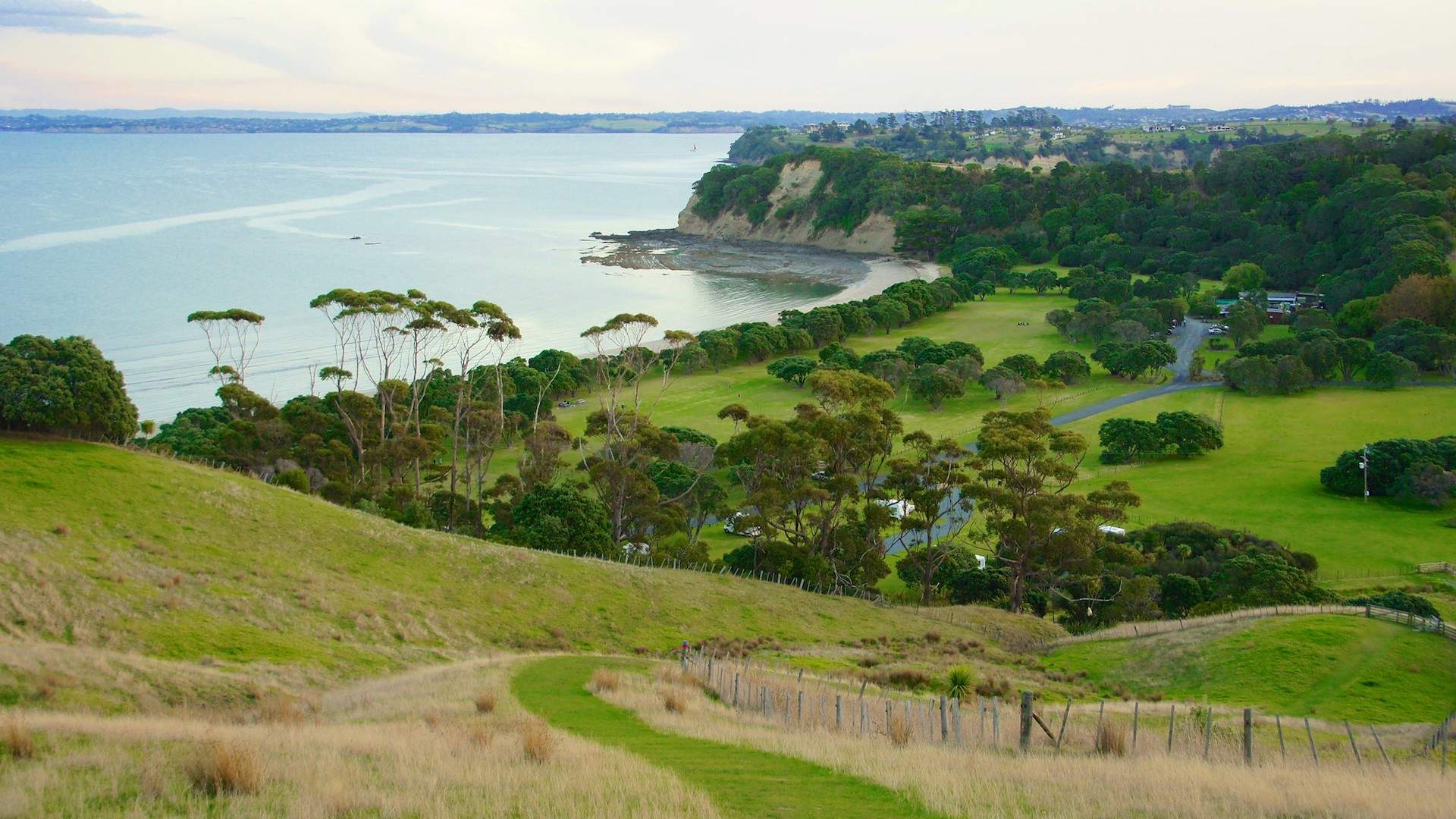 Located at the tip of the Whangaparāoa Peninsula, about 40 minutes from downtown Auckland, is Shakespear Regional Park. The 'Heritage Trail' has plenty to offer for walkers and runners, including historic WWII sites, friendly farm animals, regenerating native bush and spectacular views across Tiritiri Matangi Island. The full loop around the peninsula is over nine kilometres, but you can opt for shorter routes off the main track through farmland and past a waterfall — perfect for a breather. A trip to Auckland's youngest volcano will take you across ancient lava fields, past historic buildings and through the largest pōhutukawa forest in the world. The tracks require intermediate walking experience and some preparation. The trip begins with a 25-minute ferry ride from Queens Wharf or, for the adventurous, a kayak harbour-crossing. The seven-kilometre summit track takes approximately two hours return with options to go off-track to lava tunnels and caves or to circle the rim of the crater. Given that some of the track covers broken lava fields, good footwear is essential. Water is also a must. Head west in the direction of Bethells/Te Henga and you'll eventually come across the Lake Wainamu trail. From the carpark, the Waitākere Ranges route follows the stream for 25 minutes before it opens up to the lagoon and the base of an out-of-this-world black sand dune. From there, it's a one-hour walk around the lake which is fringed by native bush. After conquering the route you can decide whether to take the plunge in the fresh water or slide down the massive dune. How about both?