We chat talking animals and tracking down Bill Murray with the actor-turned-director.

When it came to putting together a live action version of Rudyard Kipling's The Jungle Book, director Jon Favreau must've found himself thinking about the bare necessities. We don't just mean the catchy song that helped make the major Disney version such an enduring hit, though the tune does feature again this time around. In trying to bring the story's wilderness setting and talking animals to life, the actor-turned-filmmaker had to consider which aspects were essential. Would it be killer special effects? An all-star voice cast? A fresh new talent to play the film's only human role? Capturing a sense of movie magic?

Yes, no doubt they all crossed his mind as he prepared to tackle the tale of man-cub Mowgli (newcomer Neel Sethi), his jungle upbringing and the creatures — wise panther Bagheera (voiced by Ben Kingsley), hypnotic snake Kaa (Scarlett Johansson), honey-loving bear Baloo (Bill Murray), giant primate King Louie (Christopher Walken) and fearsome tiger Shere Khan (Idris Elba) — he encounters. Indeed, the proof is in the enchanting end product, which blends both the book the animated film people know and love into a photo-realistic, live action package in the best way possible.

So just how did the man that partied with Vince Vaughn in Swingers, kickstarted the current superhero cinema craze by directing Iron Man and made everyone crave Cuban sandwiches in Chef approach such an ambitious project? With Favreau in Australia recently to promote The Jungle Book, we took the opportunity to ask him about making talking animals look real, tracking down Bill Murray, getting advice from the kitchen and more. ON ADAPTING (AND PAYING TRIBUTE TO) SUCH A BELOVED STORY

"I think you have to capture the spirit of the animated film, but if you're doing it in a photo-real way — which is what we set out to do — making it a G-rated kids movie probably wasn't going to work for us. So we felt that doing a PG-rated movie that skewed a little bit older and appealed more to adults as well as kids was not that big of a leap.

We did try to include music and characters and tone, and cast it in a way that felt like it was related to the older film. And it's always tricky as a director when you're trying to balance tone. Because not only were we influenced by the '67 animated Disney film, but we're also influenced by the stories written by Rudyard Kipling that were quite a bit darker and scarier and more adventurous. So we tried to combine those things and pay homage to all the influences." 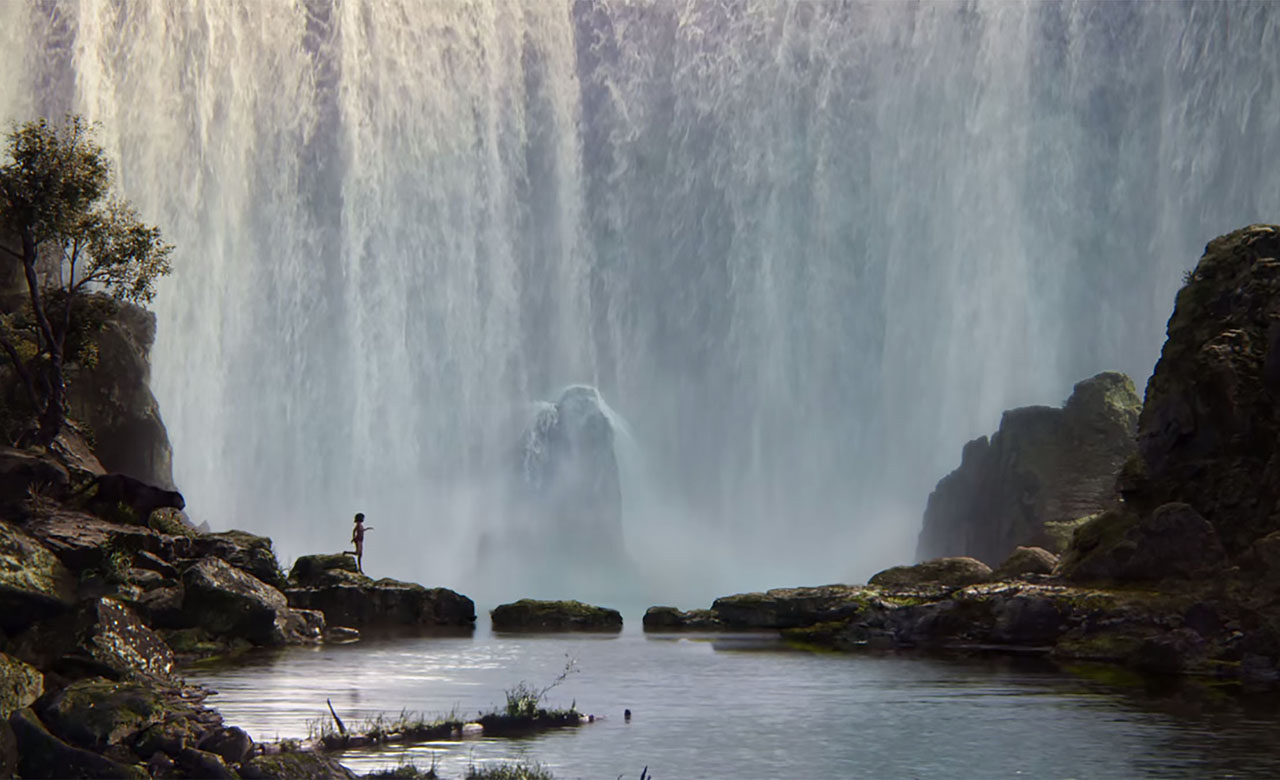 ON CREATING A GRAND CINEMATIC ILLUSION

"There was an opportunity here to do something really exciting and fresh and new that would surprise children and adults alike, because we're using technology that has never been used before. And people who see this are very hard-pressed to figure out what's been generated by computers and what's real. And there's very little real at all. It's very hard to wrap your head around it when you see it.

I think nowadays, honestly, there's so much competition on television, on the internet, on cable. There's so much good programming and so much good content out there that if you want to ask people to go to the movie theatre and spend their money and sit with 3D glasses on, you'd better give them an experience that they can't get anywhere else. And that was the appeal here. It's like being a magician coming up with a magic trick. You really want to create a grand illusion. There's nothing like the big screen and 3D to do that.

So there's a lot of techniques that I combined in a way that really hadn't been done before. I borrowed a lot of the technology from Avatar when it comes to motion capture, and building out the characters and the world. I also studied pretty closely how they did Gravity and how they put those live action characters into this computer-generated environment." "So much of the planning is so technical. But at the end of the day, after you plan how the magic trick is done and you figure out what elements you need to deliver to be able to convincingly fool the audience that they're looking at something real, then you have to wind it back and make sure you infuse it with character and emotion — and in some cases music — and make it feel effortless and invisible. Because the real reward here is that you show people a movie that's very tech-heavy, that's completely synthetic, but yet they feel like they're looking at real animals in a real jungle and feeling real emotion for real characters.

And that's always tricky. Some movies do it well. Although here, over ten years ago, Babe did a great job with relatively low-tech effects. So it shows that if you have a good filmmaker and a good story, that does half your work for you." ON GETTING HIS DREAM CAST (AND GETTING HOLD OF BILL MURRAY)

"This is a dream cast for me — I didn't think I would get them all. I didn't think I would even get access to Bill Murray, who is notoriously difficult to get a hold of. He doesn't have an agent so you can't get to him through the normal channels. So through writing letters and leaving messages and sending artwork I finally got a call back from him, and that was a one of the great victories in this process. I would've had to change the character [of Baloo] if it was someone else." ON HOW WORKING WITH CHEFS PREPARED HIM FOR THE JUNGLE BOOK

"I think the best preparation was actually the training I did with the chefs [on Chef]. Because I had to learn how to cook and I worked with the chefs on the film, and they're very good at overseeing other chefs. A big part of their culture is you have a head chef but then there's other chefs who are also very talented and well-trained and want to present a vision. And part of being an executive chef is bringing together all of those talented people and having them work towards the same goal — and overseeing all the artists and overseeing the vision of all these technical people was a big part of The Jungle Book.

Two thousand people worked on this movie. And sometimes one person is working on a shot and another person is working on another shot that are going to be right next to each other, but they don't really reference each other's work until it all lays into the film. I had to stand over the whole process and make sure it was all consistent and fits together in an invisible way. Chefs are very good at keeping consistency in their restaurants from dish to dish and from night to night, and watching how they oversaw and inspired and maintained quality control over the process was quite inspiring and informative for what I do as a director."

The Jungle Book is currently screening in Australian cinemas. Read our full review.