A Look Back at Ten Years of Laneway Festival

It's ten years since Danny Rogers and Jerome Borazio decided to fill a Melbourne alleyway with tunes in 2005. Since then, a relatively unknown Gotye played in a basement, Chk Chk Chk ran across the Sydney College of the Arts rooftop, Lorde happened and Laneway became the very first Australian festival to migrate overseas. This year, the once quiet achiever of the Australian festival scene, Laneway Festival blows out the candles with one of its biggest (but not necessarily commercial) lineups yet.

Kicking off in Singapore on Saturday, January 24 in The Meadow, Gardens by the Bay, Laneway will run through seven dates, including Sydney's Sydney College of the Arts on February 1 and Melbourne's Footscray Community Arts Centre and River's Edge on February 7, finishing up at its new home in Fremantle's Esplanade Reserve and West End on Sunday, February 8.

But where did Laneway all start (in case you're in the dark)? What did The Avalanches and a dare have to do with it? How did they manage to survive the festival circuit in the face of common Australian festival crash-and-burnery? Let's take a little saunter through the alleyways, warehouse lots and overseas ventures of Laneway — the Australian festival who settled into the country's infrastructure from the smallest of veins. Where it all hatched. St. Jerome's Laneway Festival was born in 2005, when Danny Rogers helped Jerome Borazio book music for his Melbourne laneway bar, St. Jerome's. The every-Sunday 'Summer Series' was born (where The Presets and Architecture in Helsinki played small sets) and the two decided to expand the idea into a Saturday night residency for their mates, The Avalanches. Said Avalanches challenged Rogers and Borazio to make a big ol' birthday shindig for St. Jerome's bar, which would have to close the whole lane. "We said ‘Why not throw a first birthday party for the bar?’ We got excited and then thought ‘Well why don’t we try and close this Laneway down?" recounts Borazio on the Laneway site. "After a few drinks with The Avalanches one night we asked, ‘If we closed this lane down would you guys play? They said ‘You won’t be able to close this lane. So if you do, we’ll play.’

About 1400 showed up and watched Architecture In Helsinki, Art of Fighting, Clare Bowditch and the Feeding Set, The Dears, Eskimo Joe, Gersey and Ground Components and those jokey dare-makers The Avalanches play the very first Laneway. Sydney's turn. Keeping the fire stoked in Melbourne, the Laneway crew decided to expand the concept to Sydney after a chance meeting with super promoter Michael Chugg. "I bumped into Michael Chugg at a health retreat and said to him, 'We have this festival in Melbourne. Check it out, see what you think. He called the next day and got us up to Sydney," says Jerome Borazio on the Laneway website. Thanks to Chugg and his team, Sydney got the green light. Snuggled amongst Circular Quay's Macquarie Square, Reiby Place and The Basement, Laneway saw a rainy but successful run in Sydney that year. 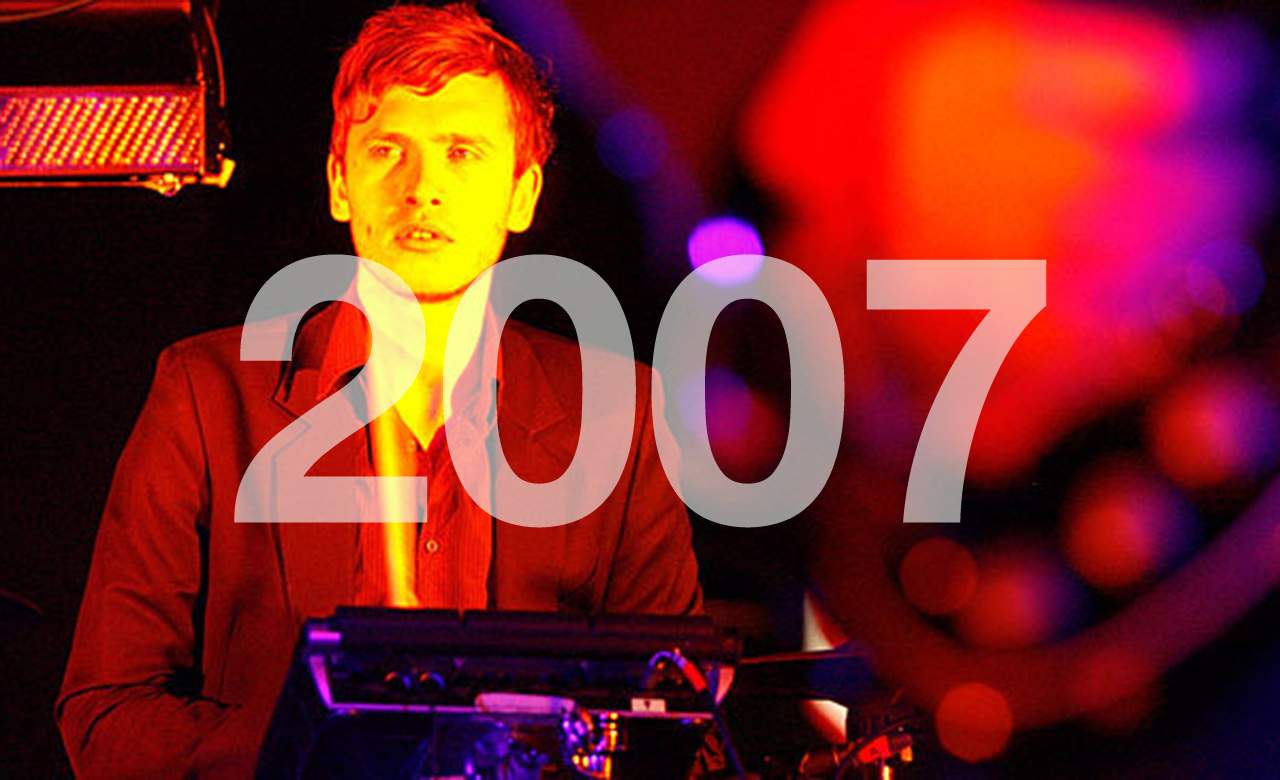 Brisbane joins the crew. With Melbourne and Sydney's Laneway chapters under control, Brisbane's first Laneway was held in '07 behind the city's beloved venue, The Zoo. The lineup saw the likes of The Walkmen, Yo La Tengo, Camera Obscura, Peter Bjorn and John, Snowman, Archie Bronson Outfit, Bumblebeez, Casino Twilight Dogs, Dan Kelly, Dappled Cities Fly, Expatriate, Fionn Regan, Gerling, Gersey, Ground Components, Holly Throsby, Love Is All, Macromantics, Midnight Juggernauts, My Disco, The BellRays, The Crayon Fields, The Shaky Hands, The Sleepy Jackson, The Temper Trap and Youth Group play in the teeny laneway out the back — as well as Sydney and Melbourne's laneway set-ups. The Laneway Empire was growing. Oh hey, Adelaide. Heading south-west, Laneway 2008 saw Feist, Gotye, Dan Deacon, The Presets, Stars, Clap Your Hands Say Yeah, The Panics, The Vasco Era and Okkervil River all smooshed themselves into Fowler's Live, all up in the North Terrace. They were joined by Violent Soho, The Cool Kids, The Holidays, Via Tania, Batrider, Bridezilla, Devastations, Little Red, Rudley Interrupted and The Brunettes. Meanwhile, the Melbourne festival expanded — out of Caledonian Lane to Drewery Lane and Londsdale Street. The times were a-changin'. The Laneway crew talk of 2009 as the year of visible expansion in Perth of course, but particularly in the other citie. According to the Laneway website, "a rapidly expanded site, shifting regulations, wild hype and high temperatures contributed to the Melbourne show very suddenly (and publicly) outgrowing itself. Overcrowding and long queues soured an otherwise strong musical showing. And while a realignment of stages in Adelaide was deemed a success by the growing crowds, Sydney’s Macquarie Park location also began showing signs of its limitations." Woah, things got a little turbo-charged in 2010. With one of its biggest lineups yet, Laneway expanded their venues in several cities. Melbourne moved from its hallowed home to the riverside Footscray Community Arts Centre, while Sydney farewelled Circular Quay for Rozelle’s historic Sydney College of the Arts. With Mumford and Sons, Florence and the Machine, and The xx all making their Australian debut at Laneway (not too shabby), the venues were upsized to accommodate Bachelorette, Black Lips, Chris Knox and The Nothing, Cut Off Your Hands, Daniel Johnston, Dappled Cities, Dirty Three, Echo & the Bunnymen, Eddy Current Suppression Ring, Hockey, Kid Sam, N.A.S.A., Midnight Juggernauts, Radioclit, Sarah Blasko, Street Chant, The 3Ds, The Middle East, The Naked and Famous, The Very Best, Warpaint, Whitley and Wild Beasts.

But Laneway also made its first venture overseas, launching its first instalment in Auckland. According to Laneway, the crew teamed up with Chugg and New Zealand locals Ben Howe, Manolo Echave and Mark Kneebone to create the first Kiwi chapter of Laneway in Auckland's warehouse-dotted Britomart Quarter. And I mean, look at that bloody lineup, no wonder they had to find a bigger boat. Detroit ahoy. Heading over to the US for their very first Detroit Laneway at Oakland University, the team capitalised on previously successful showcases as the likes of SXSW to bring in an American audience — making them the first Australian festival to migrate to the US. The likes of ADULT., AlunaGeorge, Beacon, Chet Faker, CHVRCHES, Deerhunter, The Dismemberment Plan, Flume, Frightened Rabbit, HAERTS, Heathered Pearls, Icona Pop, Matthew Dear, My Brightest Diamond, The National, Phosphorescent, Run the Jewels (El-P & Killer Mike), Savages, Shigeto, Sigur Ros, Solange, Warpaint, Washed Out and Youth Lagoon cranked out sets in Detroit — a huge undertaking for the Laneway crew. Happy tenner, Laneway. Cheers to showing punters where the Good Music at, avoiding slapdash, off-brand superheadliners, keeping a finger on many overseas pulses and making onsite attention to detail a colossal priority. We're raising a plastic cup to another ten.

Published on January 30, 2015 by Shannon Connellan