The huge dose of nostalgia that Milan Ring's latest release 'Are Your Friends Alright?' generates is only partially intentional. The Sydney-based artist and producer explains that she drew inspiration from parties she had been to throughout her teens and twenties where gatecrashers or uninvited people brought negative energy. "I was playing with the idea of not allowing that to make your night with your friends a bad vibe."

It's an idea that most people could relate to. But, with the very notion of socialising and partying with mates seeming quaint and far away right now, the song strikes an even deeper chord. It's about focusing on the good things and channelling positive energy. Produced in collaboration with Sydney-based artist Blessed, 'Are Your Friends Alright?' is a charged track, packed with sensual vocals, soulful harmonies and a funky bassline.

It's a prime example of why Ring was chosen as one of the visionary artists to collaborate with Miller Design Lab, the home of creativity and self-expression built by Australia's leading minds in design, art, technology and fashion. The platform is a celebration of our nightlife and its impact on culture to deliver exceptional moments to you and your home. To that end, we spoke with the Sydney-based talent to talk about life as an artist — from having a flexible process to seeking inspiration from her city and collaborating with some of the best in the biz. 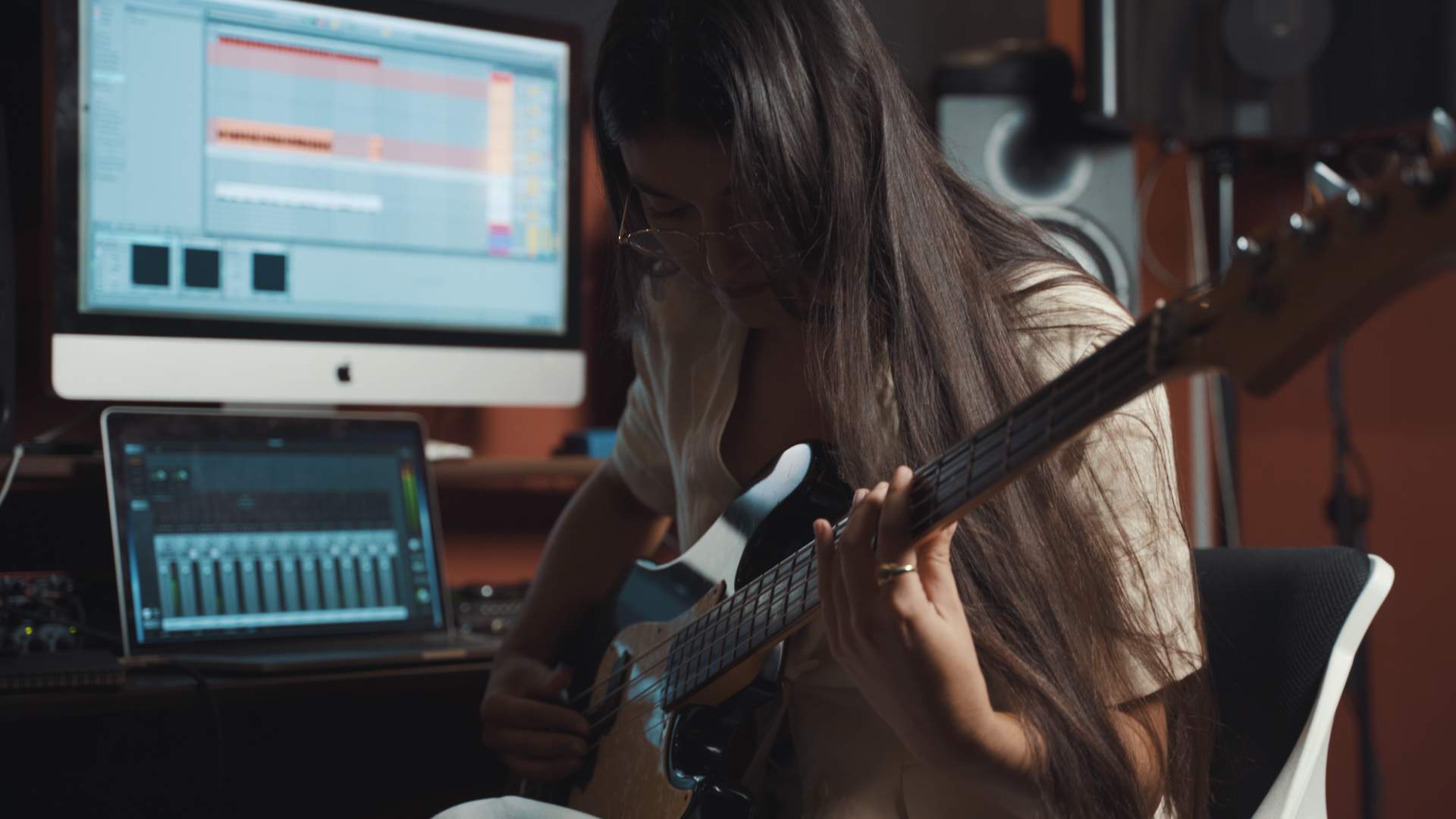 Artist is a broad term, but it's an important distinction when referring to someone like Milan Ring — she can't be pigeon-holed into one category. Throughout her teens, she spent time jamming on guitar and experimenting on an analogue drum machine, before getting a diploma in sound engineering and technical production. She started performing professionally in her twenties, first as a guitarist in bands and then progressively as a backup vocalist. Now, not only does she write and compose all of her music, but she also produces and mixes it all — and masters some of it, too. And most of that magic happens in her studio, which she built in a Marrickville warehouse with her best friend two years ago.

This loaded skillset affords Ring a lot of flexibility in her creative process. "There are times when I just want to create, do something fresh and improvise. And then there are times I just want to fix things and do all the technical stuff. I listen to myself. Sometimes I go in with the intent to create a new song. I start and I'm like 'I'm not really feeling it', so then I'll pull up a song to finish the mix."

Though Ring admits that she mostly works alone, she also places enormous value in teaming up with other artists and producers, including Blessed and American band The Social Experiment (who in turn have worked with Chance the Rapper). "It's down to finding the right collaborators, but you don't know until you try. Every collaboration, even if it doesn't end up with a song that's released — there's something to take away from that and something to learn." And, for Ring, there's a direct relationship between collaborating and customisation. "The way I interpret customisation would be drawing inspiration from something and making it your own. Someone like BLESSED might send me some beats and then I'll use this, change this sound, delete that, move that over here and then record it. Therefore, I've customised, added to and changed his initial concept into something else".

The idea of customisation is also evident in the stitching together of Ring's various sources of inspiration. Her music is known for sampling from various genres — she specifically mentions Latin, Afro-Cuban and American-style jazz and soul music, which she spent a lot of time listening to growing up. But when it comes to lyrical content, Ring looks to her community in Sydney's inner west. "I'm definitely inspired by the area I grew up in and different people I know or have met and their stories. Things I've observed or had people tell me their story, I've written about it and taken the essence of the story and then gone off on a tangent."

Ring specifically mentions a number of places around her studio in Marrickville that she frequents for inspiration, including cafes like Matinee, West Juliett and Two Chaps, the cluster of craft breweries and a handful of pubs like The Henson, The Vic on the Park and The Marrickville Hotel. And even just going and sitting Enmore Park. "It is nice being surrounded by people even if you're not talking to them. That's one of the things that I've been missing in this time [during lockdown] is just being surrounded by the hustle and bustle of everyone's lives." 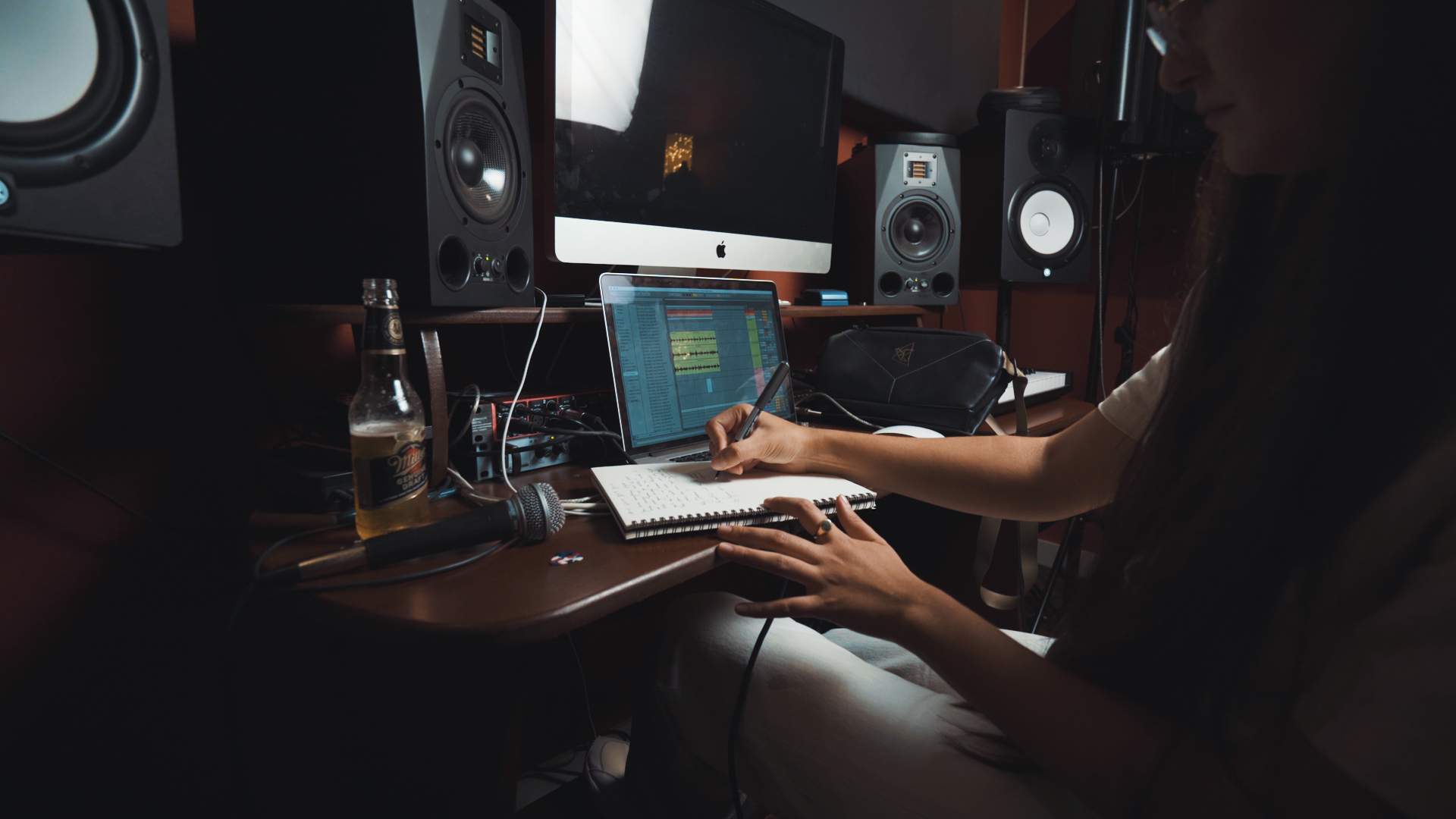 Speaking to this hiatus period due to COVID-19, which resulted in Ring cancelling her national tour Switch Off, Milan explains, "I haven't been as inspired to go into the studio and hustle. With everything that's going on, I'm not particularly pushing myself — it's a bit of a respite."

Instead, she is spending quality time with her dog, cooking and collaborating with a friend on a kids' play-along book. And she's been working her way through a Stevie Wonder songbook on the guitar. "I'm trying to get back into my jazz theory, which I put on the back foot as I've been working on being the best producer and mixer I can be. It's been quite therapeutic for me."

But there's no doubt that once lockdown is over, she'll be back out there making the most of Sydney's nightlife. "Being out with friends, going to restaurants, then going to bars and then going to a show — it about being part of culture and the community and feeling connected to all these people. Even though you don't know who they are, you're all there for the same reason."