When the theatre powers that be wondered if Moulin Rouge! could leap to the stage from the screen, the answer was simple: yes it can can can. And when the hit Broadway version notched up 14 Tony nominations, another question arose. Could Moulin Rouge! The Musical become the first Australian-produced show to win the coveted Best Musical Tony Award? Again, yes it can can can.

After being delayed due to the pandemic, the 74th Annual Tony Awards were held on Monday, September 27 Australian time, recognising the best that theatre had to offer in the 2019–20 season. And, Moulin Rouge! The Musical did indeed emerge victorious. Including Best Musical, it took out ten gongs in total. 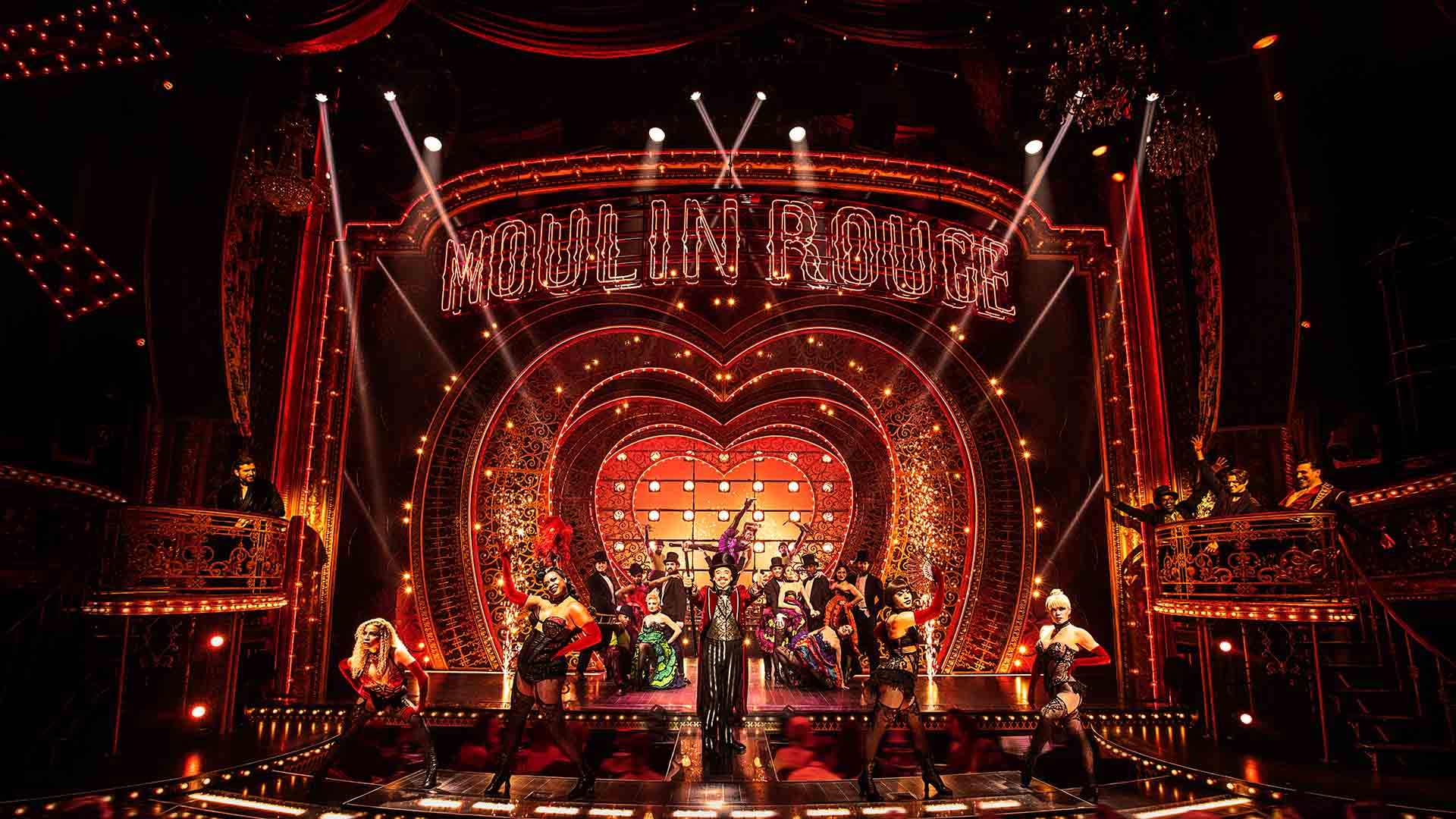 The Tonys sweep comes as Australians will finally get to see the stage production later this year, after its long-awaited local premiere season in Melbourne was delayed due to lockdown. It was set to open in mid-August, but is now selling tickets for shows from early November in line with Victoria's roadmap out of stay-at-home conditions.

When it was announced back in 2016 that Moulin Rouge! was being turned into a stage musical, fans around the world thought the same thing in unison: the show must go on. Since then, the lavish production hit Broadway in 2019, and now has a date with Melbourne's revamped Regent Theatre.

Based on Baz Luhrmann's award-winning, Nicole Kidman and Ewan McGregor-starring movie — which celebrates its 20th anniversary this year — the stage musical brings to life the famed Belle Époque tale of young composer Christian and his heady romance with Satine, actress and star of the legendary Moulin Rouge cabaret. Set in the Montmartre Quarter of Paris, the film is known for its soundtrack, celebrating iconic tunes from across the past five decades. The stage version carries on the legacy, backing those favourites with even more hit songs that have been released in the two decades since the movie premiered.

Moulin Rouge! The Musical wasn't the only production soon headed to Australia to nab a Tony, with Jagged Little Pill the Musical also collecting two ahead of its Sydney premiere in December.

Elsewhere at the high-profile awards, A Christmas Carol nabbed five gongs in the play categories, while The Inheritance picked up four.

Moulin Rouge! The Musical is due to make its Australian debut at The Regent Theatre, at 191 Collins Street, Melbourne from November — depending upon Victoria's COVID-19 restrictions at the time. To buy tickets, and for further details, head to the production's website.