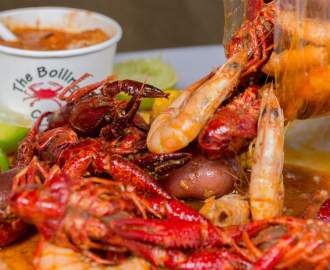 The new 2000-square-metre space will sit atop Burwood Brickworks sustainable shopping centre when it opens later this year.

In February 2018, we announced that Melbourne was getting a huge new rooftop urban farm in what could prove to be the world's most sustainable shopping centre. Since then, plans for the groundbreaking new development — dubbed Burwood Brickworks — have been approved by council and construction has begun. And now, we've got our first real look at what the 2000-square-metre farm will actually look like.

It's just been announced that the rooftop — which will have both a farm and a restaurant — will be designed and managed by consulting firm Tully Heard, which runs Acre, an eatery in inner Sydney that operates alongside (but independently from) an urban farm. This brand new space will be an extension of the Acre concept, and, like its Sydney counterpart, will be a farm-to-table eatery that is both a cafe and a full service restaurant. That means you'll be able to eat the food that's growing around you in greenhouses, planter boxes and landscaped growing areas.

While the Sydney farm is owned and operated by non-profit group Pocket City Farms, the Burwood Brickworks farm will instead be headed up by Tully Heard. But the concept is set to be very similar. Director Luke Heard will come down south with urban farmer and environmental educator Adrian Baiada — who were both involved in establishing the Sydney farm — to set up the Melbourne farm before they recruit a farming manager later this year.

The plan is for the farm to regularly host workshops, talks and opportunities for city-dwellers to get their hands dirty by helping out on the farm. The community can expect to get involved in beekeeping, composting, harvesting and pickling when it's all up and running smoothly in the new year. The rooftop space and shopping centre will be part of the 12,700-square-metre Burwood Brickworks development by Frasers Property Australia, located just 15 kilometres south of the Melbourne CBD in a former brickworks site. The development will be made up of 2.5 hectares of open space and parklands, community facilities and 700 homes.

Tully Heard will develop the Acre rooftop in conjunction with eco-warrior Joost Bakker (Greenhouse by Joost, Brothl) to make its as sustainable as possible. Inside the shopping centre, the sustainability continues with a solar-powered Woolworths, soft plastic recycling facilities and natural refrigerants, which aim to reduce the centre's carbon footprint.

The design of the wider mixed-use development will also focus on sustainability, using a large solar PV system and an embedded electricity network to target a minimum five-star green rating, with the aim of becoming Australia's first six-star Green Star Design — and to achieve Living Building Challenge accreditation.

This accreditation is seriously hard to obtain and means the building must have a net zero carbon footprint, produce more electricity than it consumes, grow agriculture on 20 percent of the site, and prove net water and waste positive. It must also be constructed using non-toxic and recycled materials, and have other social benefits like access to natural daylight and indoor air quality.

Acre Farm and Eatery will open at Burwood Brickworks in late 2019. We'll keep you updated on an anticipated opening date.

CORRECTION: APRIL 2, 2019 — The original article stated that Tully Heard operated both Acre and Pocket City Farms in Sydney when, in fact, it just operates the restaurant, Acre. The article has been updated to reflect this and provide more context around the separate businesses.