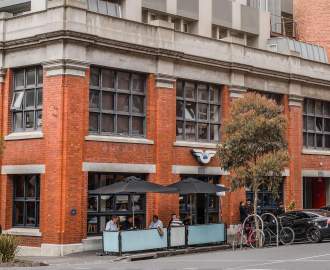 Scale the rooftops of Melbourne Central, head underground in a former explosives store or take a look around one of Melbourne's finest modernist homes.

Scale the rooftops of Melbourne Central, head underground in a former explosives store or take a look around one of Melbourne's finest modernist homes.

Returning in 2018 with its biggest program ever, Open House Melbourne is your ticket to the city's architectural past and present. The Open House Melbourne Weekend is the headline event, which this year features 224 buildings that'll swing open their doors and grant the public access to variety of rarely seen private homes, institutions and city landmarks across July 28 and 29.

Scale the rooftops of Melbourne Central, head underground in a former explosives store or take a look around one of Melbourne's finest modernist homes. We've picked out some of our favourites below, but with 87 properties appearing on the program for the first time, there's much to see for Melbourne's architecture and history lovers. Designed by Glenn Murcutt, one of the world's most respected architects and Australia's only Pritzker Architecture Prize winner, in collaboration with Elevli+ Architects, the centre was included in Wallpaper magazine's highly prestigious list of Top Buildings That Shaped Culture in 2017. Funded by the Newport community, the building provides an elegant space for worship, education and recreation. One of Melbourne's most recognisable landmarks, Melbourne Central is filled with hidden rooftops and lookouts. Led by local historian and writer Dale Campisi, the tours of the building will give attendees the inside scoop on Melbourne's architectural history and the chance to hear how the Coop's Shot Tower and its soaring glass cone came to be.

Designed by Walter Coop as an ammunitions facility in 1889, the building remains just one of three 19th-century shot towers left in Australia. In the 1980s, Japanese architect Kisho Kurokawa was brought on board for the addition of the 20-storey glass cone, which provides Melbourne Central with its bright and contemporary space. 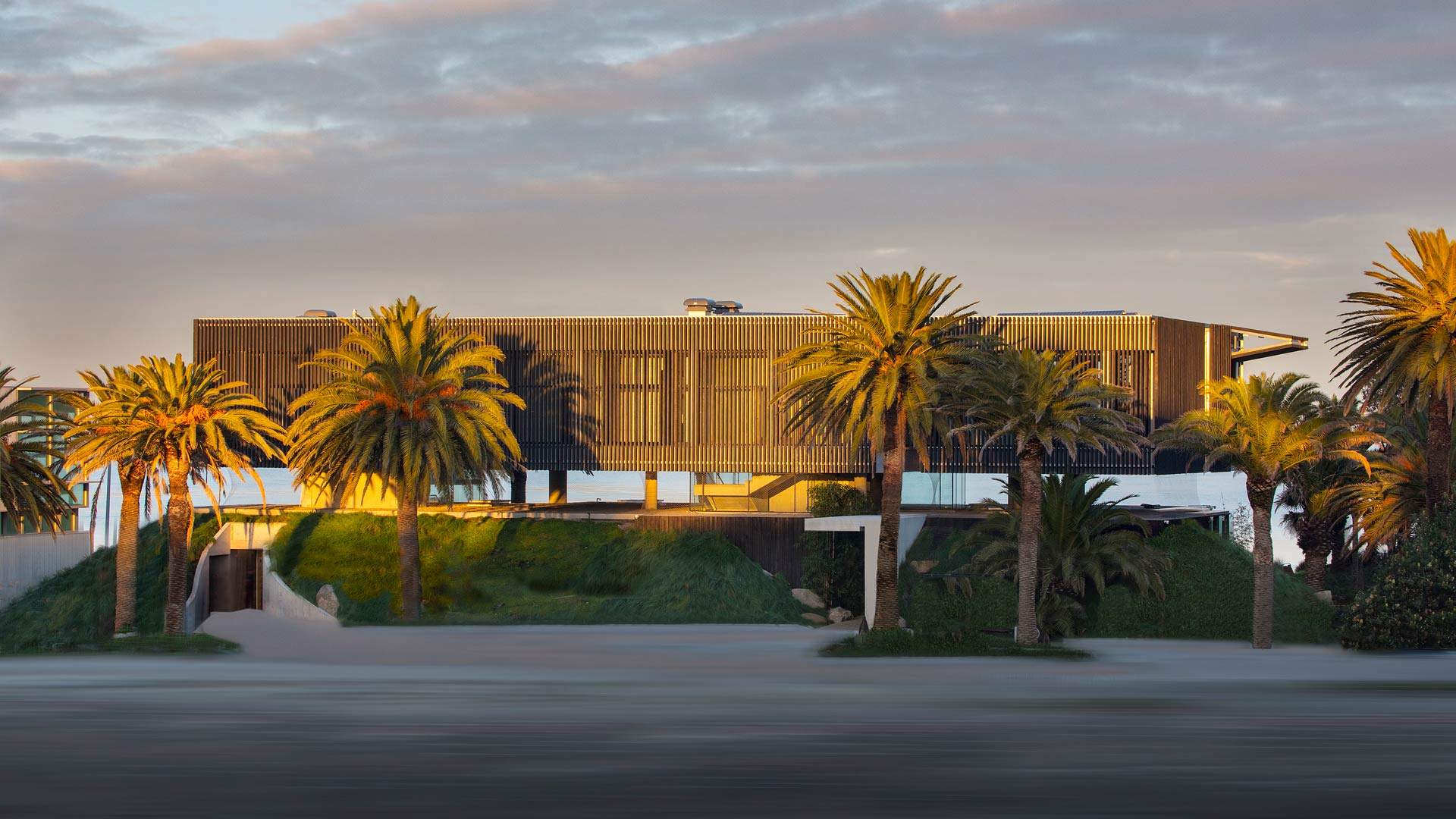 Those familiar with the St Kilda foreshore might remember the fire that devastated the popular Stokehouse restaurant in January 2014. Reopening in late 2017 as a beachfront collection of eateries, the spot has the added claim to fame of being the first Five Star Green Star rated building of its kind.

Now housing the lively Pontoon bar, acclaimed restaurant Stokehouse and the much-loved fish-and-chip kiosk Paper Fish, the building was awarded the Green Star rating for its sustainable design and construction, as well as the ongoing sustainable operation of the building. The tour — led by eco-warrior Joost Bakker — will discuss much of the innovative green-friendly tech within the complex, including solar energy, 'E-water', onsite composting and much more. One of the more unique places on Open House Melbourne's 2018 lineup, Jack's Magazine is a former explosive store first opened in 1878. Set along the banks of the Maribyrnong River, the building is largely concealed — constructed within a hillside and positioned behind a large bluestone perimeter wall.

Decommissioned in the 1990s, Jack's Magazine is currently closed to the public. But during Open House Melbourne's special weekend you'll be able to take a rare tour of the hidden tunnels and tramways as visitors are led around the site's main buildings, including the vast gunpowder store. Something of a kooky leftover from Melbourne's past, Jack's Magazine is a significant heritage building that's in the process of a revitalisation project. Located in Beaumaris, The Mad House is a 1961 modernist-style family home that's an embodiment of the area's housing aesthetics from the 1950s through to the early 1970s.

Privately owned, the current residents recognised the building's design legacy when they bought the home in 2011, choosing to save the house from the bulldozer and slowly restore it using as many of the house's original features as possible. Sourcing vintage lighting, wallpaper, shelving and furniture to match the home's style, Melbourne architect Adrian Bonomi was commissioned to update the kitchen and bathroom.

Retaining its modernist design in stunning fashion, The MAD House demonstrates a careful balance in its modern appeal, while also remaining true to its historic character. Standing at a dazzling 319 metres, Australia 108 (once completed) will be the 'tallest building to roof' in the Southern Hemisphere. Designed by Fender Katsalidis Architects, Australia 108 will change the skyline of Melbourne with its ultramodern, sculptural form becoming home to 1100 apartments across 100+ floors.

Inspired by the Commonwealth Star on the Australian flag, the design features a 'golden starburst expression' that'll complement the colours of the nearby Eureka Tower. For this tour, property developer Sinclair Brook and Fender Katsalidis will guide you through of the first completed stage of Melbourne's newest landmark tower. 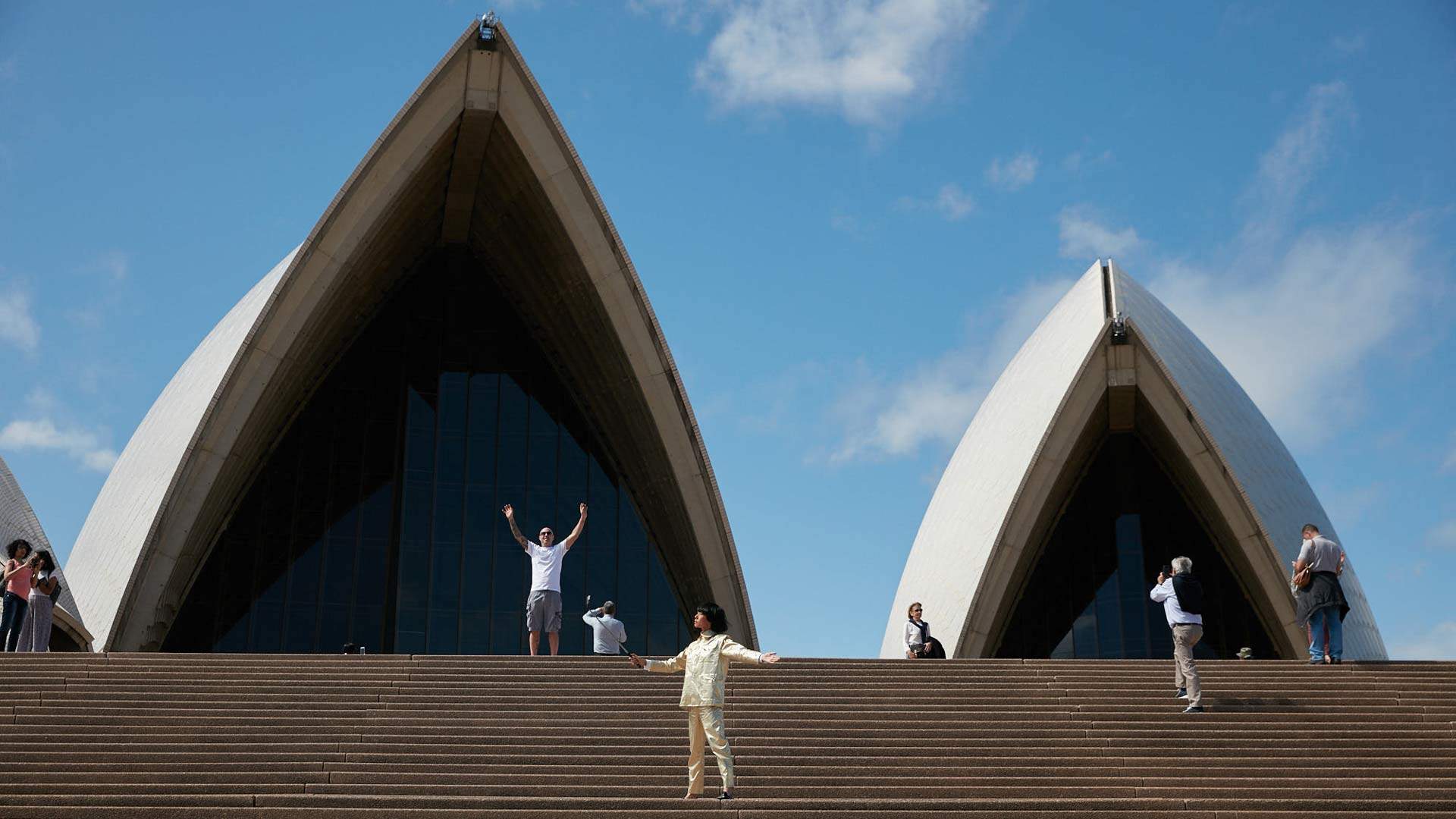 Providing an introspective look into the 'Australian Dream', The Australia Ugliness is a three-channel video installation by Melbourne artist Eugenia Lim. Considering the great modernist architect Robin Boyd and his book of the same name, Lim, fitted out in a gold suit, plays the character of The Ambassador who shape-shifts between student, tourist, client, property investor and resident across more than 30 Australian architectural sites.

As the keynote of Open House Melbourne 2018's program, The Australia Ugliness will be installed in the Melbourne School of Design, alongside a free month-long program of related talks, walks and special events on diversity, liveability and sustainability.

Open House Weekend Melbourne runs from July 28–29, head to the website for full event details and to purchase tickets.