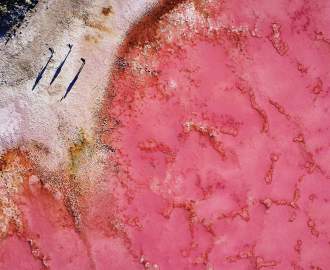 It's true of beloved family pets who've returned from the grave, and it's true of horror novels turned into movies yet again: sometimes dead is better. Stephen King might've penned that sentiment himself, but Hollywood was never going to take the popular author's advice. As the second film adaptation of Pet Sematary shows, perhaps they should've listened.

With King's work frequently flickering across screens big and small, exhuming this creepfest must've seemed like an easy win. This is the ninth movie or TV series based on his writing in the past three years alone, with four more due in 2019 as well. There's plenty to claw into in Pet Sematary, including the many shadows that death and grief cast over the living. There's ample room for unsettling tension, spanning both bumps and jumps and existential unease. But Pet Sematary largely feels like the most standard possible take on its supernatural narrative. Given how standard its predecessor felt 30 years ago (and the original film's 1992 sequel, too), the new version basically re-digs the same grave and fills it with slightly updated corpses.

Initially, those bodies belong to dearly departed pets in the town of Ludlow. When doctor Louis Creed (Jason Clarke) moves to the quiet Maine spot with his wife Rachel (Amy Seimetz), eight-year-old daughter Ellie (Jeté Laurence) and toddler Gage (Hugo Lavoie and Lucas Lavoie), they quickly discover that their sprawling new house is adjacent to the local animal graveyard. The burial ground's misspelled sign marks it as a place for kids to farewell their furry and feathered friends, but neighbour Jud Crandall (John Lithgow) knows that something else is afoot. After the Creed family cat meets an unfortunate end, Jud initiates Louis into the cemetery's secrets.

On the page and in its previous big-screen version, this story always required a leap in logic — not regarding its overall concept, but some of the minutiae. Only realising that your new home borders a graveyard once you've moved in? Letting your kids play by a highway favoured by speeding trucks, especially after your beloved feline is mowed down? If you can buy that, then you can definitely buy the idea of zombified pets scratching away at their owners' nerves. An engaging tale told well could easily breeze past the aforementioned contrivances, and so could a scary tale told with disquieting precision. Alas, as directed by Kevin Kölsch and Dennis Widmyer (Starry Eyes) and scripted by Jeff Buhler (The Midnight Meat Train), that's rarely the case here.

Content to plough along the surface of its familiar narrative, Pet Sematary remains as straightforward as its many horror cliches: the spooky woods, the sacred Native American site, the several layers of sad backstories and the reality that raising the dead never, ever turns out well. King might've invented or at least solidified many of these tropes, however here every single one feels routine. So does the film's by-the-numbers execution. It's the latter that grates more than the former — not the obvious, sometimes egregious plot elements, but the squandered potential. If there's anything worse than a flat-out bad movie, it's an average flick that unearths glimmers of something more yet ultimately leaves them buried.

Kölsch and Widmyer know how to make individual moments land, even when the overall beats and simple jump-scares are easy to spot. While the film is shot with the usual dread-inducing look, the directing duo also know how to make individual images stand out. And when they give Clarke, Seimetz and Lithgow room to breathe — and push a young talent like Laurence into the spotlight, too — they know how to ensure that their themes and performances run deep. They just can't sustain any of the above. Certainly not for the movie's 101-minute running time, and not long enough to justify Pet Sematary's resurrection.