It goes without saying, Melbourne's characteristically buzzing cultural ecosystem has thrived this year, with the city's most innovative, forward-thinking residents taking bold risks in their field. Our bars are more groundbreaking and imaginative, our events more unique and immersive, and our restaurants more inventive and experimental. With new openings left, right and centre, Melbourne is more vibrant, playful and fun than it ever has been.

At Concrete Playground we encourage exploration and showcase innovation in our city every day, so we thought it fitting to reward those most talented whippersnappers pushing Melbourne to be a better, braver city. And so, we are very pleased to announce the winners of Concrete Playground's Best of 2016 Awards.

This year, we've awarded a People's Choice and Overall award in each of the following five categories:

These 30 outstanding Melbourne (or Melbourne-based) ventures have been handpicked by Concrete Playground for their combination of originality, innovation, creativity, approachability and sustainability. We straight-up love them. And the winners are... Up until recently, Nora was a tiny, immaculate cafe in Carlton — from the outside, it looks like an art gallery. The white walls and simple furnishings faded into the calm ambiance and an arrangement of fresh flowers and raw ingredients that sat on a large dining table in the centre of the space. Co-owner and head chef Sarin Rojanametin comes from a photography and advertising background — and it certainly shows.

Nora has a reputation among those in the know for being off-centre — as evidenced by the experimental Thai breakfast and lunch menu that earned them big ups in Melbourne's food scene. But it seems they reached the creative boundaries of what can be achieved with a daytime menu. So they've packed it in and reopened as a degustation restaurant. "It's Nora the nighttime girl now," Sarin says. "We started a thing called Small Dinner Club, which was a Friday night event that stemmed from the frustration of the inability to create more." The idea behind the dining club has now taken over, and the Nora team is unleashing their creativity over five courses every Thursday to Monday. It's a self-described road trip across Europe. A celebration of the unusual and unexpected in cuisine, technique and style. On paper, everything about executive chef Ashley Davis' Seddon restaurant Copper Pot shouldn't work. Instead, the chef — who's previously been awarded two Michelin stars while heading the kitchen at London's Hélène Darroze — proves again why he, his team and menu are worthy of award.

The Copper Pot team show a real dedication and belief in their cause. If the produce is not ready to come out of the ground, then they will not use it. You should expect the menu to be malleable as a result, and there's an emphasis on local and gathered ingredients. Copper Pot Seddon is also delightfully unpretentious. The feeling throughout is cosy, and their passionate staff only help to complete the experience. If you've ever wondered what would happen if two ex-Attica young guns teamed up with the guys behind Rockwell and Sons to open their own wine bar, well, you need not ponder any longer. That's exactly the situation at Johnston Street's new addition Bar Liberty, and we can tell you it's working a treat. The boys have taken over the lo-fi corner joint once home to La Condesa, tidying up the exterior only just enough to let you know it's Mexican no longer. The space within is contemporary, but unaffectedly so; they've kept the glitz to a minimum. Sommelier Banjo Harris Plane will wheel around his old-school globe bar trolley to tempt you with the evening's pouring wines. Seasoned beer fans will appreciate the brew selection, which is heavy on the sours. Meanwhile, the food menu is geared towards clever grazing, with shareable small and medium dishes the stars of the show. Few of us have been to Venice. But now Hawthorn has its own Venetian bar and eatery, Vaporetto. And it's basically the same thing. Chef Greg Feck and his business partners Kim Coronica, Stephanie Edgerton and David Wickwar love Venice and they've done an excellent job in recreating its vibrant and enchanting atmosphere on Glenferrie Road. Leave Melbourne behind as you step through an old tobacco store shopfront from Venice, and take in the dark timber, marble, aged brass and hand-blown Murano chandeliers. The team behind quintessential Melbourne cafes Top Paddock and The Kettle Black have finally cut the ribbon on their long-awaited new venue. Located at the Southern Cross end of Little Bourke Street, Higher Ground has been in the works for well over a year, and after a technical fault that further delayed the opening last week, they've finally opened their doors to the public. And boy is it a beauty. The huge, high-ceilinged 160-seat venue sits on the corner of Little Bourke and Spencer Streets in a former warehouse. The venue is serving up the same kickass cafe fare that its two siblings are known for, with the all-day menu including the likes of avo on toast, spiced cauliflower scrambled eggs and semolina porridge with cherry, umeshu, shiso and plum. 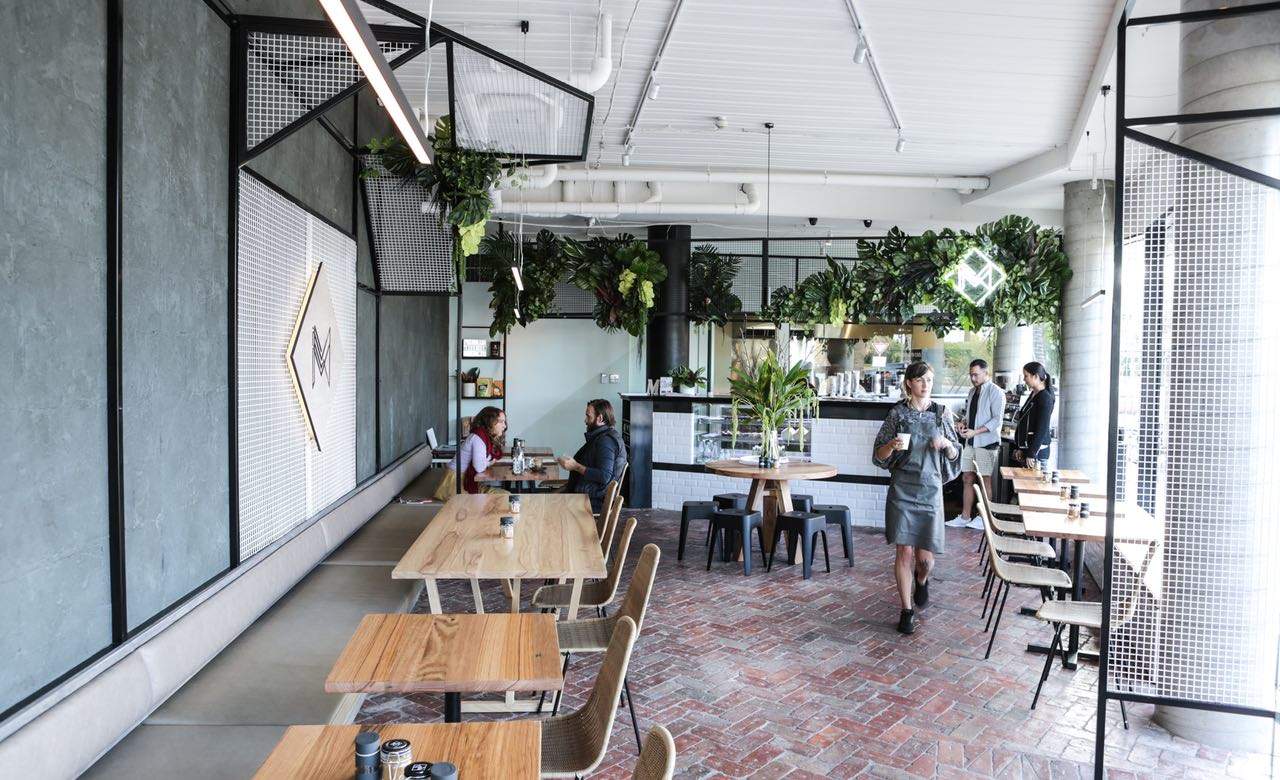 Melbourne has a new vegan eatery — and it's fuelled by matcha. The plant-based café comes from Sarah Holloway and Nic Davidson, the same people that brought you (and basically every cafe in Australia) Matcha Maiden. Dubbed Matcha Mylkbar, the cafe will serve an entirely vegan menu to St Kilda locals needing something new to Instagram. Despite what you might assume, Holloway and her business partners aren't actually vegan themselves. Knowing about the benefits of plant-based eating, they wanted to fuse it with their love of matcha and make it available and affordable to everyone — not just vegans. 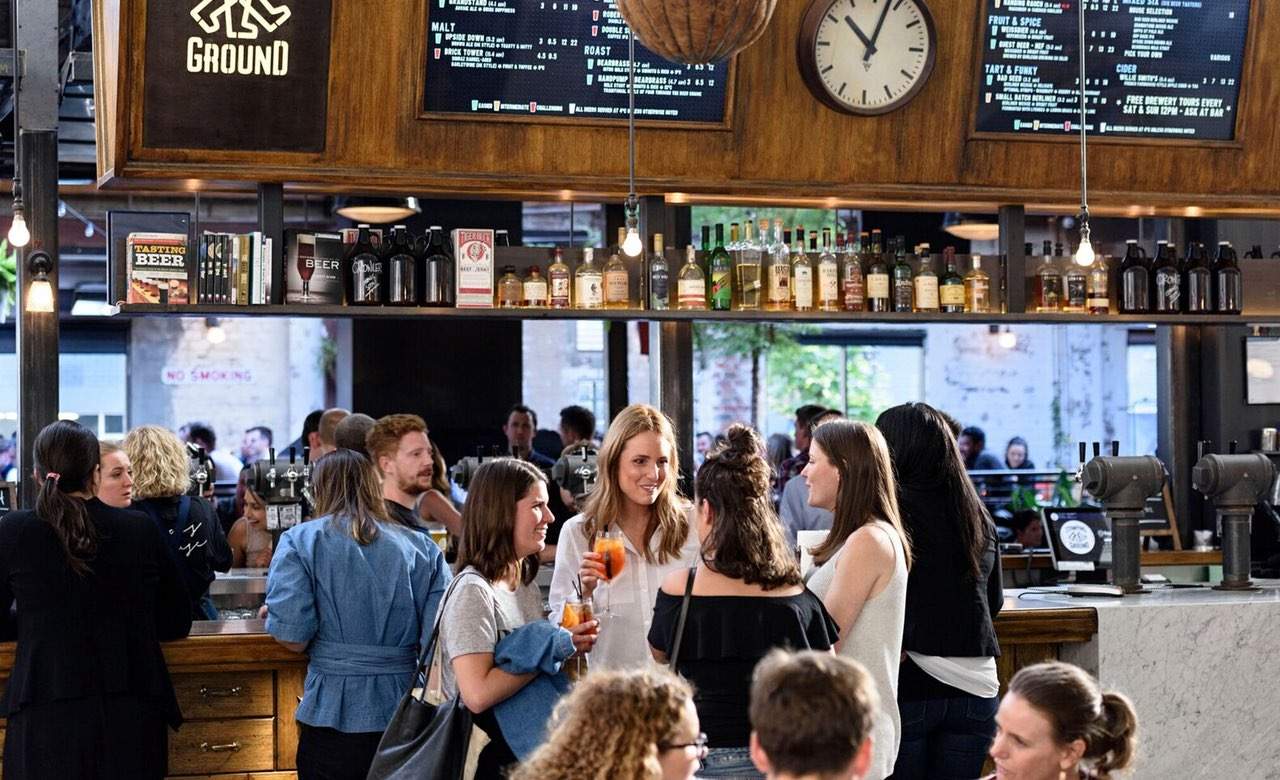 Melbourne's craft beer scene is a global contender, well deserving of a craft brewery dedicated to its culture. Stomping Ground Brewing Co.'s new brewery and beer hall is just that, and the next great venture by craft beer heroes Guy Greenstone and Steve Jeffares.

The duo are well known in the beer scene as two of the originators of craft in Australia — they're the minds behind The Local Taphouses in Melbourne and Sydney, as well as the GABS festival which is now considered one of the best beer festivals in the world. Garden State is located at 101 Flinders Lane, inside a 130-year-old building that began its life as a saw mill before playing host to Rosati, one of Melbourne's top dining destinations in the '80s and '90s. Now, under the new ownership of Sand Hill Road Hospitality – the same team behind the Prahran, Bridge and Terminus Hotels – the space has been transformed once again. The cats behind Falls Festival created a brand new two-day festival this year, The Lost Lands, a two-day camping festival that not only featured music, but centred around art, theatre, comedy and outdoor activities as well. It was held over the Saturday and Sunday of the October long weekend just outside of Melbourne at Werribee Mansion, the luxe AF mansion and grounds that has played host to So Frenchy So Chic and the late Harvest Festival (RIP).

But the real point of difference for The Lost Lands is that was designed to be hella family friendly. Festival organiser and Falls founder Simon Daly has a family of five, and he recognised the need for a more European style of festival in Australia that not only lets kids attend, but actually involves them in the festival's activities, 'shared experiences' that can be enjoyed by everyone — be that parents, kids, friends, and anyone who rocks up. Think bushwalks, bike rides and even day trips to the Werribee Open Range Zoo. They also offered a range of workshops to expand the mind (such as cooking and songwriting) or lengthen the legs (like circus play and yoga). 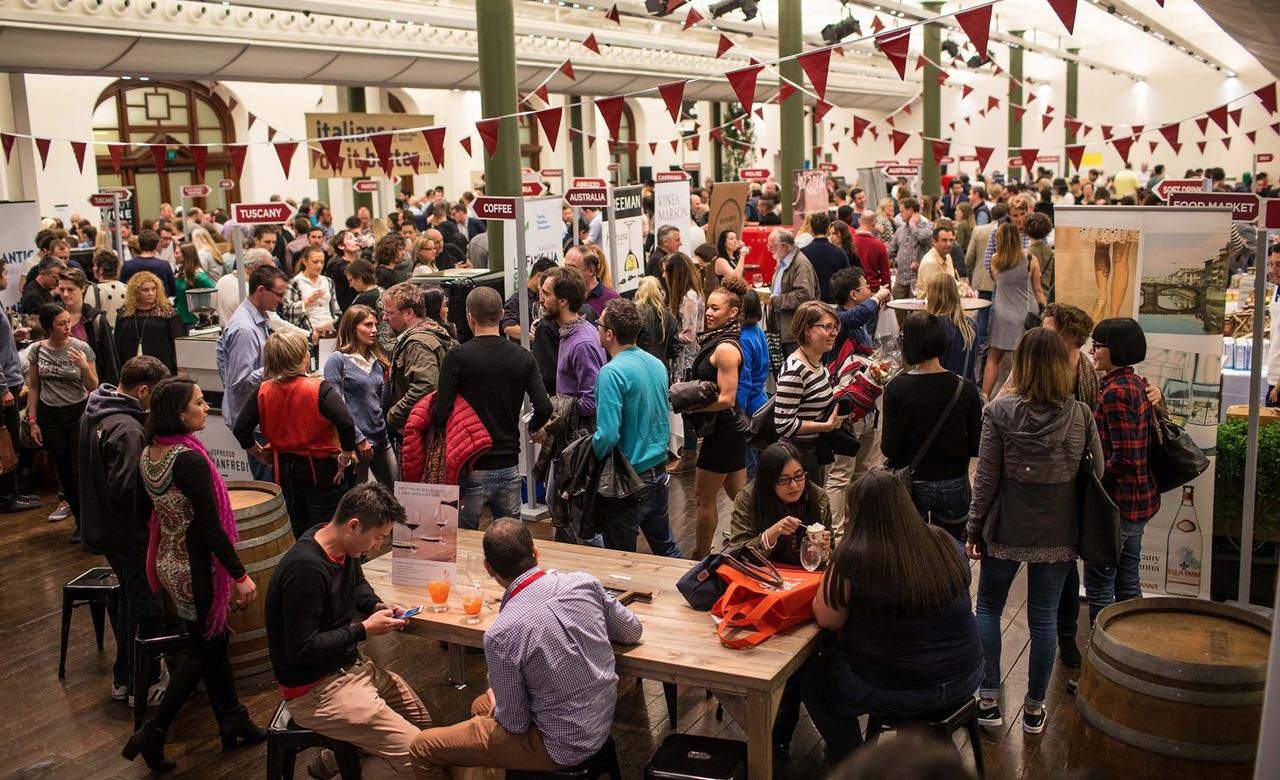 If you're ever uncertain about the massive contribution Italians have made to Australian society, just stop for a minute and think about your favourite foods. Pizza. Pasta. Salumi. Gelato. And don't even get us started on the booze. We found all that and more at the Italian Wine + Food Festival.

Taking over the Royal Exhibition Building on Sunday, May 29, this day-long gastronomic bonanza welcomed the proprietors and chefs from some of most beloved Italian eateries in town. We're talking Bar Idda, 400 Gradi and Rosa's Kitchen, to name but a few. There were cooking demonstrations, pasta-making classes and workshops with Victoria's top sommeliers.