After months of delays due to COVID-19, it's finally opening next month with over 400 bottles of champagne and three balconies

Champagne, cognac and caviar. This is what Melburnians can expect from a new cocktail bar that's headed for the CBD next month named Nick & Nora's.

Originally slated for March 27, the cocktail bar's opening was stalled by COVID–19 lockdowns (a familiar story). But now it's ready to unveil its incredibly opulent digs on Thursday, July 2. How do we know it will be opulent? Well, the bar is brainchild of the Speakeasy Group — the owners of cocktail classic Eau de Vie, Viking luxe bar Mjolner and whisky-serving Boilermaker House — for one. Secondly, like Mjolner, Nick & Nora's will be a Sydney import — the group opened its first Nick & Nora's in Sydney in October 2018

Like its Sydney counterpart, the venue is inspired by Dashiell Hammett's novel The Thin Man and its fictional crime-solving team Nick and Nora Charles. If you're not familiar with the book, expect a roaring 30s vibe befitting a most glamorous party — the sprawling venue will have five distinct spaces (a main bar, salon, champagne parlour and a VIP lounge), three balconies, green marble, gold and dark wood finishes and a whopping 400 bottles of champagne on display.

The latter will be housed in a five-metre-long climate-controlled display case and feature rare vintages alongside bubbles by the glass. For cocktails, the manual is organised by taste — a Speakeasy Group signature — but with venue-themed list names like The Femme Fatal, The Hollywood Starlet and The Snitch. Think martinis, champagne cocktails and sours aplenty. 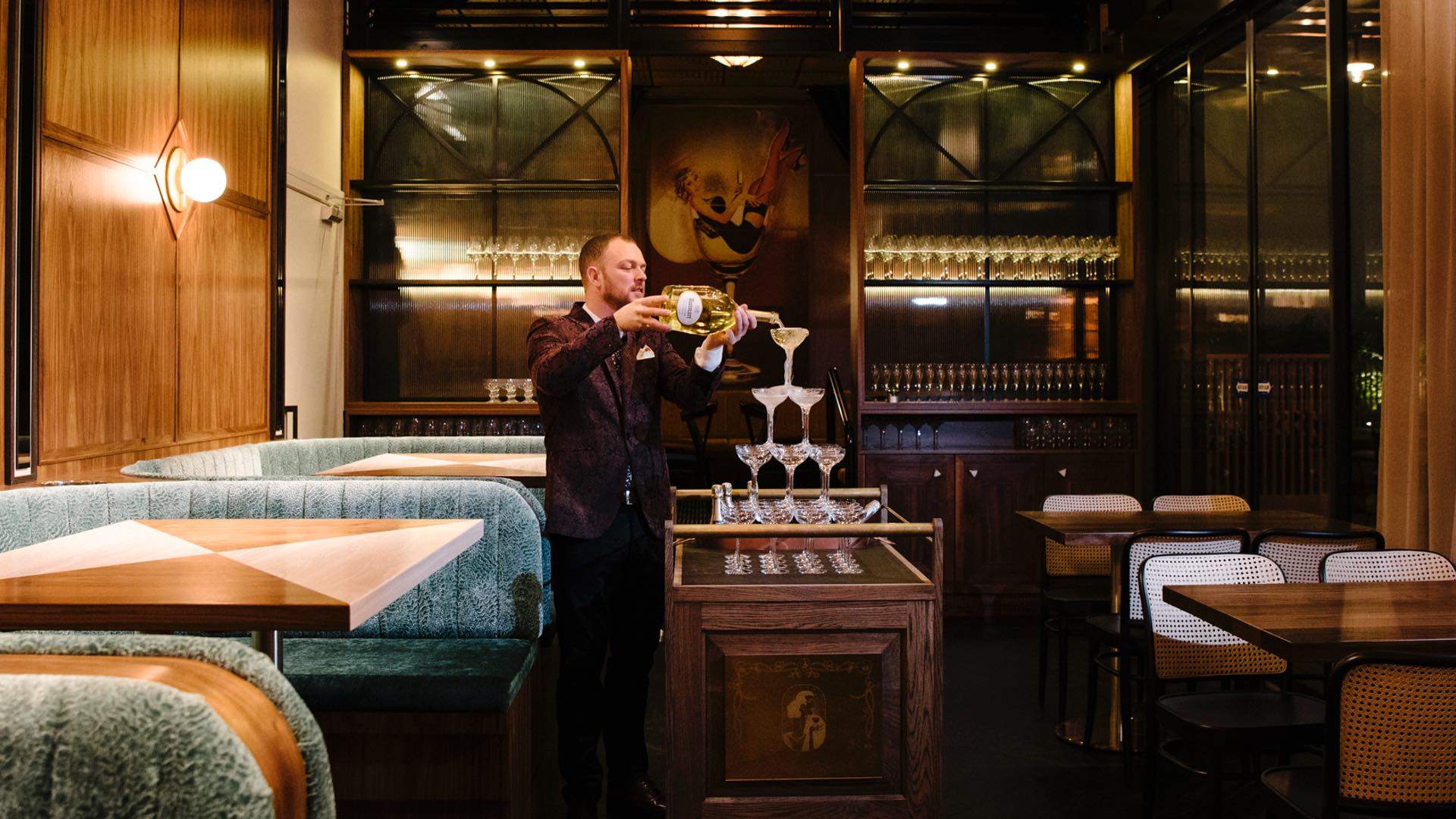 Nick & Nora's will be located in the high-end restaurant precinct within the 80 Collins Street building. It's shaping up to house some big hospitality names, with a highly anticipated new venue from Sepia's Vicki Wild and Martin Benn and a rooftop restaurant and urban farm from Pastuso's Alejandro Saravia already locked in.

The giant 80 Collins development is going up on the site of the heritage-listed Le Louvre building, on the corner of Collins and Exhibition Streets. The high-rise, along with a newly refurbished commercial tower on the same block, will boast a futuristic new office tower, a 255-room boutique hotel and a luxury retail offering alongside the hospitality precinct.

The Speakeasy Group — led by owners Sven Almenning and Greg Sanderson — is also doing things a little differently this time around. Instead of raising equity for future venues through private investors, the group started a Birchal crowdfunding campaign for public investors — and raised over $1.3 million.