Take a break from Messina and let Pepper, Eka and Tony serve you a scoop of salted caramel.

Ice cream season is just around the corner, but Melbourne's newest destination for cold, creamy scoops feels like it's a gift from some time far, far into the future. At Federation Square's new Niska store — which launched today, Tuesday, September 17 — you're served not by the usual humans, but by a team of friendly robot staff.

Touted as the country's first-ever robotics-run retail store, the shop takes your regular ice creamery to a whole new level. Founded by and named after Aussie robotics startup Niska, it's offering punters a pretty unique food experience — that is, the chance to grab some locally made ice cream, from three different robots named Pepper, Eka and Tony.

Enter the bright, white shop and you'll see them hard at work, each tasked with a different step of the serving process. One takes your order and payment via an interactive menu screen. Here, you can choose from suggested dessert combos, or create your own from a selection of ice cream flavours, toppings, sauces and extras. The frozen stuff is all made locally in Melbourne, with ice cream varieties including favourites like hazelnut, salted caramel, coconut and rocky road. 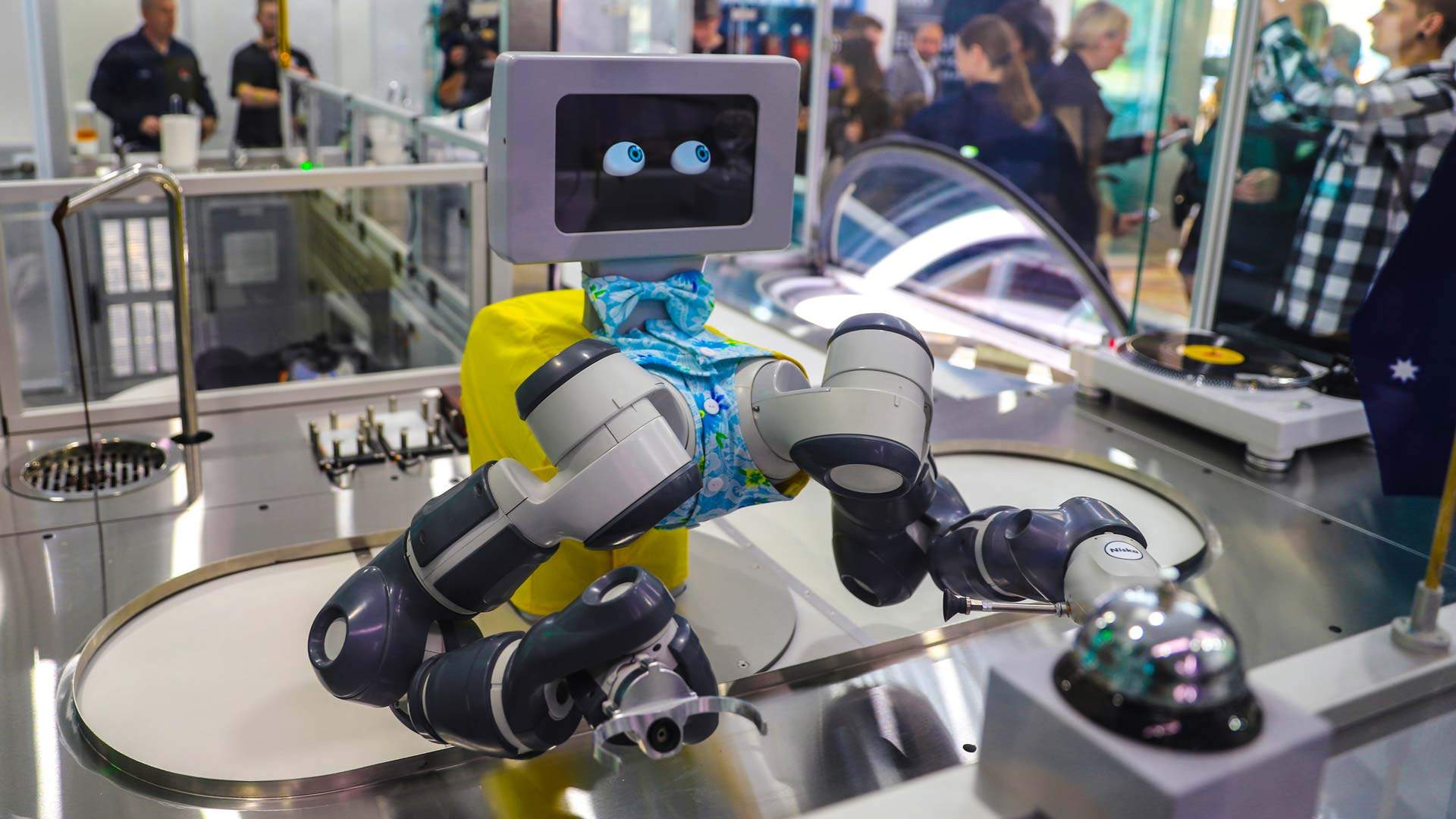 A second robot staff member has just one arm, but scoops like a boss, filling diners' cups from a rotating wheel of different flavours. The final futuristic helper adds any toppings to the cup and delivers the final product to a glass kiosk. There's a screen displaying which orders are on the way and a handy ding of a bell when one's ready to be picked up — when yours is up, just scan your receipt barcode and it'll let you grab it.

Still a little iffy? A real, live human staff member is always on hand — just in case or any ice cream emergencies — and any potential robot glitches are managed by an off-site computer tech support team.

Happily, Niska's futuristic leanings extend beyond the high tech staff to other important areas. In a nod to the planet's future, the store's ice cream cups are made from clear polycarbonate with a P5 grading, and are fully recyclable when placed in one of the in-store bins.

Find Niska at Tenancy 20, within the Crossbar Building in Federation Square, Melbourne. It's open daily 11am–8pm.

Published on September 17, 2019 by Libby Curran