These new-look Italian desserts are made with local liqueurs, served as slices of 'pie' and fluffy as clouds.

While a dish similar to what we now know as tiramisu may have existed as far back as the 17th century, it wasn't until the 70s that it became widespread in Italy and then the 80s that the little Italian 'pick-me-up' went viral (before viral was a thing) and started appearing on menus all over the world. Now, in 2019, this coffee-soaked sponge topped with creamy mascarpone has had a resurgence in Melbourne's Little Italy (not that it ever, truly, went away). To check out three of the hottest new ones hitting red-and-white menus across the suburb, head to Carlton's Tiramisu Golden Mile (1.4-kilometres to be exact) to see what all the fuss is about. Start at Leonardo's Pizza Palace, then wander around the corner and onto Rathdowne Street to Capitano, and finish up at Giro D'Italia further down the road. In keeping with the retro Italo-American vibe at this dimly lit, 70s-arched den of possibility, the tiramisu is a no-frills affair. "It is what it is," was the description provided by waitstaff, and there is a certain glory in that. What it actually is, is a big wedge of tiramisu 'pie', with a layer of coffee soaked savoiardi and a thick layer of mascarpone cream dusted with cocoa. It's texturally satisfying and not overly rich or sweet — and is the perfect finale to an evening of pizza and pasta. 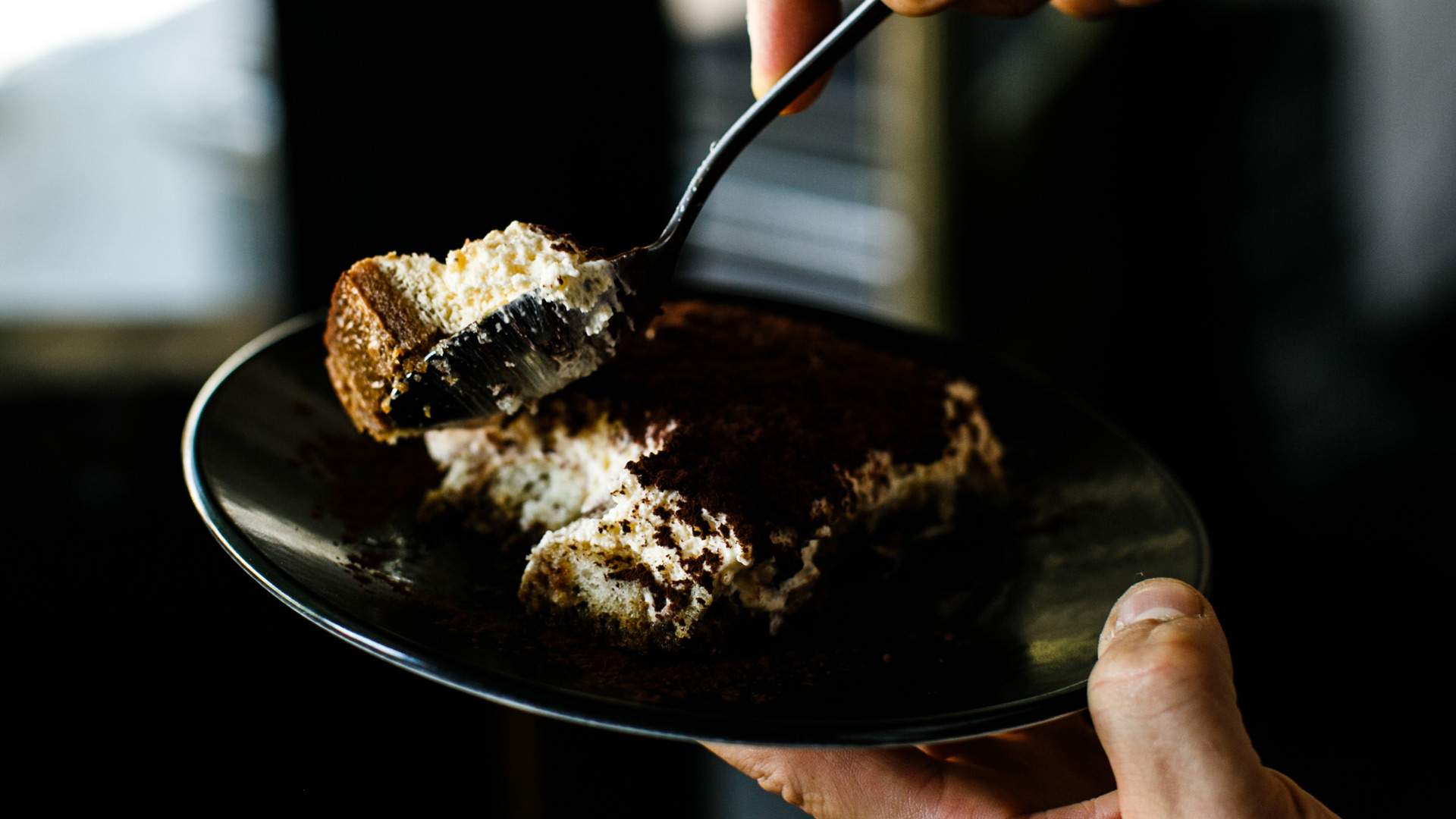 The tiramisu at Domenico De Marco's Giro D'Italia might look like any other tiramisu you have encountered, but De Marco follows his Nonna's recipe and makes everything from scratch. This includes the savoiardi biscuits and the mascarpone. And the trick to his lighter-than-usual version? He beats the egg whites with sugar syrup for 45 minutes. When this is then folded through the mascarpone, it creates a texture so light and fluffy it tastes as though you could be eating a cloud. It is served as Nonna would have served it, too, spooned out on a plate in one big dollop of deliciousness. It is hardly surprising that exquisite local liqueur would feature in Capitano's take on tiramisu, given the owners also run Fitzroy wine bar Bar Liberty. Here the tiramisu is made to order, and features sponge cake soaked in coffee cream and Marionette orange curaçao (made from navel, Seville and blood oranges sourced directly from 'Glenn', a third-generation citrus farmer in Mildura). You'll find a splash of Rutherglen muscat in the mascarpone cream, too. The suggestion is to share and the dessert comes out in a wide, flat circular dish with several spoons.