Five Stunning Works to Ogle at Sculpture by the Sea 2018

Here's what to look out for when wandering through the outdoor exhibition's 22nd iteration. 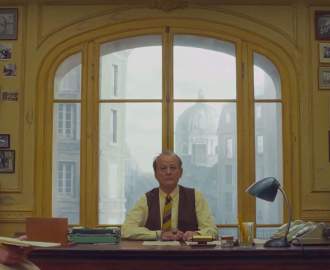 Five Stunning Works to Ogle at Sculpture by the Sea 2018

Here's what to look out for when wandering through the outdoor exhibition's 22nd iteration.

Sculpture by the Sea kicked off its 22nd annual exhibition today — once again taking over the two-kilometre coastline from Sydney's Bondi to Tamarama Beach with many incredible sculptural feats. This year, you'll find 107 sculptures by artists from 21 countries globally. The works will be on display from October 18 through November 4, and it's all absolutely free.

This year's highlights include a collaboration with China's leading art institute, the Central Academy of Art (CAFA), showcasing the works of eight alumni, all spread throughout the vast sculpture park. If you're looking to know more about the inspiration for the sculptures on display, you can grab a bean bag and hear directly from the artists every Saturday and Sunday.

But, with so many sculptures to feast your eyes on, it can be overwhelming — and you want to make sure not to overlook the best of the bunch. Here are five sculptures to keep a look out for while you take that famed Sydney walk. UK artist Cool Shit (the nom de plume of David Glass) has created a large-scale inflatable snorkeler as a parody of artist Damien Hirst — it reference's Hirst's quest for the tiger shark that made him one of the most iconic postmodern British artists of his time. Hirst caught the shark off of Queensland's Hervey Bay back in the 1990s, preserved it with formaldehyde and sold it as a sculpture in 2004 for some $12 million.

Glass' work is a comment on the commercialism of Hirst's work, titled The Physical Impossibility of Death in the Mind of Someone Living, which Glass feels was more a hunt for millions than for art. The inflatable sculpture is mainly air and the outer sheath is made of hundreds of hand-painted fabrics. Made of stainless steel bars and galvanised wire and mesh, CBD is a striking representation of the Sydney city centre, created by Polish-born Aussie artist Barbara Licha. She aims to bring attention to the structural beauty of our city and how we are connected not just to others but also to the place we live. This sculpture is full of movement and uses geometrical shapes to depict this intersection between people and place. It explores architecture as more than just a means to building houses, towns and cities but also as a form of art that connects us to our surroundings. A three-metre-tall fleshy figure has really stolen the show this year as the most recognisable sculpture of the bunch. Mu Boyan's Horizon rests on the south Bondi headland at Marks Park and its towering stature is markedly contrasted by its peaceful pose. According to Boyan, the Buddha-like figure is an invitation to sit alongside it and empty your mind. A meditative force to be reckoned with, the sculpture is one-of-eight works in collaboration with Beijing's Central Academy of Fine Arts. WA artist Penelope Forlano directly responded to the Bondi coastline in her sculpture Counterpoints, creating a work that is familiar yet contrasting to the natural surrounds. She began by focusing on the dynamic flow of the waves against the Hawkesbury sandstone — which once connected Australia to Antarctica 300-million years ago. The sculpture is reminiscent of both a water droplet and stone spearhead, the latter of which is meant to connect to nearby Aboriginal engravings. It is a shape that at once fits in and stands out, echoing both the enduring and ephemeral aspects of nature. Referencing human-made piles of stones that have been created by cultures around the globe for centuries, Cairns uses opaque and mirrored perspex to reflect light on its surrounds. Visit it during different times of the day and you'll find yourself bathed in shimmering hues of red, pink, orange and blue. The impermanence of this light also helps convey a dichotomy between the temporary and the enduring, which is also reflected by the ocean — its ebbing waves and its surrounding solid rocks. The three pieces are by Italian artist Alessandra Rossi, who has also exhibited across Australia.

Sculpture by the Sea runs until November 4. For more info, visit sculpturebythesea.com.

Published on October 19, 2018 by Marissa Ciampi