Instead of trying to postpone again around Sydney's current outbreak and lockdown, the light, music and art-filled festival will focus on planning for next year.

In news that sounds and feels familiar, and is also sadly not at all unexpected, Vivid Sydney has announced that this year's festival won't go ahead — at all. Last month, the event pushed back its planned 2021 dates from August to mid-September due to Sydney's current COVID-19 outbreak and ongoing lockdown; however, today, Friday, August 6, it has revealed that it's pulling the plug on the light, music and art-filled fest completely until 2022.

The 2021 festival had already been pushed from its usual June time slot to August (and then to September), after sitting out 2020 entirely due to the pandemic. This decision to scrap this year's fest is hardly surprising, though. Sydney Fringe Festival, which was also due to take place in September, also just cancelled its 2021 event. And, with Sydney's lockdown now six weeks in, set to run until at least the end of August and also still garnering high case numbers — 291 were identified in the 24 hours to 8pm on Thursday, August 5 — it's beginning to look more likely that other big events might not happen this year either. In a statement, Vivid organisers advised that "the New South Wales Government has made the difficult decision to cancel Vivid Sydney 2021 — but the world's largest festival of light, music and ideas will shine brightly again in May–June 2022. Given the ongoing uncertainty, the decision has been made to cancel Vivid Sydney 2021 to minimise the impact on event attendees, partners, artists, sponsors and suppliers."

If you're keen to mark the new dates in your diary, the 2022 event will kick off on Friday, May 27 and run through until Sunday, June 18.

Announcing the news, NSW Minister for Jobs, Investment, Tourism and Western Sydney Stuart Ayres said that cancelling this year's Vivid now was the sensible move. "We thank everyone who has contributed to the planning for Vivid Sydney 2021. Of course, it's incredibly disappointing to cancel for the second year, but the most responsible decision was to cancel early, giving everyone certainty and minimising impacts where possible. The health and safety of our community is our highest priority, which is why we're encouraging everyone to get vaccinated so we can get back to enjoying COVID-safe events again soon," he said.

Back in July, when Vivid was postponed until September, the Minister had commented that this year's event would only proceed if it's safe to do so. 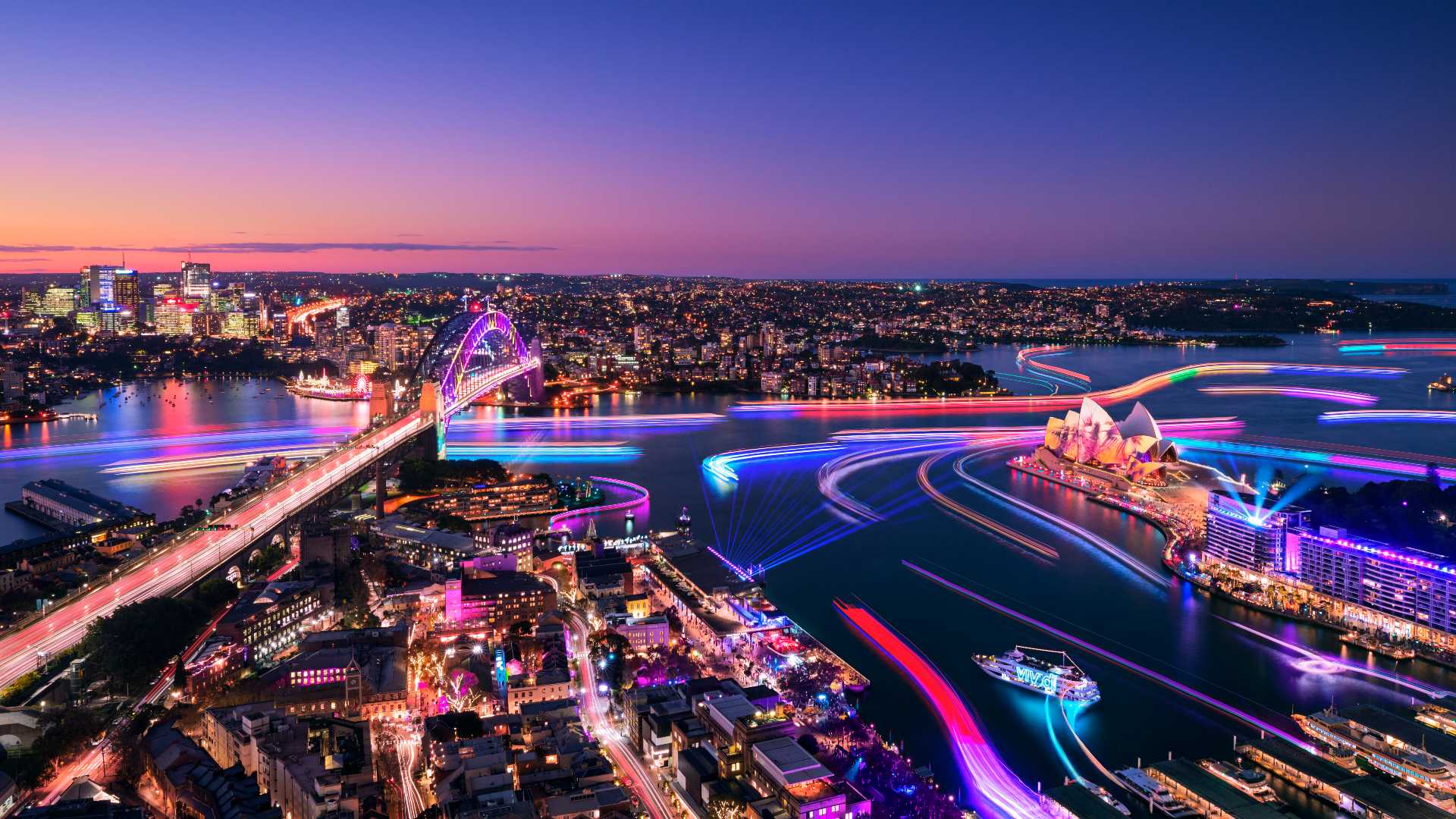 Vivid 2021 was slated to feature a hefty array of light installations, cultural events, pop-ups and activations, with the full program announced back in May.

Alongside Sydney Fringe Festival, a number of big NSW events have now been impacted by the pandemic two years running. The same thing happened with Bluesfest, which was cancelled in 2020, then scrapped a few days before it was meant to start in April this year, and then rescheduled until October — and with this year's Sydney Film Festival, too, which moved to August this year from its usual June time slot, and has now been postponed until November.