The Grampians Peaks Trail takes 13 days to traverse in full, spanning from Mount Zero in the north to Dunkeld in the south.

Victoria's Grampians National Park has long been home to world-class hiking trails, but it's just scored a giant new one that's a whole trip in itself. Start stretching, hikers, because this is a big one — a 160-kilometre trail that takes 13 days to traverse, in fact.

Originally set to be completed in 2020, but finally officially opening to the public on Saturday, November 12 — just in time for summer, handily — the Grampians Peaks Trail connects some of the Grampians' best mountain peaks. If you start at Mount Zero in the north and start heading southwards, you'll pass over the summit of Gar (Mount Difficult), and then hit Halls Gap. You'll also mosey through and past Redman Bluff, Mount William, Major Mitchell Plateau, Signal Peak, Mount Abrupt and Mount Sturgeon en route to Dunkeld, spying panoramic views of the southern volcanic plains along the way, and winding through the park's low-lying greenery and waterfalls, too.

Eleven hike-in campgrounds are situated along the trail, complete with raised tent pads and communal shelters, plus small huts at two sites. That said, the entire track has been designed so that everyone can get some use out of it — whether you're looking for a leisurely day trip or an overnight hike, or you're ready to commit to an epic two-week adventure. 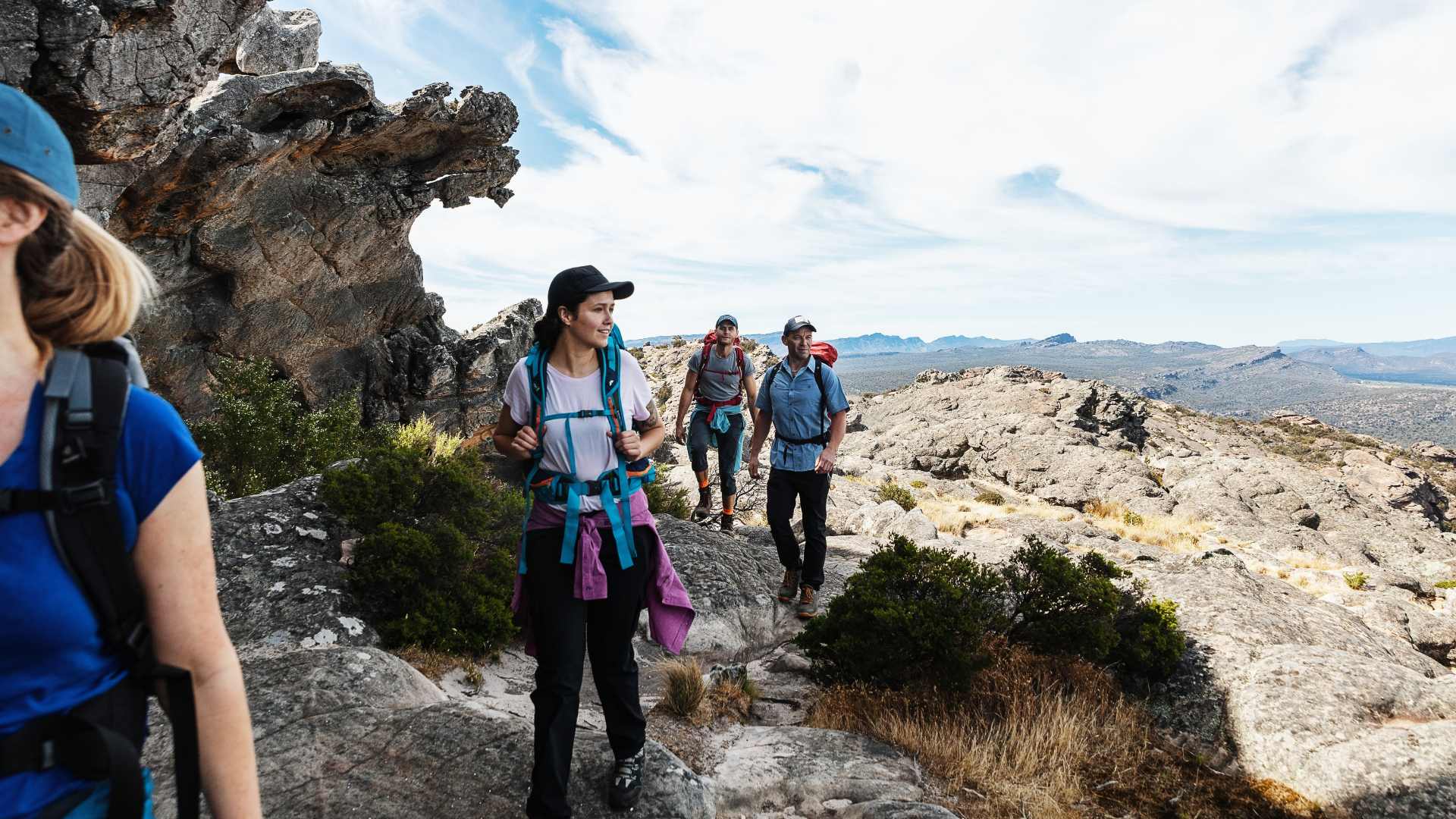 Gariwerd — as it's known by the land's Traditional Owners, the Jardwadjali and Djab Wurrung peoples — is more than just its rugged, sandstone mountains. The park is heritage-listed for its Indigenous significance, including its ancient rock art paintings and shelters, as well as for its abundance of animal and plant life, plus its damn spectacular views.

If you're now raring to get started, there are one-day treks at Mount Stapylton, the lower waterfalls of Gar (Mount Difficult), the Lake Wartook lookout, Signal Peak and from Lake Wartook lookout to Halls Gap. Overnight treks come with stopovers at either the Barigar and Bugiga campgrounds, while suggested three-day itineraries span Gar and Werdug, Bugiga and Barri Yalug, Duwul and Durd Durd, Yarram and Wannon, and Djardji-djawara and Mud-dadjug.

Grampians Peaks Trail was funded via a $33.2 million project, including $23.2 million from the Victorian Government and $10 million from the Commonwealth Government via Horsham Rural City Council. The Victorian Government has also committed cash to other parts of Grampians National Park, with $7.76 million earmarked for upgrading the MacKenzie Falls visitor area, $5.8 million for Brambuk — the National Park and Cultural Centre and $5.5 million to add more access points to the trail.

The Grampians Peaks Trail is now open. For further information, head to the Parks Victoria website.