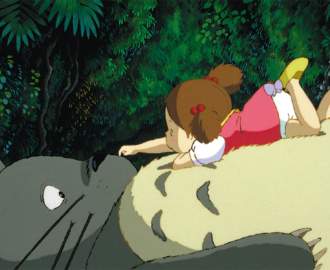 Prepare to spend more time scrolling through streaming queues from this November onwards — that's when Apple's new film and television platform will arrive.

Called Apple TV+, announced earlier this year and just revealing that it'll launch on November 1, the new subscription service will feature a heap of new original television shows, movies and documentaries. They'll all be available ad-free and on demand, with access via the company's existing Apple TV app and the Apple TV+ website.

The platform will debut just a few weeks before Disney's new streaming service, Disney+. And, like the Mouse House's foray into the world of online viewing, Apple TV+ will come relatively cheap. Australian viewers will be able to subscribe for $7.99 per month, while New Zealanders can sign up for $8.99 per month.

While Apple doesn't have its own decades-old library of content to draw upon, like its sizeable competitor, it is investing a heap of cash into new shows. The company has revealed a sizeable lineup of new original series it hopes will attract your TV-loving eyeballs — and plenty of stars to go with them.

Fancy watching Reese Witherspoon, Jennifer Aniston and Steve Carell navigate the world of morning television in the appropriately titled drama series Morning Wars? Jason Momoa in a new sci-fi show called See, which is set in a world where humans are born blind? A reboot of 90s kids favourite Ghostwriter? A new docu-series from Oprah — and the return of her book club? They're all on the way, and will be available from the outset. Most series will premiere with three episodes, then roll out one new instalment per week afterwards — although some will drop full seasons at once.

At launch, the above shows will also be joined by Dickinson, with Hailee Steinfeld playing poet Emily Dickinson, plus Snoopy in Space, a new Peanuts production about the beagle's desire to become an astronaut. Or, you can look forward to documentary The Elephant Queen, exploring the animal species and their proximity to extinction, and For All Mankind, which'll ponder what could've happened if America was still literally reaching for the stars.

Down the line, Apple TV+ will also be home to Servant, a new psychological thriller from M. Night Shyamalan; Truth Be Told, which is based on a novel about true crime podcasts and features Octavia Spencer and Aaron Paul; and Samuel L. Jackson and Anthony Mackie-starring flick The Banker, about two African American entrepreneurs trying to make it in the 50s.

As well as being available on iPhones, iPads, Apple TV and the iPod touch, the Apple TV app is accessible via select Samsung smart TVs, and will hit Amazon Fire TV, LG, Roku, Sony and VIZIO platforms sometime in the future, too.

Apple TV+ is set to launch on November 1. For more details, or to sign up for future updates, visit the streaming platform's website.