Although an exact opening date hasn't yet been announced — and its launch has already been pushed back due to the COVID-19 pandemic — in 2021 you'll be able to enjoy a real-life Mario Kart experience as part of the first-ever Super Nintendo World. Initially announced back in 2017, the new site is joining Universal Studios in Osaka, with the park revealing this month that it'll open its latest addition early in the new year.

Just what Super Nintendo World will entail has been a source of mystery over the past few years, but more and more details are slowly being unveiled. Yes, Mario Kart features as part of a new ride, with Mark Woodbury, President of Universal Creative and Vice Chairman Universal Parks & Resorts, calling the racing component "a new kind of attraction". Exactly what that means is yet to be revealed; however, it's safe to assume that fans will be able to strap into some kind of moving kart. What else could a Mario Kart ride feature? 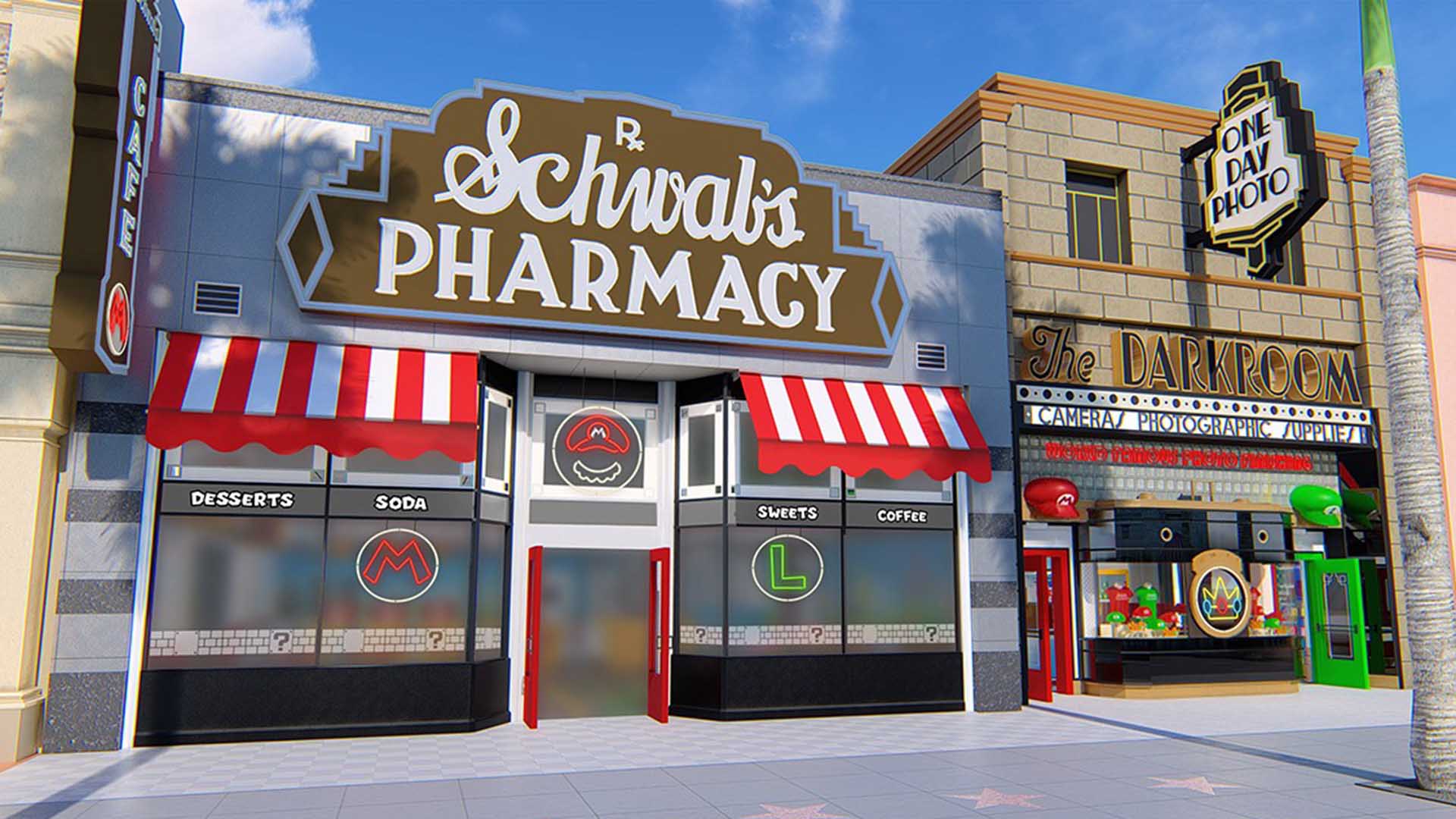 Osaka's Super Nintendo World will also take over multiple levels — fitting for a gaming-themed space — and recreate the brand's popular characters and themes, complete with other rides, restaurants and shops. A certain highlight: the world's first Mario cafe, which is actually launching this week, on Friday, October 16, ahead of the rest of the site. Here, patrons will be surrounded by oversized Mario and Luigi hat sculptures, the whole space will be kitted out with a red and green colour scheme, and Mario Kart-style checkered floors will be a feature. As for what you'll be snacking on, there'll be Mario pancake sandwiches and cream sodas, plus other drinks available in 'super mushroom' souvenir bottles.

Basically, in general around the venue, you can expect Mario and Mario-related characters to pop up often — with Universal Studios confirming that it'll boast a Yoshi ride, a Mushroom Kingdom, Peach's Castle and Bowser's Castle. "Think of Super Nintendo World as a life-size, living video game where you become one of the characters," explained Thierry Coup, Senior Vice President and Chief Creative Officer, Universal Creative. "You're not just playing the game; you're living the game, you're living the adventure."

While it doesn't give away a whole lot, Universal Studios previously released a new Super Nintendo World song and music video with Charli XCX and Galantis, which they say "showcases the activities based on the real and interactive experiences available at Super Nintendo World". For now, all other specifics remain sparse; however, given that Nintendo's game stable includes everything from Donkey Kong to Tetris and The Legend of Zelda, there's plenty more to play with. Our suggestions: real-life Tetris, where you move bricks around in person, or a Donkey Kong water ride that uses the game's iconic aquatic music.

Super Nintendo World is slated to open at Universal Studios Osaka in early 2021 — we'll update you with an exact date when one is announced.