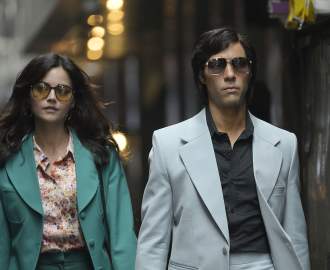 It was originally planned to run for six seasons, then reduced back to five — and now it has been extended to six again.

At the beginning of 2020, Netflix announced news that no fan of The Crown wanted to hear: that, when the royal drama's fifth season hits the streaming service, the show will come to an end. While the revelation didn't mean that the popular series would be finishing up anytime soon — the series' third season only released via Netflix last November — it did cut short creator Peter Morgan's original six-season plan. It also meant that The Crown's storyline probably wouldn't venture too far into the 21st century.

Six months is a long time in the entertainment world, though (and it seems even longer during a pandemic, as we all know). Having a change of heart, Netflix has now announced that The Crown will carry on for a sixth season after all. When it airs — after season four and five hit the streaming platform, obviously, so likely still a couple of years away — it really will mark the end of the series.

In a Netflix tweet, Morgan explained the change of plans, noting that "as we started to discuss the storylines for series five, it soon became clear that in order to do justice to the richness and complexity of the story we should go back to the original plan and do six seasons".

That means that viewers will watch one more season with Oscar-winner Olivia Colman as Queen Elizabeth II, before seeing Downton Abbey, Maleficent and Paddington star Imelda Staunton — an Oscar nominee for Vera Drake, and known for playing the Harry Potter franchise's Dolores Umbridge — don the titular headwear for seasons five and six. Of course, Colman herself took over from season one and two star Claire Foy.

With the fourth season in the works at the moment and set to take place during Margaret Thatcher's time as Britain's prime minister — and feature Princess Diana, who'll be played by Pennyworth's Emma Corrin — the fifth and sixth seasons are then expected to follow the Queen as the 2000s arrive. And, while Netflix hasn't unveiled the entire roster of actors that'll be joining Staunton in the show's final two batches of episodes, it has revealed that Princess Margaret will be played by Staunton's Maleficent co-star and Phantom Thread Oscar-nominee Lesley Manville. She'll take over the role from Helena Bonham Carter (in seasons three and four) and Vanessa Kirby (in seasons one and two).

In case you haven't watched The Crown's third season yet, check out the trailer below:

The Crown's fourth season is expected to hit Netflix towards the end of 2020 — we'll update you with exact details when a specific release date is announced.