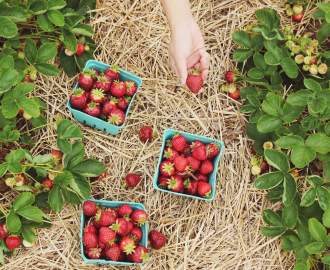 In much of The Queen's Gambit, Beth Harmon sits at a chessboard. As a child (Isla Johnston), she pulls up a chair in the basement of the orphanage she calls home and demands that janitor Mr Shaibel (Bill Camp, The Outsider) teach her the game. As a teenager (Anya Taylor-Joy, The New Mutants), she plays whenever she's able, earning a reputation as a chess prodigy. As her confidence and fame grows, she demonstrates her prowess at tournaments around America and the globe, while also spending her spare time hunched over knights, rooks, bishops and pawns studying moves and tactics. None of the above sounds like innately thrilling television unless you're a chess grandmaster, but this seven-part Netflix miniseries firmly proves that you should never judge a show by its brief description.

Based on the 1983 novel of the same name by Walter Tevis, written and directed by Oscar-nominee Scott Frank (Out of Sight, Logan), and dripping with lavish 50s and 60s decor and costuming to reflect its period setting, The Queen's Gambit doesn't expect that all its viewers will be chess aficionados. But it's made with a canny awareness that anything can be tense, suspenseful and involving — and that every different type of game there is says much about its players and devotees. The series doesn't lack in creative and inventive ways to depict chess on-screen, whether projecting imagined matches onto the ceiling or peering down on competitive bouts directly from above. It knows when to hang on every single move of a pivotal game, and when to focus on the bigger story surrounding a particular match or Beth path through the chess world in general. And it's especially astute at illustrating how a pastime based on precision and strategy offers an orphaned girl a way to control one lone aspect of her tumultuous and constantly changing life.

Indeed, from its very first moments, the series peppers all that chess gameplay throughout a knotty coming-of-age tale — because, while this is definitely a show about chess that serves up an underdog sports narrative, it's really a story about Beth's journey. After a family tragedy, she arrives at a Kentucky orphanage as a defiant slip of a girl. Forced to navigate a stern and strict environment, she finds solace in the tranquillisers that are handed out to the children like lollies, and in the game that instantly piques her curiosity from the moment that she spies Mr Shaibel playing it. Both will change her life, not only during her stint in institutionalised care, but when she's later adopted by the lonely Alma Wheatley (Marielle Heller, who is best-known for directing The Diary of a Teenage Girl, Can You Ever Forgive Me? and A Beautiful Day in the Neighbourhood) and her frequently absent husband (Patrick Kennedy, Peterloo). By the time that Beth is busing around the US and jetting around the world to compete with the game's most formidable players, however, she's also leaning on alcohol as a coping mechanism.

Taylor-Joy has had a busy 2020 — or, to be more accurate, audiences Down Under have been spoiled for opportunities to see her on-screen this year. The New Mutants finally reached cinemas after hefty delays, Radioactive just arrived locally after debuting overseas in 2019, and Emma released back before the pandemic changed 2020 forever. But The Queen's Gambit is her best role of the year and, alongside 2014's The Witch, her best work yet. Playing a teen and then a young woman who is constantly changing from moment to moment, and making that reality feel authentic and relatable, she's one of the key reasons that the series is so compelling. She's also crucial to all those chess scenes, with her determined stare and the gleam in her eyes the source of much of the show's weight and tension. She's in excellent company, too, not only thanks to Heller and Camp but also first-timer Moses Ingram as Beth's fellow orphanage resident and Thomas Brodie-Sangster (Game of Thrones, Love Actually) as the cowboy hat-wearing reigning US chess champ; however, she's always the most pivotal piece on the board.

Before his death in 2008, Heath Ledger had been preparing to bring The Queen's Gambit to cinemas. It would've marked his directorial debut, and he would've co-starred alongside Ellen Page as Beth. We'll never know how that might've turned out, but this tale works exceptionally well as a miniseries, with the longer duration giving it room to breathe and affording its central character and the themes she's grappling with the space they need to ferment. The Queen's Gambit also benefits from arriving post-Mad Men, a show that it shares a time period with, and visually resembles again and again. And it now reaches viewers at a time when more stories about women fighting their way through male-dominated realms are being made; Frank himself was also behind Netflix's seven-part western Godless, for example.

When you start dreaming about chess after watching a single episode, you'll know you're hooked.

The Queen's Gambit is available to stream via Netflix.