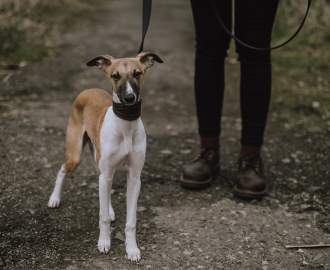 The feisty female spy franchise is back (again) with a great Kristen Stewart-led cast, but an inescapably generic feel. 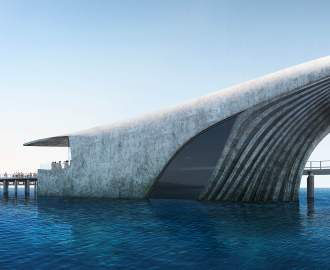 The feisty female spy franchise is back (again) with a great Kristen Stewart-led cast, but an inescapably generic feel.

The first line of Charlie's Angels circa 2019, uttered by a glammed-up Kristen Stewart, makes a statement. "I think women can do anything," Stewart's Sabina Wilson tells Australian Jonny (Chris Pang), responding to his smug assertions otherwise. Naturally, Sabina is swiftly forced to prove her point. The film she's in conveys this notion across its duration, too, although not always in the way that it intends. Written and directed by Elizabeth Banks (as well as co-starring the actor-turned-filmmaker), the third iteration of Charlie's Angels embraces the idea that women can do whatever they please — and, more importantly, that women needn't fit any mould. And yet, by emphasising these messages in a movie that's largely generic, there's an emptiness behind the film's empowering words.

Sabina's altercation with Jonny is just the action-packed picture's opening punch. A year later, when computer programmer Elena Houghlin (Naomi Scott) seeks the Angels' help, the movie kicks its main narrative into gear. Meeting with Bosley (Djimon Hounsou), Elena explains that she's been working on a revolutionary clean-energy project, but it can be weaponised — and, just as it's about to hit the shelves, her boss (Nat Faxon) is hiding that fact from his boss (Sam Claflin). When, mid-conversation, a tattooed henchman (Jonathan Tucker) starts shooting Elena and Bosley's way, the main Angels swoop in. Soon, Sabina and no-nonsense ex-MI6 agent Jane Kano (Ella Balinska) are protecting Elena, trying to save the world and showing their new friend the wig-wearing, outfit-changing, globe-trotting, go-get-'em-girl spy ropes.

Four decades since the initial Charlie's Angels hit the small screen, and nearly 20 years after the first two films brought the concept to cinemas, this feisty espionage franchise sports a few superficial changes. Like Men In Black (albeit far more convincingly), the Angels have gone international in this reboot-slash-revival (it introduces a new team, but exists in the same world as its predecessors). Plus, Bosley is now a rank rather than a specific person. So, Patrick Stewart also plays a Bosley. He's the retiring senior figure, as well as the man who spread the organisation's wings. Banks is a Bosley too, with her character overseeing Sabina, Jane and Elena's mission, singing day drinking's praises and stressing that there's nothing wrong with needing a hug in a time of crisis.

That sentiment from Banks also makes a statement — one that's as crucial as KStew's opening words. Charlie's Angels is guilty of including a few easy female stereotypes (a love of cheese and a fondness for big wardrobes, for example); however it also highlights that being formidable and being vulnerable aren't polar opposites. From Farrah Fawcett, Jaclyn Smith and Kate Jackson to Drew Barrymore, Lucy Liu and Cameron Diaz, viewers have already seen previous Angels demonstrate different strengths and play dress-up as different kinds of women. Here, they let their multi-faceted personalities shine. Each of the new Angels does this in their own way, and it's a meaningful touch. It's also something that isn't always part of the 'strong female lead' package, with Hollywood frequently struggling to realise that proficient and powerful women aren't one-dimensional.

With that in mind, Stewart, Balinska and Scott make a lively crew. While Stewart provides the off-screen star power, the three actors share the on-screen spotlight. Indeed, although Stewart is set up to steal scenes as the goofiest member of the group — playing against her usual type of late (see: Clouds of Sils Maria, Certain Women and Personal Shopper) — her co-stars make as much of a splash. Balinska cracks Jane's stern exterior, but never lets either her tough or open sides seem like a flaw. Scott, already a standout in this year's live-action Aladdin remake, plays the awkward but capable newcomer with charm. Banks often saddles the three leads with stating the obvious and relaying exposition, but they're a trio that audiences won't mind spending time with. And, in resurrecting a decades-old property, that's really the movie's main point.

It's an incredibly timely moment to be back in the Charlie's Angels game, as Banks clearly recognises, but her task isn't simple. Sitting in the director's chair for the second time (after Pitch Perfect 2), she's charged with updating the series in-line with today's #MeToo mindset, and also reviving a potential cash cow. Filmmaking is a business, so the second part of the equation was always going to weigh heavier than the first for Sony. Cue action scenes that, though energetic and well-executed, rarely leave an imprint — especially given that nicely choreographed espionage antics are oh-so-common cinema fodder these days. Cue an overall mood that's perky, dips into thoughtful territory, yet still has a noticeable cookie-cutter vibe. And, of course, cue an engaging-enough but inescapably standard movie that's primarily here to whet appetites for more sassy girl-power antics to come. Yep, amidst the many things that women can do, they can star in passable franchise scene-setters as well.