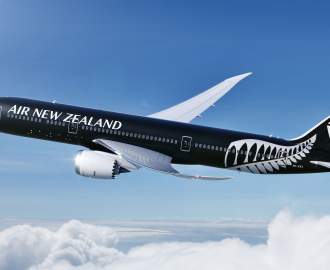 After shuffling through cinemas for decades, the zombie genre has begun to resemble its flesh-eating undead antagonists. It seems that almost every new film takes a chunky bite out of its predecessors, whether nodding to George A Romero's seminal Night of the Living Dead, Dawn of the Dead and the rest of the Dead saga — as virtually everything does — or opting for more recent references like 28 Days Later. South Korea's Train to Busan franchise is no different, but it is willing to look far and wide for influences. Indeed, when the series first hit the big screen, it took a Snakes on a Plane-esque idea and changed it to zombies on a train, because who doesn't want to watch a speeding locomotive full of living, breathing humans battle brain-munching foes? Train to Busan not only made a top-notch action/horror-thriller flick in the process, too, but spawned an animated prequel in Seoul Station, which detailed the start of the zombie epidemic in another city. Now, series director Yeon Sang-ho expands upon his universe yet again with four-years-later sequel Peninsula.

This time, via a bloody boat ride to Hong Kong and a glimpse of ex-pat life for South Koreans now stranded abroad — spoiler: parallels to COVID-19-era racism abound — Incheon is the franchise's new setting. And, in terms of taking his cues from a variety of sources, Yeon clearly adores another genre as well. Peninsula opts for decidedly dystopian Mad Max-meets-Fast and Furious-meets-World War Z heist flick setup, with a big heap of Escape from New York also thrown in. As with Train to Busan, it works. Peninsula doesn't quite reach its predecessor's heights or add anything new to the heaving undead genre. In fact, it also cribs liberally from the storyline that served the saga's first film so well, just with new characters and a different locale. Nonetheless, Yeon twists his familiar zombie and action elements into a frenetic thriller that's rarely less than thoroughly entertaining.

If, prior to 2016, you'd ever wondered what might happen should zombies infest South Korea, this series has already provided a few answers. Now, if you've been pondering what could possibly occur next, Peninsula has plenty more thoughts. The less time spent thinking about the film's terrible English-language talk show clips, which spew exposition at viewers in a cringe-inducing fashion, the better — but they do provide some narrative context. Unsurprisingly, zombies have wholly overrun Peninsula's titular land mass, turning it into a wasteland. That said, they've curiously decided to respect the demilitarised zone and not venture into North Korea, a briefly mentioned development that seems designed to set up the next sequel.

Initially lucky enough to flee, army Captain Jung-seok (Gang Dong-won) and his brother-in-law Chul-min (Kim Do-yoon) now get by however they can, with the former wracked with guilt for failing to help others on his way out of the country and the latter festering with grief over his own losses. They're subsequently prime targets for a mob of Hong Kong heavies who want to send them back to the abandoned and quarantined Incheon, where a truck filled with cash awaits. Zombies don't care about money, of course, so the city's valuables are there for the taking. But Incheon isn't completely empty. Min-jung (Lee Jung-hyun), her daughters Joon (Lee Re) and Yu-jin (Lee Ye-won), and her father (Kwon Hae-hyo) were never able to escape, so they've spent years evading the undead. Also roaming the streets is a brutal rogue militia group that calls itself Unit 631 and pits survivors against zombies Fight Club-style for sport.

As co-scripted by Yeon and Train to Busan's Park Joo-Suk, Peninsula isn't a film about plot surprises — rather, it's a movie predicated upon setpieces and suspense. Splashing an ample array of eye-catching, unnervingly tense action scenes across the screen is the name of the game here, as well as keeping viewers on the edge of their seats while they're watching. The special effects don't always hold up, but Yeon otherwise achieves his aim with rip-roaring flair. Fresh from scoring an Oscar nomination for Parasite, editor Yang Jin-mo gets to show off his hefty skills, too, especially in the feature's big and small car chases (including the inventive use of lit-up remote-controlled cars to distract and shepherd Incheon's hordes).

Predictable as it is, Peninsula's narrative still does what it needs to, providing the scaffolding for the movie's action onslaught. Even better, thanks to the film's engaging cast — especially the trio of Lee Jung-hyun, Lee Re and Lee Ye-won — it benefits from grounded performances that ensure that the audience is invested in the feature's characters. But the part of Peninsula that Yeon truly perfects is also its most obvious aspect: its commentary on humanity's savage nature when faced with anything beyond the status quo. Many a movie has sunk its teeth into the same subject before, including several of the aforementioned flicks that Peninsula owes an overt debt to, but this oh-so-timely exploration of barbarity, carnage and an every-person-for-themselves mindset during a life-changing contagious outbreak repeatedly chomps down hard.